5 minutes with: Mark Harper, Head of Design at Dernier & Hamlyn

Ahead of Hotel Designs’ next roundtable, in association with Dernier & Hamlyn, on bespoke possibilities in luxury design, editor Hamish Kilburn caught up with the brand’s Head of Design, Mark Harper to understand bespoke lighting’s role in tomorrow’s hotel…

Mark Harper is Head of Design at bespoke lighting manufacturer Dernier & Hamlyn. He worked in various manufacturing and design roles and, after a brief spell at other bespoke manufacturers recently returned to the company’s new premises in Surrey. We caught up with him (over Zoom obviously) to talk lamps, lifestyle and lightbulb moments.

Hamish Kilburn: How long have you worked in the lighting industry?

HK: In that time, what have been the major changes you have seen in hotel design?

MH: Mostly to do with the use of technology. When I started out it was nearly all bayonet cap and ES lamp holders, then fluorescent lights became a really big thing and now, of course, LED is the lighting technology of choice. The light they produced was a bit cold and not very user friendly at first, but they have got progressively better and better and it’s rare that anything else is used in most places now.

Also, the technology that we use for both design and manufacturing has really changed the way we work. Things such as CNC and laser cutting has drastically altered production methods and CAD, while 3D rendering and printing has given more scope to the design, development and presentation of our work.  Although I still prefer putting pencil to paper at least during the initial stages of a project. I think it is the best way to experiment with what can be achieved and means I can put my heart into it so that the lighting that is finally in situ in beautiful hotels is part of me as well as the designer’s aspirations.

“It used to be all about varied finishes on metals, and although there is still a lot of that, we are increasingly seeing specifications that include combinations of various woods.” – Mark Harper, Head of Design, Dernier & Hamlyn. 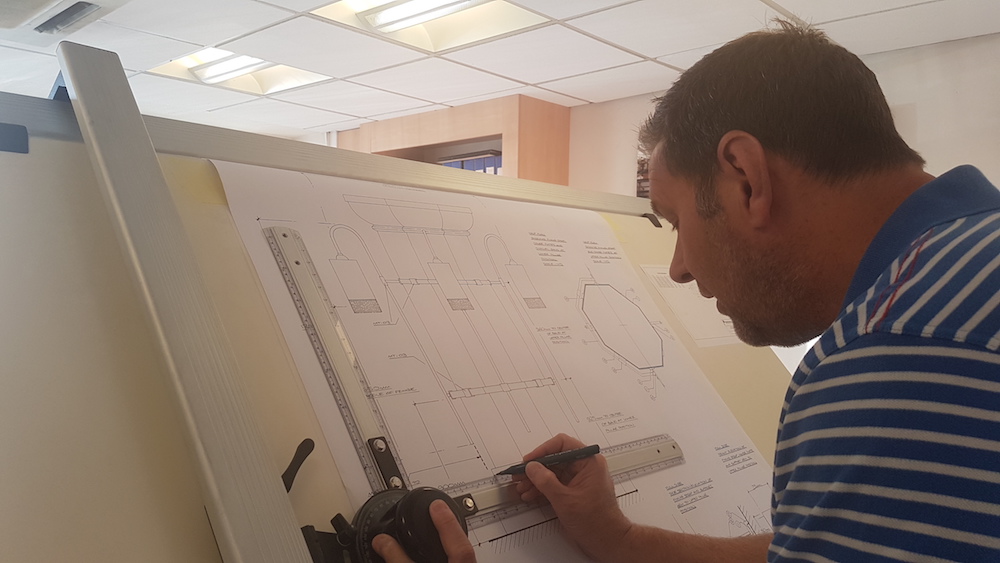 HK: And what would you say are the current challenges you are dealing with?

MH: Sourcing the diverse materials that designers want for their bespoke lighting can be challenging. It used to be all about varied finishes on metals, and although there is still a lot of that, we are increasingly seeing specifications that include combinations of various woods and even skins.

HK: We like to remain upbeat here at Hotel Designs. What are you most looking forward to in 2021?

MH: Hospitality getting back to business. In regards to work, that means sharpening those pencils and helping designers achieve their bespoke lighting dreams for their clients. We’re really looking forward to inviting designers and their clients into our new studio so that we can work collaboratively to engineer and produce the bespoke lighting they want. And out of work that means getting together with friends and family again and enjoying their company. 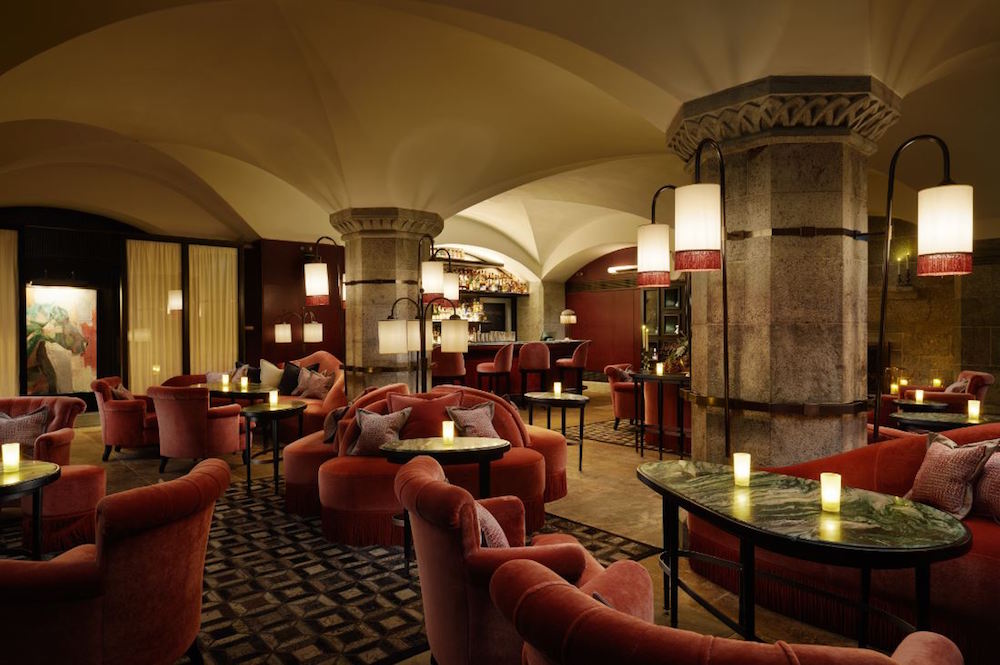 HK: Are there implications for bespoke lighting post-pandemic?

MH: Not really, but we are, of course, feeling the effects of what is happening to hospitality with people working from home and not coming to our factory as much as they have in the past as well as some holding back of projects. We are starting to see this turn around, which is great for everyone involved in the industry.

HK: What do you think will be the upcoming trends in hospitality design?

MH: I think there will be more and more focus on sustainability, both of the materials utilised and energy usage.

Massive leaps forward have been achieved with the use of LEDs which use around 90 per cent less energy and have a life-expectancy that is 20 times longer than a typical incandescent bulb. This also means they need replacing much less frequently which is good news for hotel operators and their staff and also for designers who can be more confident that their painstakingly designed light fittings, will be kept illuminated as they intended, which was often not the case in the past when non-working lightbulbs were sometimes not replaced for months.

Provenance of the materials we use is increasingly important and will become even more so as younger designers, who tend to be more ethically aware, come through and will want ever more transparency about where and how things were sourced and produced.

HK: What would you have been if you hadn’t been a lighting designer?

MH: Something to do with sport. Probably training of some kind. I was a county level squash player at 17 and also played football to a fairly high standard but stopped most of it when I discovered the kind of things that boys in their late teens usually do. Although I love my job, earning your living from sport must be brilliant. And I’d be fitter a lot than I am too!

HK: What has been your favourite hospitality project?

MH: I have worked on so many over the years that it’s impossible to pick one. Standouts include Adare Manor  and Gleneagles (which Hotel Designs reviewed) both of which are places with illustrious pasts that needed the lighting to make reference to this, while contributing to the designer’s aim for their future ambitions. 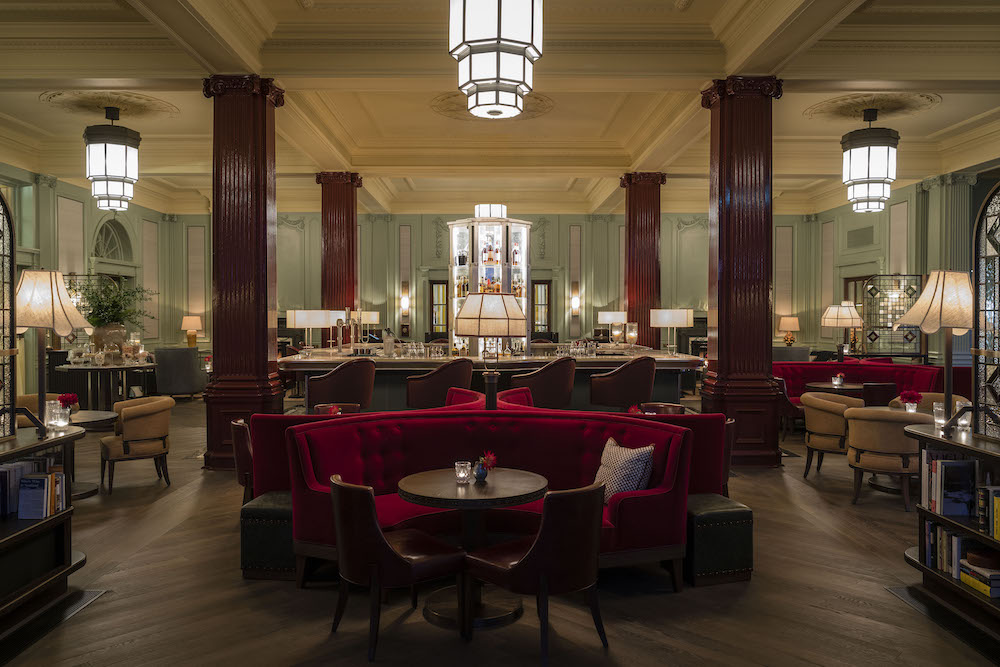 Bob Bob Cite, the amazing 190 cover restaurant in the Leadenhall Building, which we made more than 400 light fittings for was brilliant to be part of. And the recent project we have worked on which has been fantastic is lighting for the beautiful restaurant, bar and private dining room at Nobu Hotel London Portman Square. I love the way that the designers have engendered a modern feel with really clever and subtle traditional Japanese twists. 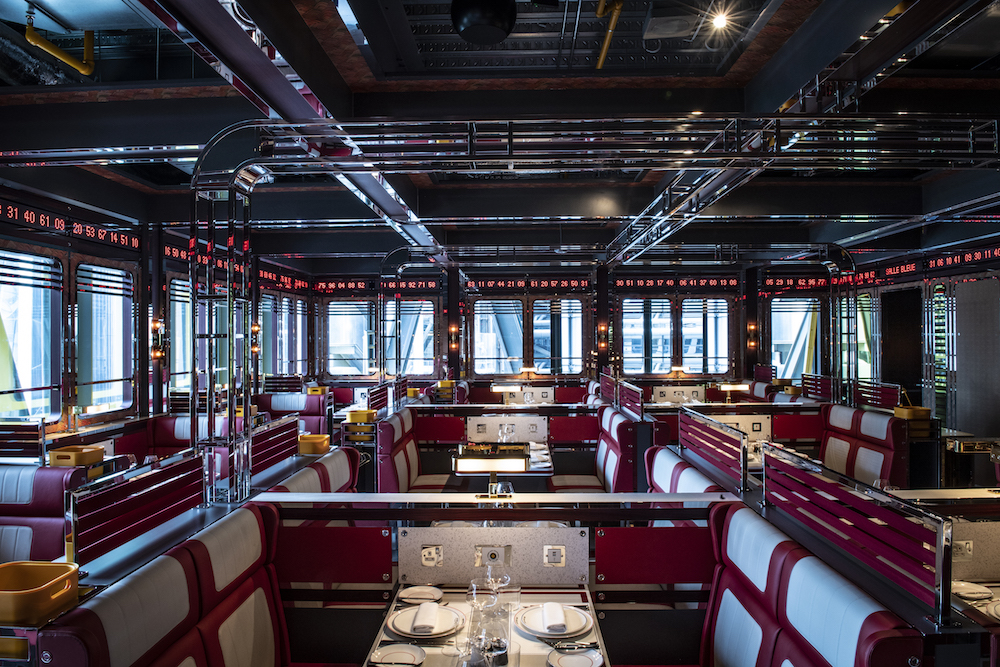 HK: What are the best and worst traits in the designers you have worked with?

MH: The best are those who have a clear vision for what they are trying to achieve with their projects and the role that the bespoke lighting they have specified has in it. I’d rather not dwell on the negatives, but let’s call it indecisiveness to be polite.