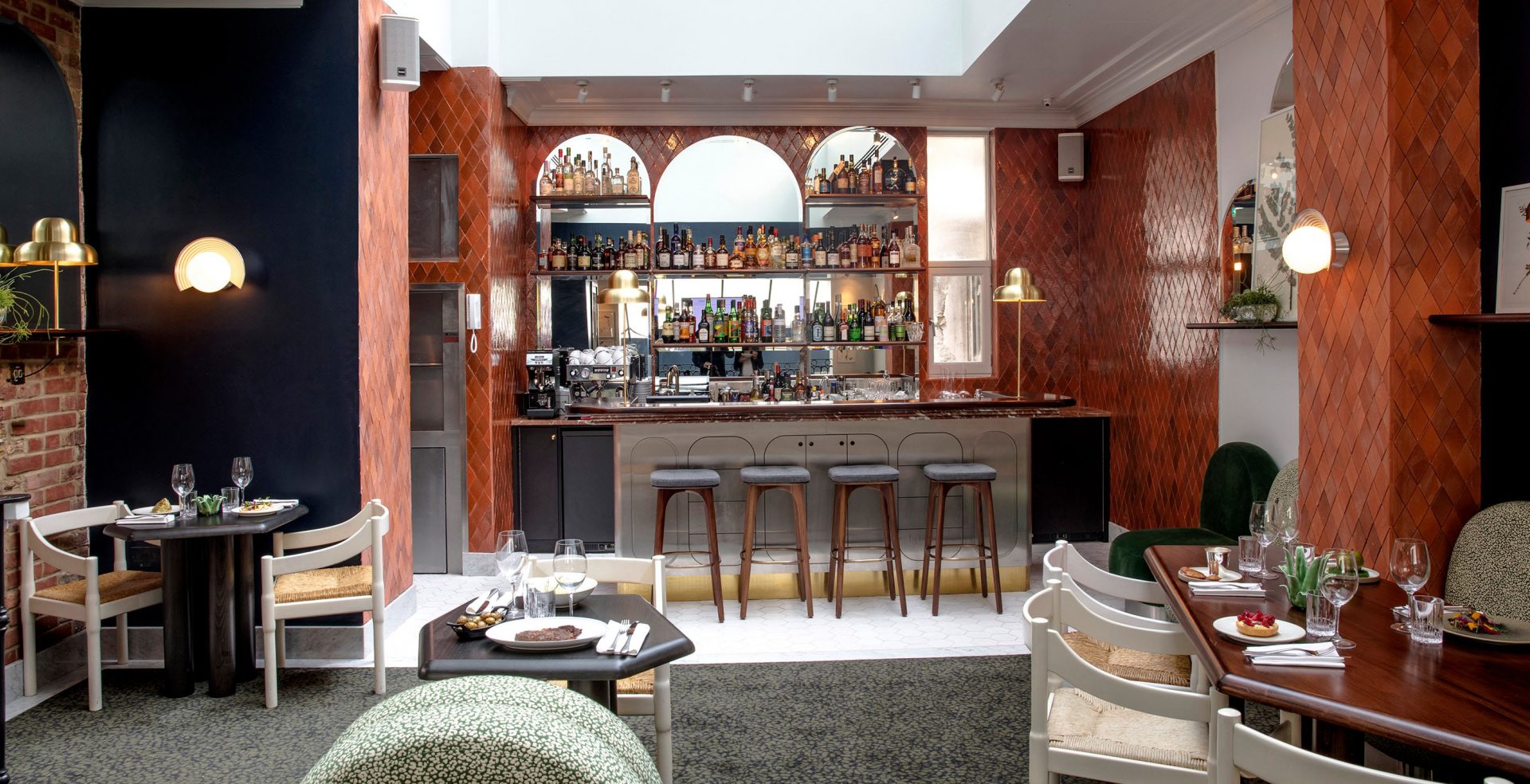 Londoners, and visitors to London, will know Henrietta Street, even if they don’t know it by name. The unassuming road is one of four framing Covent Garden Piazza, and has celebrated restaurants Flat Iron, and new opening Frenchie, on it. It also houses the relatively new Henrietta Hotel.

You’d blink and miss it. Behind a stately jet black door, the hotel is purposefully unassuming, to the point that this reviewer walked past it twice, without spotting it on both attempts at entry. Once in the day, and once at night. Thankfully I wasn’t hungry.

At first sight the lobby is equally unassuming, like a private home, only past check in, things quickly get eccentric. In the adjoined bar and restaurant, eponymously titled Henrietta, and upstairs in the rooms, the hotel’s design is loud and proud. In fact it’s why guests visit the Henrietta in the first place. 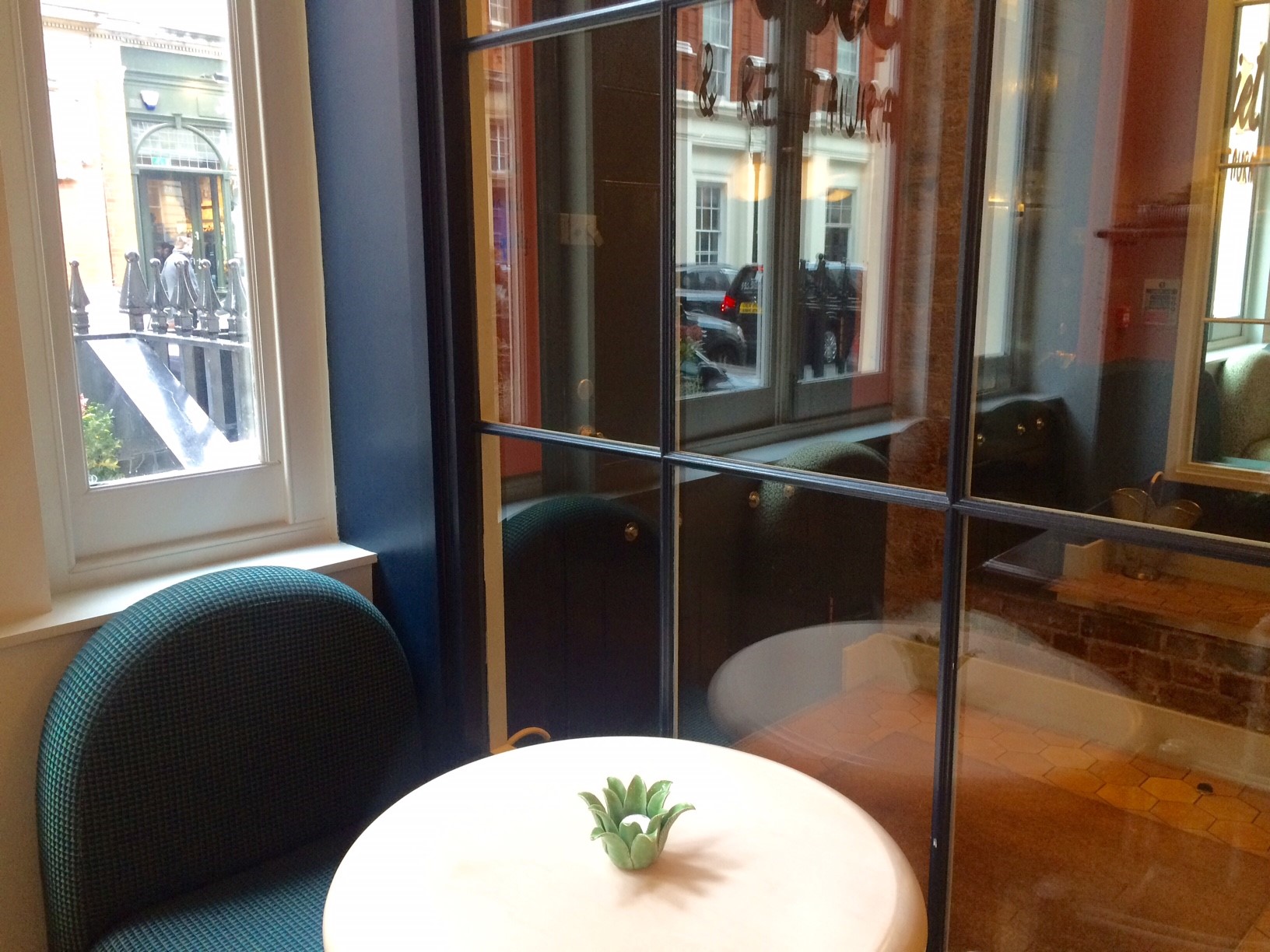 The eye-catching design is by Parisian designer Dorothee Meilichzon, whose design firm, Chzon, has been at the receiving end of plenty of awards. Those include Designer Of The Year by Maison & Objet In 2015, and being called one of the best 20 designers in the world by Wallpaper magazine in their W* Power 200.

The main design themes are mismatching textures and patterns, and boldly bright colour schemes which compete for the eye’s attention.

The 18 rooms are spread thinly across the three floors of this tall, skinny ex-townhouse. Doors have pineapple door knockers and old fashioned (read: proper) manual keys, there’s not a key card in sight.

Chzon have made each room its own individual design statement. Embellishments are everywhere, from the golden skirting boards, to the retro amenities (radios, clocks) to mismatched fabrics. 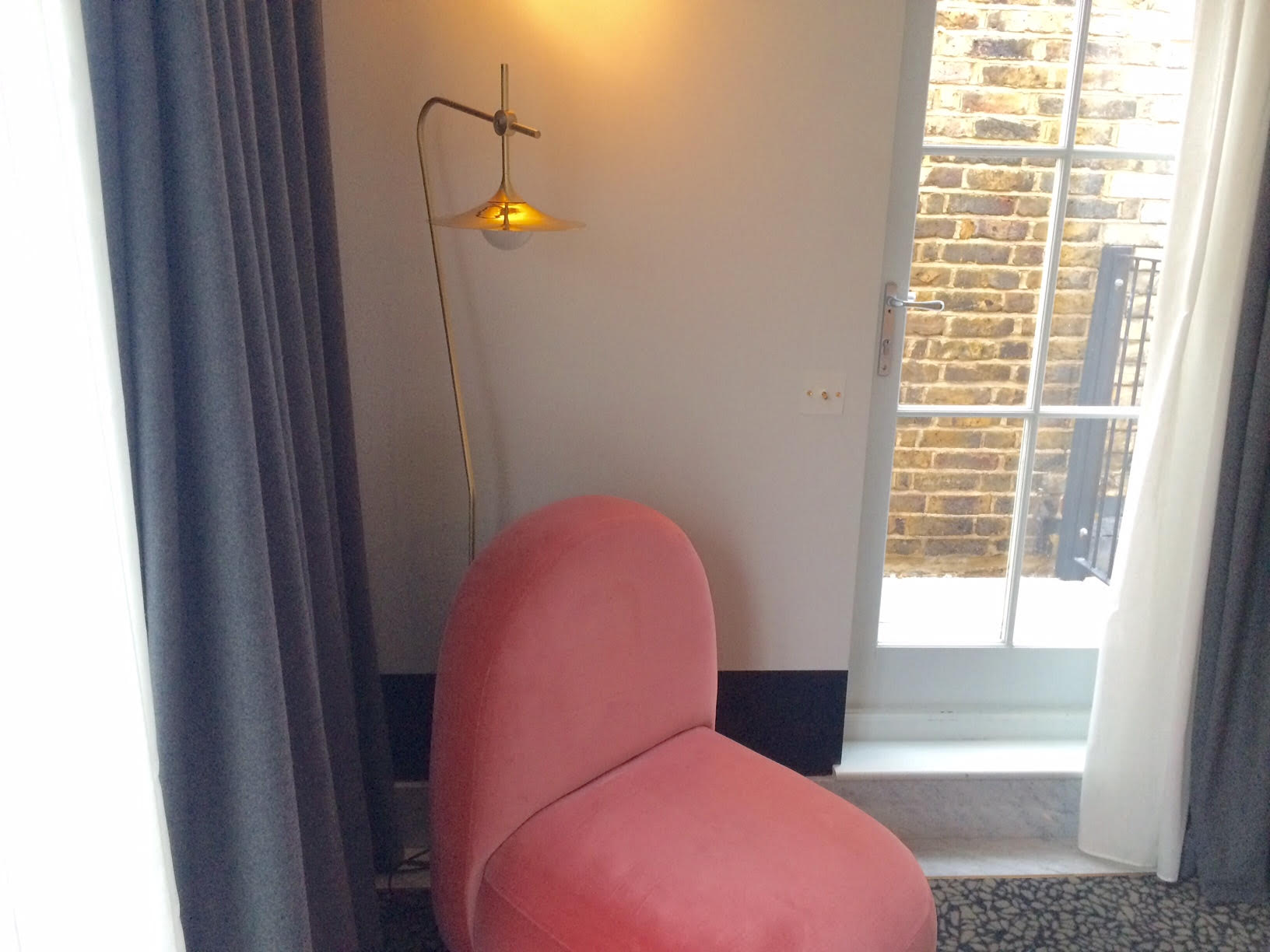 The care taken to differentiate not even every room, but every inhabitable space within even the smallest rooms, is impressive. Designers and creatives will poke around for hours, although the sum of the parts taken as a whole can lack cohesion and feel overly busy.

We felt this way particularly about our bed stead, a sort of interpreted Art Deco think piece, it needn’t have been so busy to have been beautiful. 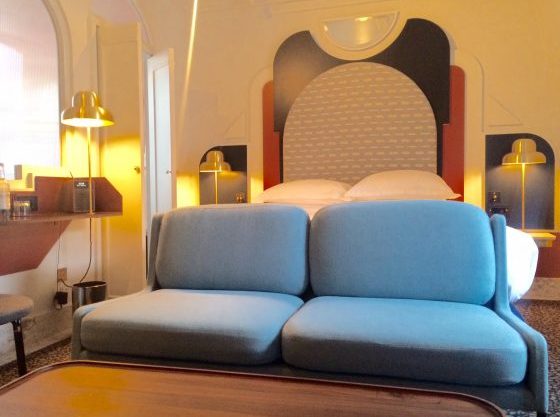 The bedstead was maybe a bit too much (Picture: Hotel Designs)

However, the bathroom – with its gradual lighting enhancements – was a shimmering pale pink room which succeeded in feeling airy, while relaxed and calming. 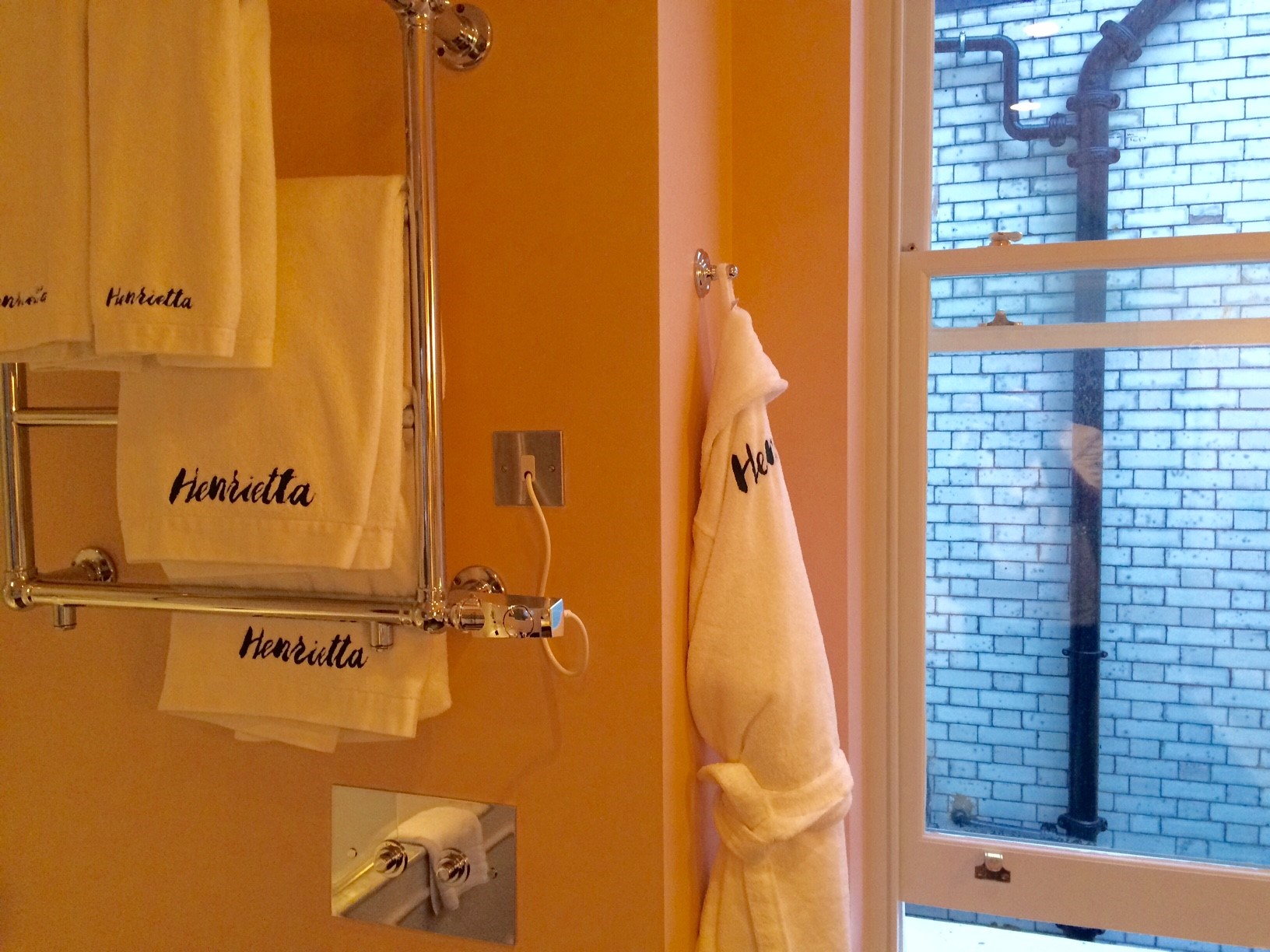 A statement bathtub embellished with marble finishes took up a third of the room, with bespoke toiletries bagged up below branded towels. The room found the perfect harmony. 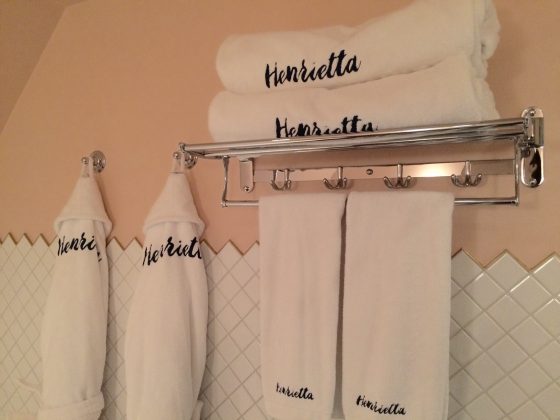 The gentle colour schemes in the bathroom (Picture: Hotel Designs)

There are four grades of room which range from a comfortable double to a suite, although there isn’t much difference in size or amenities between the rooms. That said, the suite – at around £500 – isn’t outrageously priced considering it comes with its own intimate rooftop terrace.

Staying at the Henrietta is really suited for guests exploring the area, so the hotel’s facilities are minimal. Breakfast, however, is included and can be served in the room and features classics alongside an excellent twist on the classic porridge, with dates.

Of equal prominence to Chzon’s design is the famous British chef Ollie Dabbous, who is in charge of the food in the restaurant. Dabbous’s menu is ingredient-led with a French sensibility (simple, whole cuts of meat, finely served) and the restaurant features the same zany, whimsical interior design by Chzon as the rooms. 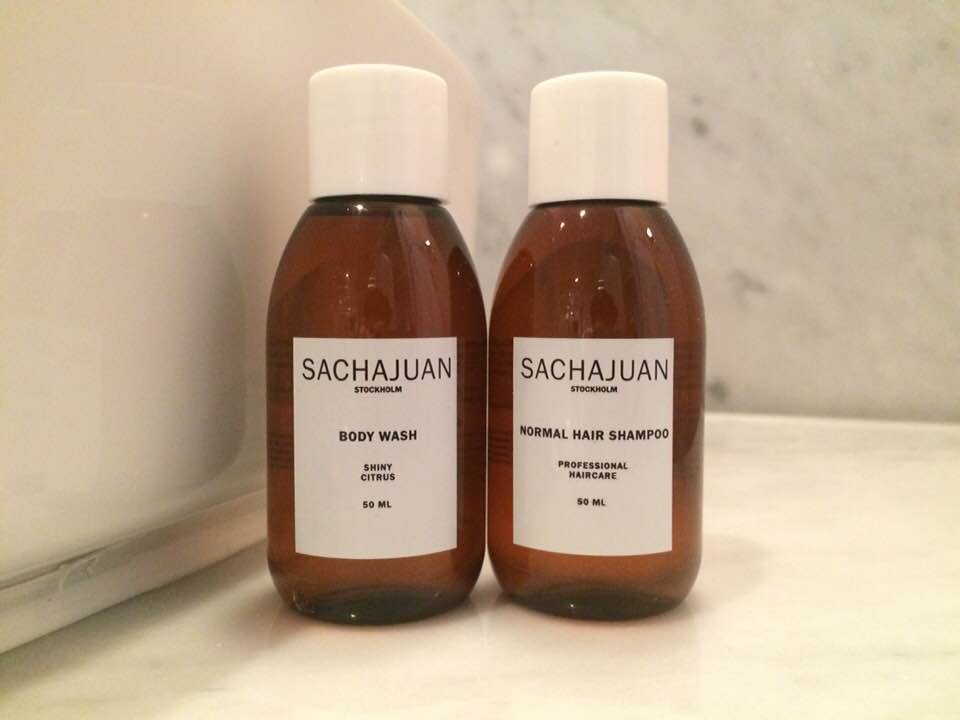 The premise of “restaurant and cocktails” is an exciting one, given the hotel’s owners; we trusted our French, gentlemanly barkeep to make us the cocktails that suited our palettes.

The a La Carte has five rotating starters and five mains. A smoked duck, pomegranate and chickpea flatbread was freshly baked and well-balanced, and deep with flavour. A theatrical dish of stracciatella had a flavour that was delicately policed by bold blood orange and pecans. 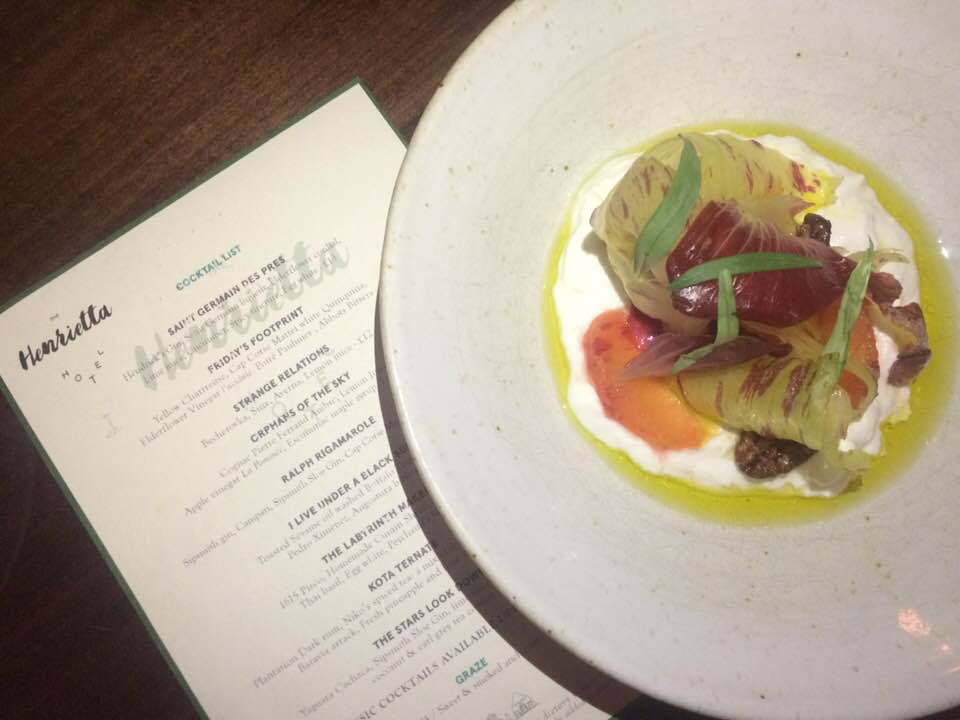 The sirloin arrived as delicately plated as it was to taste, as was a veal tonnato, served classically with a wave of puntarelle for flare. 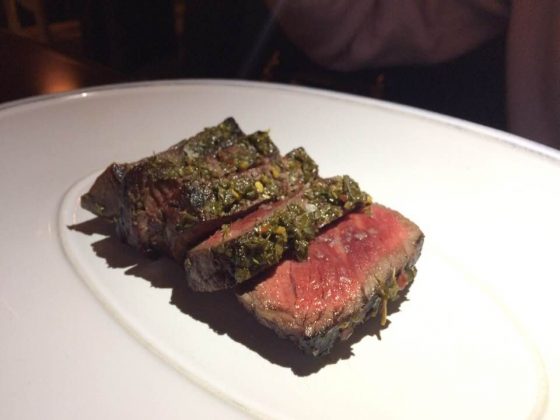 As delicately plated as it was to taste (Picture: Hotel Designs)

Desserts though, are best. The rhubarb crumble is light! But so ripely full of flavour, and arriving with a fresh glass of rhubarb juice, still feels as hedonistic as the full slab of crumble you’d find homestyle elsewhere.

And warm, fresh madeleines with Chantilly cream could, predictably, be scoffed 12 times over.

‘Normal’ prices are, shall we say, best suited to a celebration, rather than mid-week treat – but go for the Sunday Brunch or the spectacularly well-priced pre theatre dinner for £30 which is unmissable for food of this quality and notoriety (Dabbous has a new restaurant, Hide, which, opening this summer in Piccadilly, is already talk of the town). 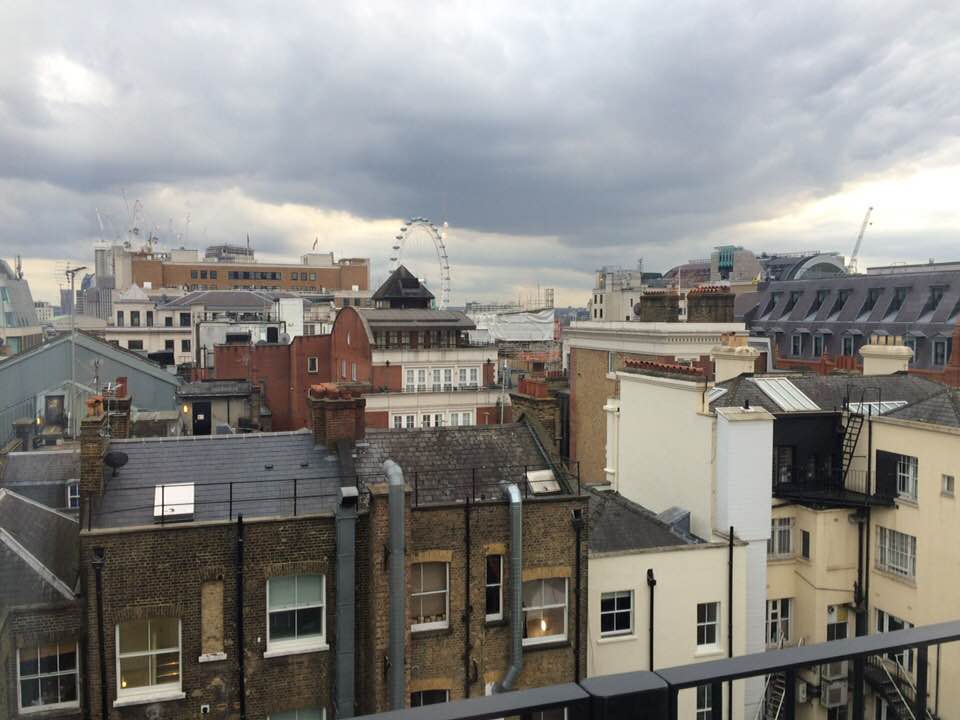 The view from the rooftop suite (Picture: Hotel Designs)

The Henrietta will have extroverts squealing with excitement – but it packs a loud and bold punch that is divisive.