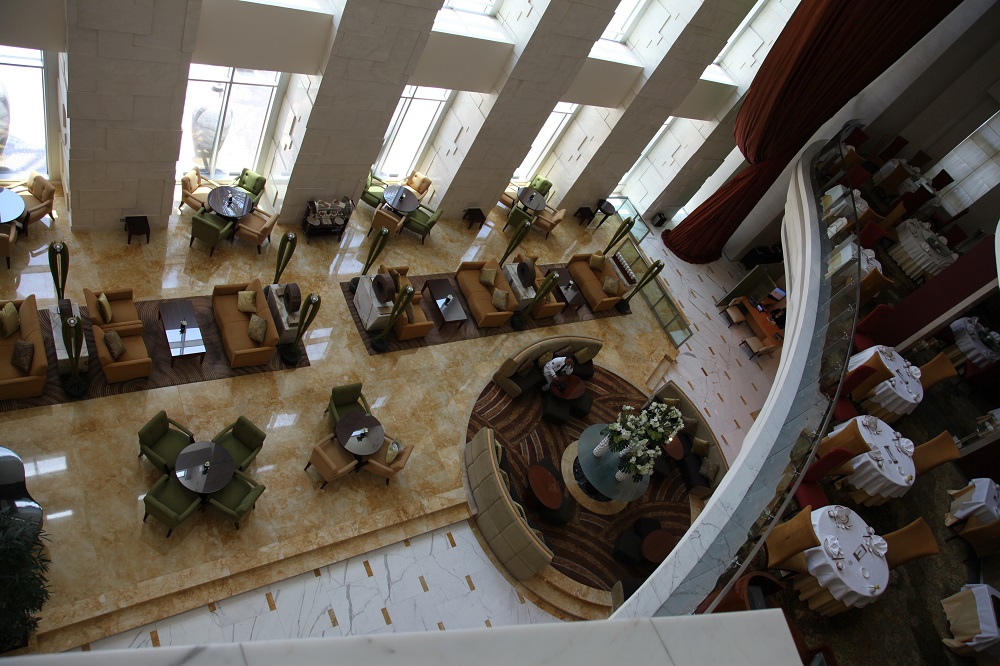 In February 2005 I reported that Shangri-La had signed a lease on the space in then planned Shard, and had already started design work in their Singapore design office. The Shard represented an opportunity for the operator to develop the interiors of the hotel without the constraints had it gone down the route of looking for a conversion of a building or existing hotel to meet Shangri-La standards. The large deluxe guestrooms would be each 42m² and bring a European interpretation of Shangri-La’s Asian style to the city, according to executives.

The building was already being described by Giovanni Angelini, Shangri-La’s then Managing Director, as “iconic”, and provides a dramatic 2nd entry for Shangri-La hotels into the European market, after their recently opened Paris property. The Paris property, I was informed by a Shangri-La executive, had already shaken the Parisian hotel market with its standards , and the expectation was that London’s newest entrant would have a similar impact.

Given that for over 7 years London hotel groups have known that Shangri-La was coming, the expectation was surely that they would start positioning themselves to compete with the fast-growing Asian group. Shangri-La room sizes are regularly matched in European cities only by Rocco Forte Hotels at 42m², and many of London’s latest hotels have used the excuse of high property prices to foist onto the luxury market rooms of 27 or 28m². Is space a luxury? If so if there is no space is your room truly describable as a 5-star room? 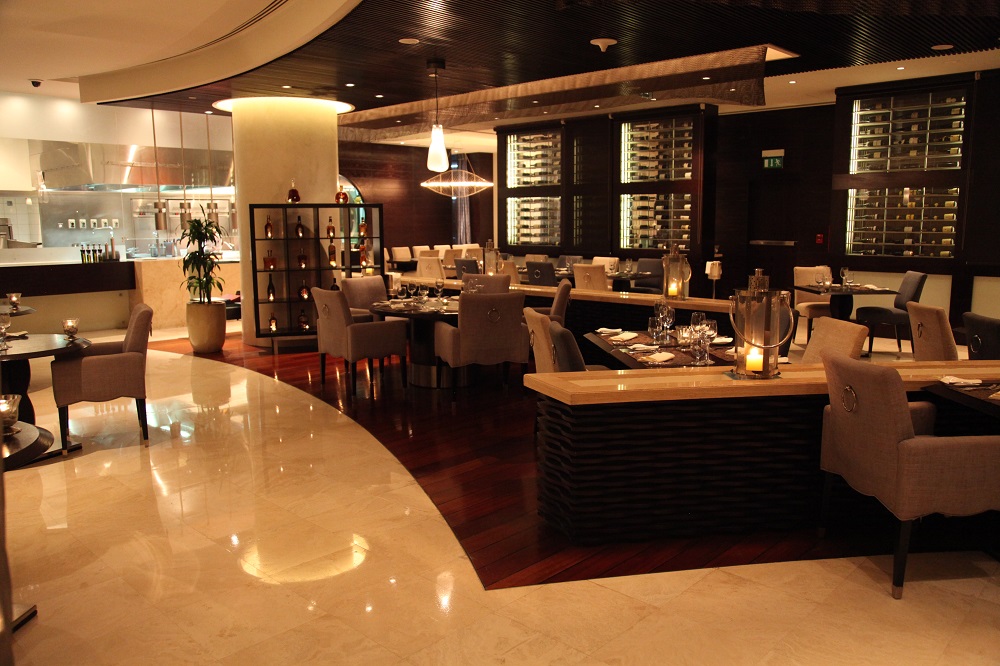 If it were only room size that counted than London hotels could rest easy, but it is the quality of design, the quality of fit-out and above all the superb quality of service that will set nerves on edge of existing London operators. Many European hotel operators are about to experience the same impact on their operations that the superior design and service levels of Singapore Airlines or Emirates have had on the operation of European airlines (and the growth of Emirates in particular has been little short of remarkable with Dubai already commissioning a second airport hub to cope whilst London dithers).

Shangri-La are the first of a wave of Asian hoteliers that are moving into the mature Western markets. At the budget end we have seen Malaysian chain Tune moving into compete with Premier Inn, and recent announcements show that much as Intercontinental is developing fast in the Chinese market, so Asian operators are invading its home ground with their own 5 star operations, with more new luxury hotels now under development in 9 Elms, Battersea and in Park Lane.

The hotel in Dubai is one of several in the UAE (staff kept telling me I should go to Shangri-La Abu Dhabi which was “much nicer”) but as an hotel in the Financial Zone of Dubai and with a primarily business audience it seemed appropriate to take a good look at this, one of the first Shangri-La’s outside their home ground. The Shangri-La Dubai is now ten years old and due a major refurbishment in 2014/5, I was told. The design may be slightly dated,but this is only stylistically apparent especially as marble bathrooms with white ceramic and chrome metals never seem to date. 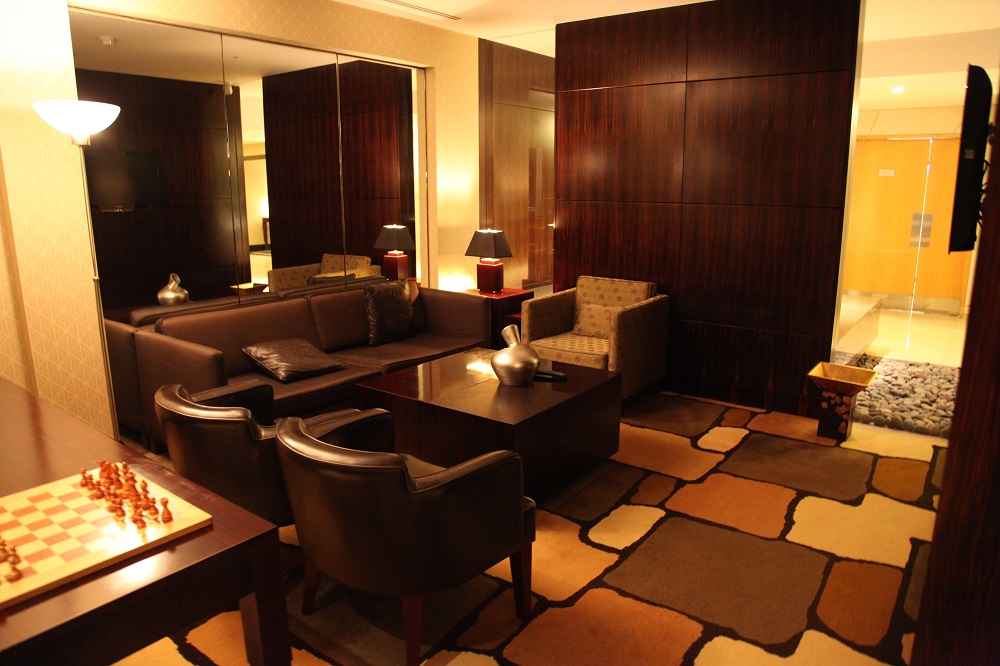 Obviously soft refurbs have taken place over the intervening years but the strength of the original design shows through, and the cosmetic doesn’t impact on the basics such as the size of the rooms (average of 44m²) and the services provided, both physical and human.The original designers also had the sense to use plenty of timber finishes in the design and they have worn well and been well maintained. It is often overlooked how good housekeeping can extend the life of an interior and so contribute to the hotel bottom line.

Olga Polizzi of Forte fame used to tell me she despaired of people in hospitality who never smiled at the guest. “If they don’t like people why be in hospitality” she would say. Shangri-La must use Ken Dodds tickling stick in training as the staff are all smiles in dealing with guests, and at ease talking to them. Their confidence comes not only from training but from a design and build that supports them. This is an hotel on a scale where space enables a relaxed level of service and interaction with the building and guests. Cramped spaces can psychologically raise tensions within guests, working against true relaxation. Space to swing your cat is an essential to any sensible definition of luxury.

Not only is there space within individual bedrooms but also within areas such as the business lounge, the pools (yes pools plural), spa, meeting areas and through to the choice of four food and bar operations. The attitude to serving alcohol in Dubai is an interesting contrast to the experience Hilton inherited at Cape Town’s Hilton. There may be strict laws enforced about drinking alcohol in public (how could anyone prefer it to the delicious camel-milk milkshakes?) but the attitude in the hotel did not appear to be any different to anywhere in Europe. 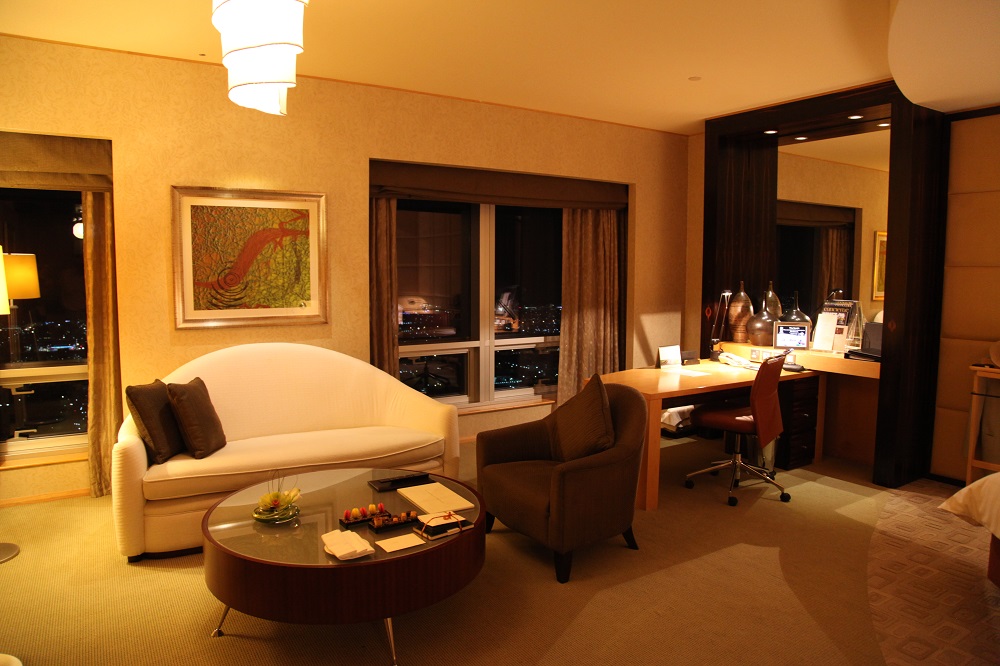 Quite possibly the overwhelming international architectural styling of Dubai and the nature of business as the major trading post in the Middle East influences this multi-cultural identity – it certainly shows little inheritance of Arab architectural cultural traditions. The operator also offers interesting combinations of international cuisine with restaurants offering Chinese, Vietnamese, Moroccan and an ‘international’ buffet operation. Space for these is created in the mezzanine areas of the reception floors. Catering training here seems to be well thought out with the ethnic chefs training in the homelands of the cuisine offered. Unless it be an operation like Youngs or Shire Hotels I can’t think of a chain that operates an Anglo-centric design and food operation equivalent. Again like the Shard, the building occupied by Shangri-La Dubai is a multi occupancy building. The hotel has the first 4 floors for its public areas, floors 5 to 8 being offices. There are 62 residential apartments, and 126 serviced apartments (serviced by the hotel) before floor 29 sees the start of the hotel’s 302 bedrooms, which include 1, 2 and 3 bedroom apartments. The upper floors are the the business floors (the Horizon rooms and club) with above them the pool, gym and presidential suite of over 430 square metres.

Good staff training, plentiful staff (and with mostly ex-pats, not cheaply staffed I would think, either)combine with a building selected to fit with Shangri-La’s operational philosophy. The parallels with the intentions stated in press releases for the Shard operation bode well for success in London. 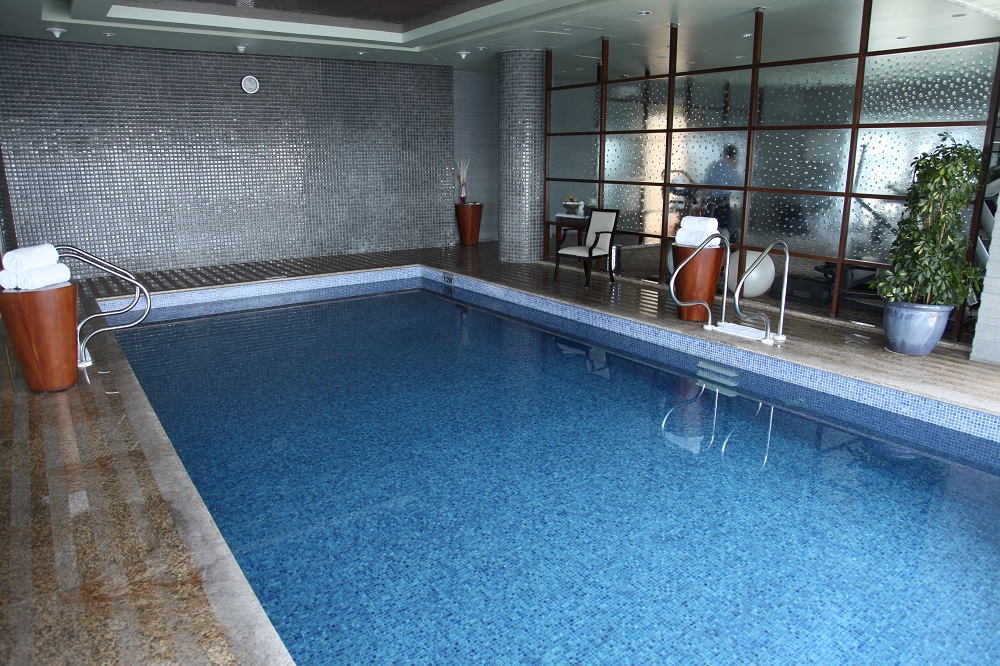 The interior design of the hotel has lasted well, and was quality to start with. London has had an influx of new hotels at this level (the latest Intercontinental Westminster, the ME in the Aldwych for example, but none would seem to match the gerosity of size, nor the guest facilities provided by the Shangri-La. This is old style 5 star luxury – and this is the end of the hospitality market where profit growth is most marked and which has weathered recent economic stroms most effectively.
Space, the last frontier…