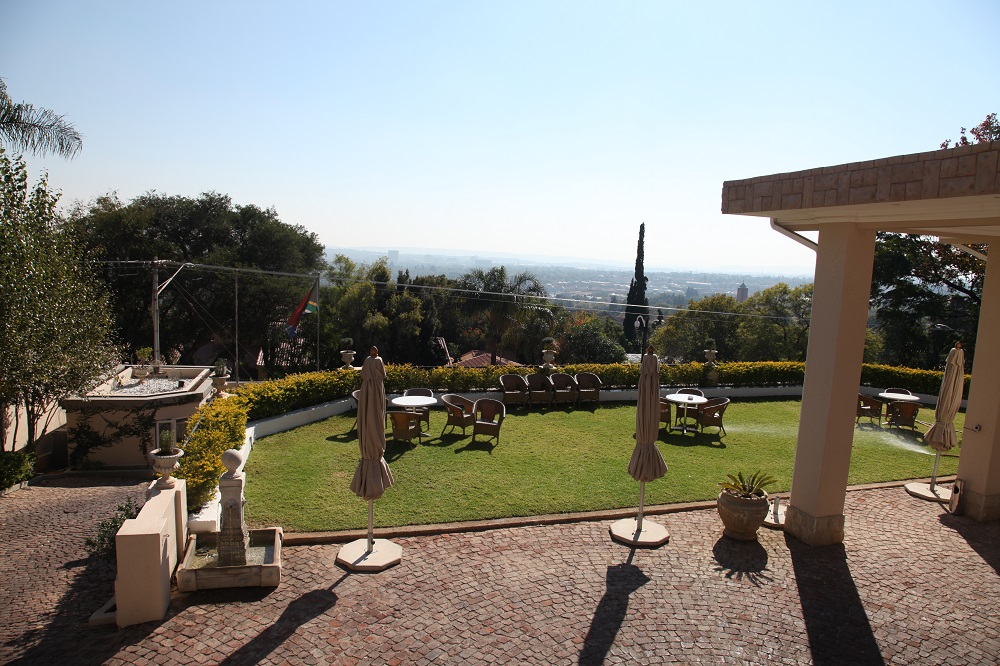 Pretoria is the administrative capital of South Africa, Every morning commuter trains bring civil servants in to work, in a town with tree shaded streets and plenty of historically interesting buildings, including the home of Paul Kruger, once one of the leaders of the Boer tribe. Indeed Boer history has been surprisingly allowed to remain as a dominant tourist feature in this town with the monument to the Boer trekkers towering above the city on one side, whilst the Union Buildings (parliament building) dominates the central area.

Herbert Baker is one of those streets seen in many capital cities, where large mansions sit in their own grounds isolated from the daily hubbub of the city. As usual in South Africa each is surrounded by an electric fence on top of a high wall. In these exclusive grounds now nestles one of a number of small boutique properties supplementing the limited hotel offerings in Pretoria from the likes of Sheraton.

In bustling South Africa the absence of the chain hotel groups so common throughout the rest of the world is noticeable. One has to question why these predominantly European or US led chains are so blind to markets such as this, with growth economically over 7% and tourism growth higher. Tourism growth is at 17% in neighbouring Tanzania for example, where ministers have aggressively sold their countries offering in particular to the US market. 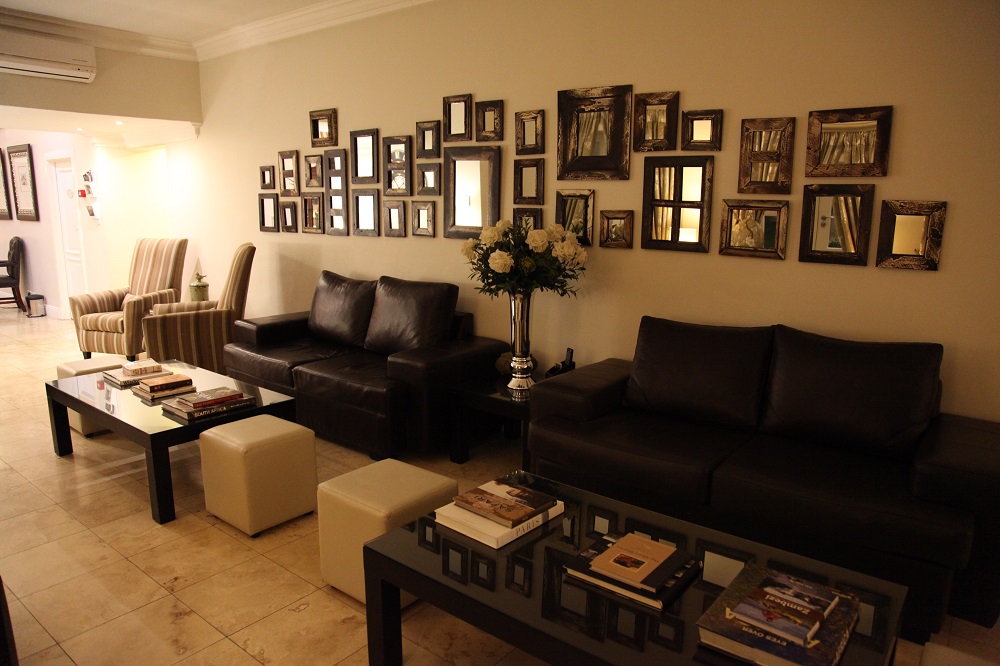 The news that Marriott are buying South African operator Protea, who have over 100 properties throughout Africa is good news for the continent and for the Protea Group home market of South Africa in particular (the protea being south Africa’s national flower). Hopefully I will be able to report on a Protea in South Africa later in the year. After Hilton taking over the Hilton Cape Town last year this news is an injection of quality that the mass market needs throughout the continent. Whilst there are plenty of home grown quality hotels such as the Cape Grace or Bushmans Kloof for example the lack of depth a major chain would bring is noticeable, especially in the burgeoning budget sector.

Much of the gap in quality in mid-level hotels has been filled by high end boutique B&B’s or small boutique hotels style properties like the Robertson Small Hotel. Set in a large garden on the border of a reserve on the edge of Pretoria, the desire of the owners of 131 Herbet Baker for this to be seen as a five star operation is torpedoed by poor management exemplified by a casual attitude to serving what is on the menu. Unannounced ingredients on a plate may surprise but do not allow for allergies, likes or dislikes on the part of the guest, they just make life easy for the kitchen. Menus are typed on the computer so it is easy to present them to show what has been bought fresh from the market that day – advertising dishes that are no longer available is unforgiveable. 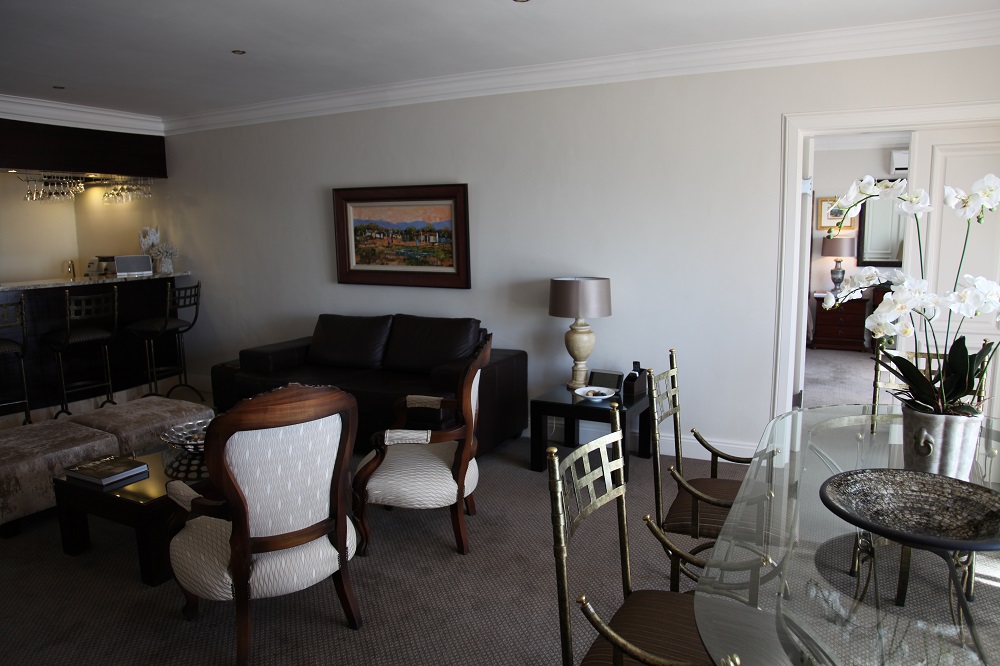 Management has been successful in building a local following for the property, a difficult task in South Africa despite the growth of local internal tourism and business markets. Building relationships across social divides that still exist like chasms in South Africa is difficult. This has been managed and achieved successfully by the owners, but service standards also need the same focus along with training.

The hotel interiors are stylish, let down by a little over elaboration in the decor, sometimes less can truly be more. However the results are comfortable, and the hotel makes the most of a difficult plan. The original layout of the dining room cut across a bedroom access route, and the revised positioning gives it the benefit of the views across Pretoria. The difficulty of the new arrangement is the waiting staff then have a flight of stairs and reception to navigate between diners and kitchen.

A sharp maitre d’ would benefit service levels, perhaps something that could be doubled up with the bar and wine service. The dining space shares the room with the bar, both treading an uneasy line as the property with only 8 rooms and an apartment doesn’t fill the spaces busily – difficult to see a ‘passing trade’ although there were some outside diners during our stay. There could perhaps be more definition between the two areas, perhaps even a physical redefinition, making more of the fireplace to create a snug bar feel at one end. Enclosing the space for dining, and narrowing space between the dining tables would make it feel a little busier, more intimate. 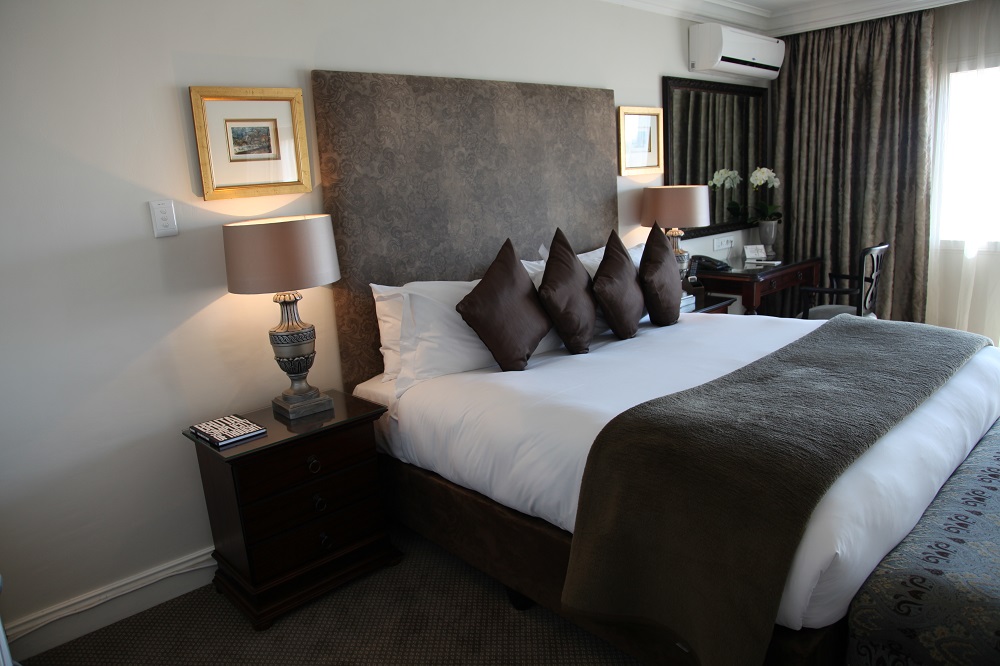 The large space with windows opening to an outside dining terrace (down more steps) may be delightfully cool in the hot summer months but feels a little bleak in the winter, a common problem in properties optimised for the hot climate that prevails for many months.On the other hand adding floor to ceiling window doors with a balcony would considerably enhance the space in both seasons. Originally the dining room had the colonnaded terrace as part of the dining experience and having dined on the similar pool terrace at Bushmans Kloof it is possible to see how attractive this could be. In summer I would imagine this space is used for table and chairs off what is now the the lounge making the pool area a more social space.

Even in the winter this area is a sun trap and more could be made of it, as it is attractive and secluded.

All these spaces are a good size for the nature of the property and the number of bedrooms. They are supplemented by the large outside garden terrace area with its extensive view across Pretoria, enabling small functions to be accommodated too. The luxury of having outside terraces and large spaces is a major advantage to the hotel, and carries through into the bedrooms too. 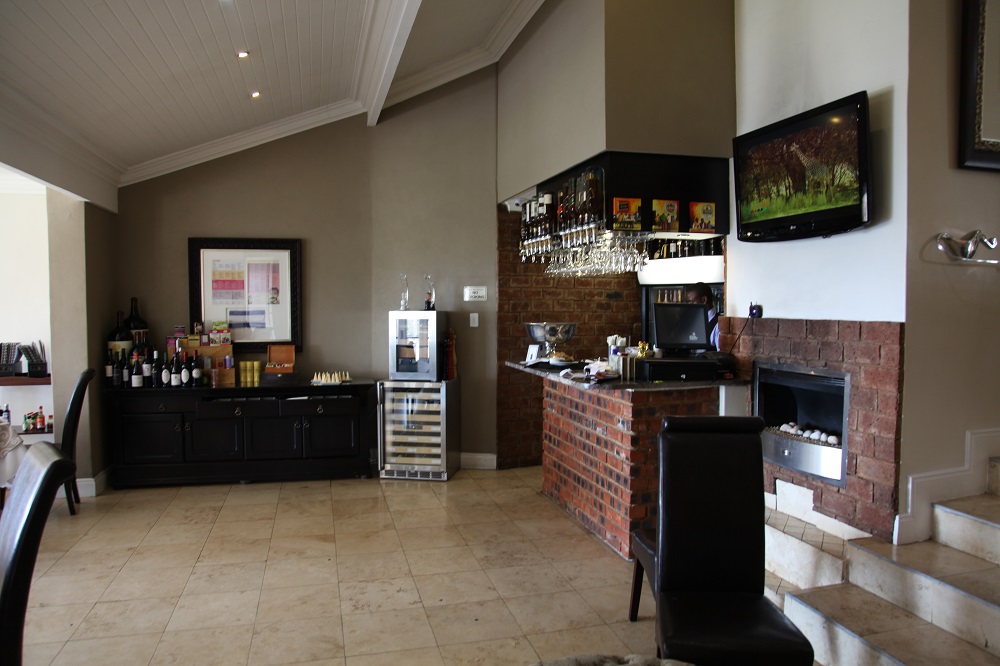 There is also a room available for private functions and meetings with its own sheltered courtyard suitable for coffee breaks etc. Taken with the terrace this enables the property to host small receptions or weddings etc. The bedrooms are large and luxuriously fitted out, and the bathrooms too are generously sized with soaking tubs and walk in showers, all fitted with a local stone. Some bedrooms have their own terraces looking across the skyline of Pretoria, whilst others open on to the internal quadrangle housing the pool.

Bedroom design has been thoughtful with socket plates carrying different types of plugs (US, European, South Arican & British) making keeping equipment charged easy. The is free WiFi too, bottled water and a humidifier alongside the airconditioning. French windows give onto terraces in most bedrooms, and the styling is typically European in feel. 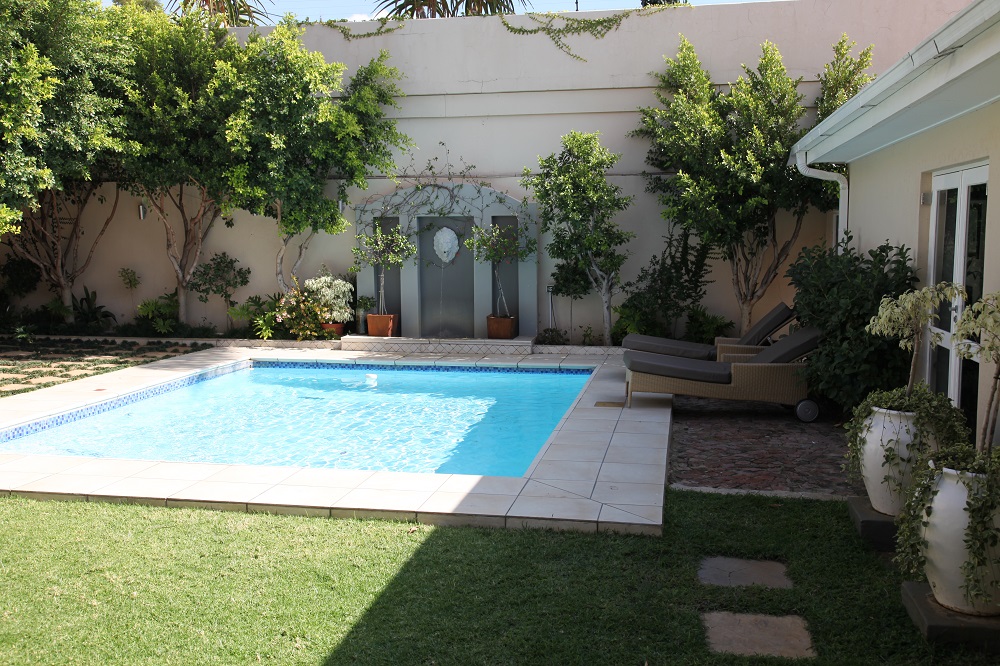 Rooms have individual air conditioning and bathroom have the luxury of underfloor heating. Humidifiers are added for additional guest comfort.
131 Herbet Baker is a very attractive boutique that has considerable potential to offer more. The major issue is the restaurant layout which has been changed but still needs tweaking to provide maximum benefit. The kitchen offering also needs resolving – mainly simply through much sharper management.

Almost a ‘country house’ property within Pretoria the owners have worked hard to create their boutique. If you are planning a stay in the Johannesburg area then this property may fit your needs. For those who worry about their safety in South Africa, I believe after my numerous visits that for someone who lived in Camberwell the dangers here are no greater than in many big cities like London, New York,or the banlieues of Paris. Be streetwise and take advice from your hosts and you will be rewarded with a sense of history, stunning landscapes and fantastic bird and wildlife in what is becoming one of the world’s best tourist destinations.