Westin Hotels & Resorts to debut in the UK 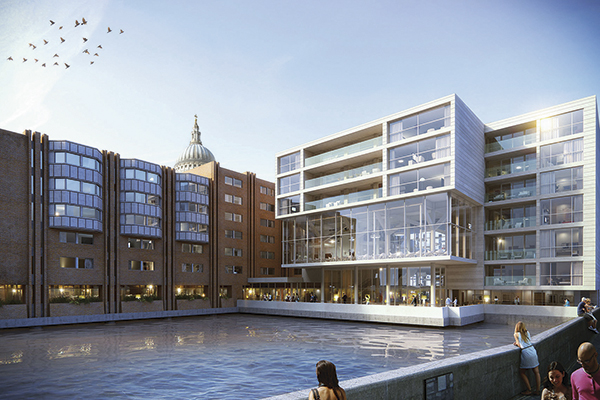 Poised to set a new standard for wellbeing in the Heart of the Capital, The Westin London City, designed by Dexter Moren Associates, is scheduled to open in 2020…

Marriott International, Inc. has announced plans to debut the Westin brand in the United Kingdom. Owned by 4C Hotel Group and managed by RBH, The Westin London City is set to open in 2020 and will boast a prime riverfront location in the heart of the City of London.  This hotel signing illustrates how the global demand for well-being continues to propel Westin’s growth around the world, with recent openings in Australia and upcoming debuts in Malaysia and the Maldives.

“Transforming the way travellers experience wellness continues to be a powerful proposition for Westin, and one that has become increasingly important as people integrate well-being more holistically into their lifestyle,” said Brian Povinelli, SVP & Global Brand Leader, Westin Hotels & Resorts. “We are thrilled to not only debut the brand in London, but also to open this marquee hotel on the iconic River Thames, where travellers and locals alike are staying active every day.”

The Westin London City will be a key part of the redevelopment of the former Queensbridge House site, as well as an independently operated destination restaurant. The site stretches from Queenhithe Dock – the oldest in London – and runs north to south, bridging across Upper Thames Street and giving it a prominent position over one of the primary arterial routes through the City of London. Highly visible from the South Bank, the hotel will also benefit from panoramic views over the River Thames and will complete the northern riverbank walkway between the Tower of London and Millennium Bridge.

“This is an exciting chapter for the Westin brand,” said John Licence, Vice President Premium & Select Brands, Marriott International Europe. “It is clear that there is a strong appetite for the brand’s wellness positioning, innovative programming and premium accommodations. With its commanding riverfront location in the commercial and historic heart of the City of London, The Westin London City is sure to offer a reviving and memorable stay for guests in one of the world’s most dynamic cities.”

Led by international architecture and interior design practice Dexter Moren Associates, the thoughtfully designed hotel is fluid and sculptural with a biophilic-focus, suggesting that a connection to nature enhances well-being. Upon arrival, guests enter into an atrium space that is at once open and airy, yet residential and intimate.  The lobby leads into a riverside bar and restaurant, which opens onto the new public walkway affording spectacular views across the river towards Shakespeare’s Globe and the South Bank.

“We have been working on this project for almost a decade and it’s great to finally be on site with a new-build hotel on such a landmark river frontage City of London site, providing a new public link between St Pauls and the Thames,” said director Dexter Moren. “Of the many hotel projects we are delivering in UK & Internationally this ranks as one of the most exciting.”

Associate Director Neil Andrew (lead interior designer on the project) said: “DMA Interiors are appointed to design the guest rooms and public areas which include the lobby areas, executive lounge, conference area, spa, restaurant and bar. The Westin brand has been interpreted in a modern and minimal approach. Textures are introduced via natural materials and layered fabrics and refined palettes present an air of sophistication and respect the views to the River Thames beyond.”

The hotel’s 220 guest rooms, including 29 suites and Presidential Suite, are designed to offer guests a nature-inspired respite in the centre of a bustling city, expertly balancing a calming palette of natural colours with contrasting tones, textures and materials.  All rooms will feature Westin’s signature services and amenities, such as the world-renowned Heavenly™ Bed and reviving Heavenly™ Bath experience.

The hotel’s prominent location, combined with excellent airport, train and underground links, will appeal to the business and meetings market. 830m² of ultra-modern meeting and event space will be available, including a Junior Ballroom and four meeting rooms, as well as a 24-hour business centre.