Wall murals in hotel design; the possibilities are endless

As Hotel Designs continues to shine the spotlight on art and photography, editor Hamish Kilburn caught up with wall murals artist and interior designer Lawrence Hosannah Myse to discuss how personality and character can literally be written on the walls…

It was at a restaurant launch in Kent, England, where I first met the talented Lawrence Hosannah Myse, a New York-based artist who specialises in large, statement-like wall murals. His work, which was unveiled on the facade and interiors of the property, echoed the good vibes of that authentic Caribbean restaurant creates and pictured a rural Jamaican scene perfectly. Following this was the realisation of how this warmth and character that had been sprayed onto the walls of Jerk Shack could very well help to define a hotel’s sense of place within a city or town and general theme. As mentioned in a recent popular Hotel Designs article, art is not limited to frame. Soon – in between the artist jet-setting from London to LA – Hosannah and I were sitting down for coffee to explore the endless possibilities of wall murals in hotel interior and exterior design. 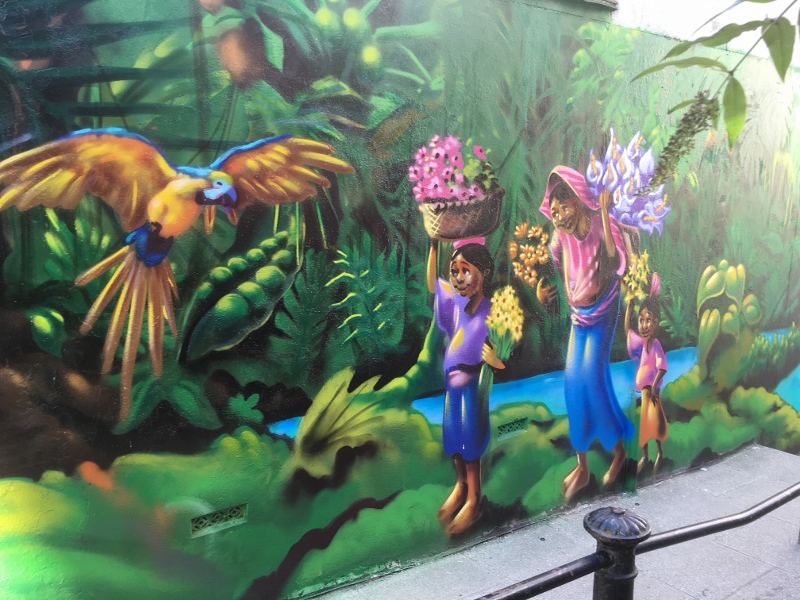 “Our aim is to bring nature into urban environments – or areas that are typically more architectural and man-made,” said Hosannah. “My brother and I like to create experiences where consumers get sucked in.” A pair of true creatives, I get the feeling that the Hosannah brothers see beyond a hotel or a restaurant and look into the narrative of a theme that will help the owner of the property put it on the map. “It’s almost like a dance,” he said when describing how he and his brother work with his clients. “We start by first understanding the vibe, the essence of the place and the people using it. We will then draw up some sketches before solidify them into developed drawings. For Jerk Shack, for example, we had some images of Jamaican rainforests, animals and flowers and with those clear visuals, we were able to almost freestyle the walls.” The result was a scene of the real Jamaica, from the outside in. The exterior, a deep-green jungle creates a statement among the other buildings. Upon entering, the interiors of the restaurant open up to reveal pristine-white beaches fused with deep-blue ocean coasts and tropical plants. 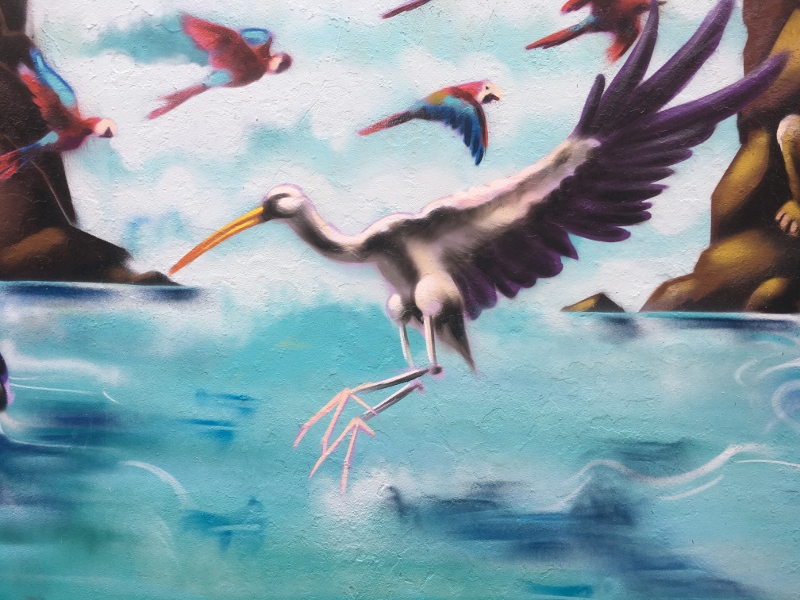 The benefits of blending nature with architecture, art and interior spaces goes further than the general pleasing aesthetics. For the Hosannah brothers, this is a way of creating a place that is the antenna to amplify wellbeing and wellness in urban areas. “With a lack of the connection to nature, people get stressed and detached and more robotic,” Hosannah explained. “Look at the major cities. New York has central pack, London has Hyde Park. For the inner-city busy-body to enter a natural space kind of grounds them and allows them to relax – and also enhances creativity and inspiration.” 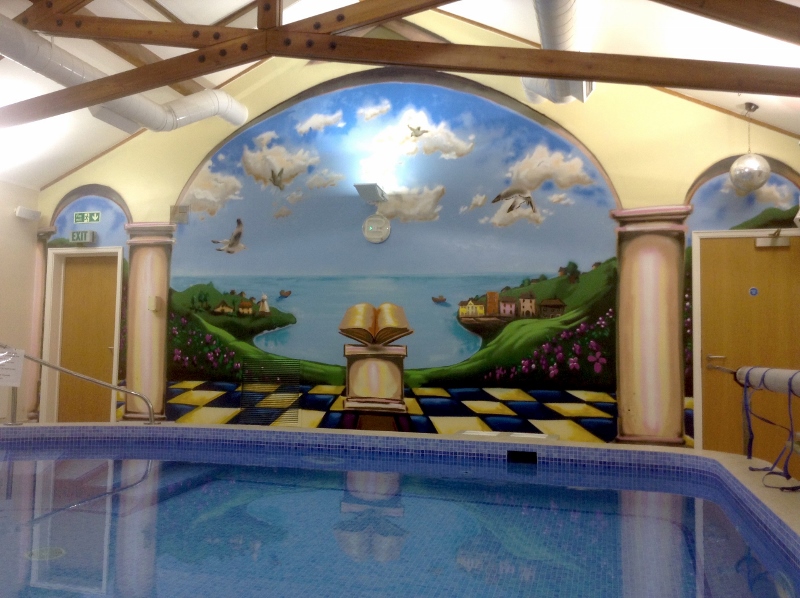 For the artist who uses vibrant colours to promote a healthier, happier environment, I was intrigued to understand whether or not Hosannah reacted to – or was inspired by – the various colour trends that are being magnified at the moment. “Of course, I look at trends but we are open to all colours and inspirations,” he said. “I actually believe that, through great work, you can actually push a trend and put it in front of the curve. I tend to find more inspiration from travelling though. When you travel to different places, the colour of the environment changes. That allows me not to get lost in robotic thinking.”

“Art, and being an artist, is a world for the for the brave and courageous where you create and you go, which can be scary but it can also be invigorating.”

In regards to how art can help to eliminate the boundary between indoor-outdoor, Hosannah believes he may have an answer. “Interiors are usually divided by clean-cut lines that are perhaps divided by plants,” he explained. “These places can work really well, but large murals that pull the eye along a wall space can completely erase that border between indoor-outdoor. Going even further, you can even include music to compliment the art and further capture the consumers’ imagination.”

Hamish Kilburn: What’s your favourite colour at the moment?
Lawrence Hosannah Myse: Green.
HK: Where’s next on your travel bucket list?
LH: Space.
HK: What’s your number-one tool for success?
LH: Intelligent artwork.
HK: What’s your biggest bugbear when it comes to your industry?
LH: The amount of people that do not understand the true vale of art and it’s importance.
HK: Who has inspired your dreams as an artist?
LH: So many people, from a variety of art teachers to graffiti artists, such as Andy Trate, Seen, Murakami and Diego Rivera… There are too many to list.

“Art is weird,” concluded Hosannah. “It’s not like being a doctor or a lawyer where you have a clear career path. Art, and being an artist, is a world for the for the brave and courageous where you create and you go, which can be scary but it can also be invigorating.” My time with Hosannah ends with mixed emotions. It seems as if there is not currently enough awareness – within our industry and beyond – on the possibilities of art. To counter-balance this, I feel as if many hotels around the globe, regardless of the theme, could benefit from the life and soul that wall murals can give to a property.