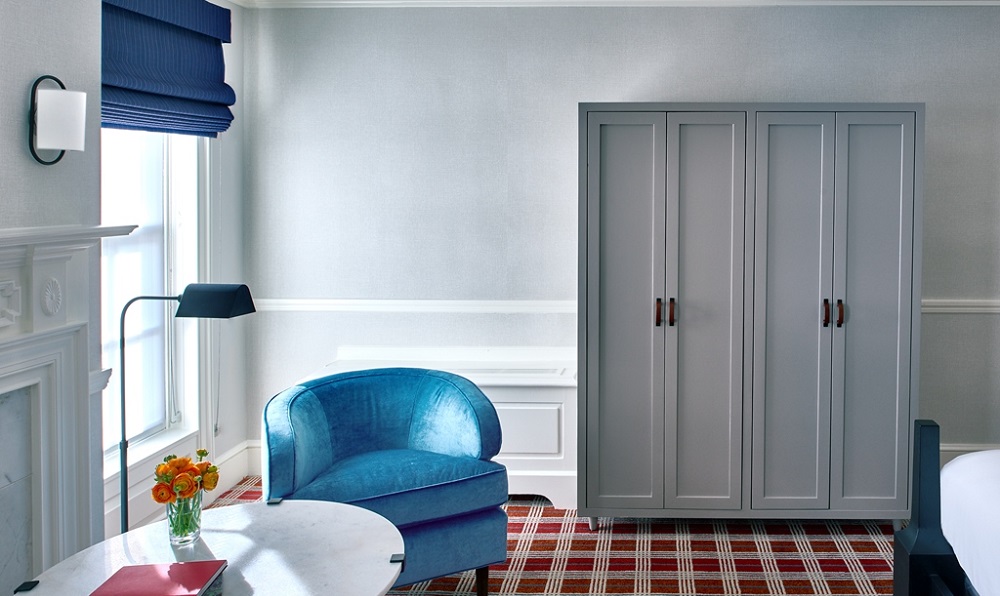 Kimpton Hotels & Restaurants recently announced the reopening of its Kimpton Morrison House hotel in Alexandria, Virginia after extensive renovations and the debut of adjacent Ashlar Restaurant and Bar.

With whimsical, literary-inspired design for all its public spaces, hallway corridors and guest rooms and suites, as well as the addition of a new restaurant and ballroom, the 45-room hotel creates an elevated experience for in-the-know travellers. Its unique style and warm, personalised services make Kimpton Morrison House one of northern Virginia’s top hotels.

Words on Water Design
The hotel’s new design, brought to life by David Hill of Los Angeles-based DH Designs, was inspired by beloved American literary masterpieces set on and around water. It’s a modern take on Kimpton Morrison House’s original bookish concept and it incorporates the hotel’s close proximity to the banks of the Potomac River. Guests will be welcomed with progressive designs featuring botanical and water elements and original artwork inspired by beloved literary classics such as “The Great Gatsby” and “The Adventures of Huckleberry Finn.” Nods to local tradition include incorporations of signature tartan plaids — a tribute to Alexandria’s rich Scottish heritage. 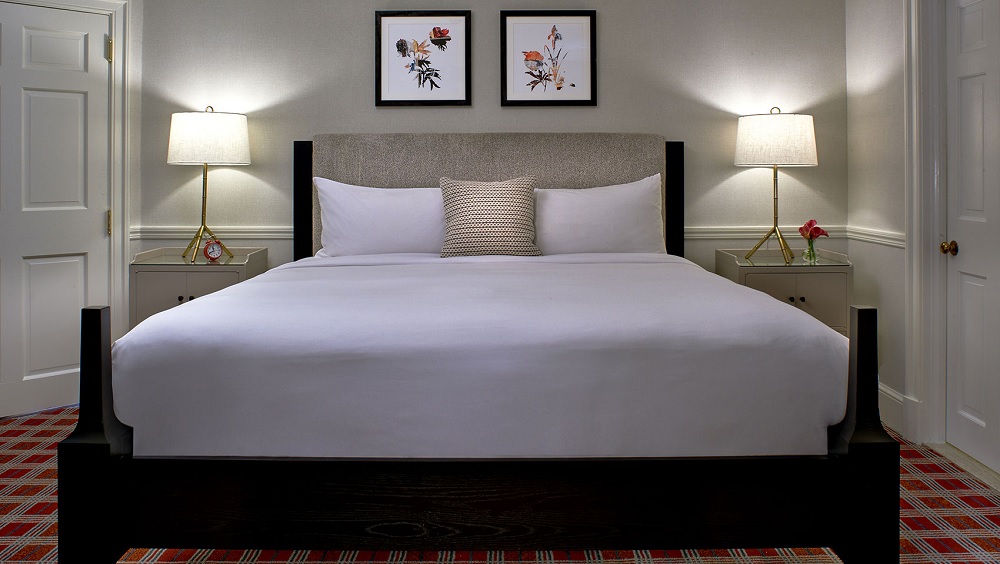 Upon entering the hotel, guests are greeted by a bright grassy green hue reminiscent of walls found at Carlyle House, a historic former mansion house in Old Town. The entryway has been opened up to allow guests to easily flow from check-in to the cozy parlour room to the bar in one connected, engaging space. The parlour beckons with soft dove gray walls, modern wingback chairs and long banquettes with tabletop checkerboards that encourage conversation, making it especially inviting for Kimpton’s hosted evening wine hour.

A custom central rug is patterned to resemble reflections of trees on a river, and a contemporary art piece featuring a profile of author Mark Twain hangs above the original decorative marble fireplace. Behind the bureau-like reception desk with mismatched antique style drawers in the main hall hangs a stunning signature art piece commissioned for Kimpton Morrison House. 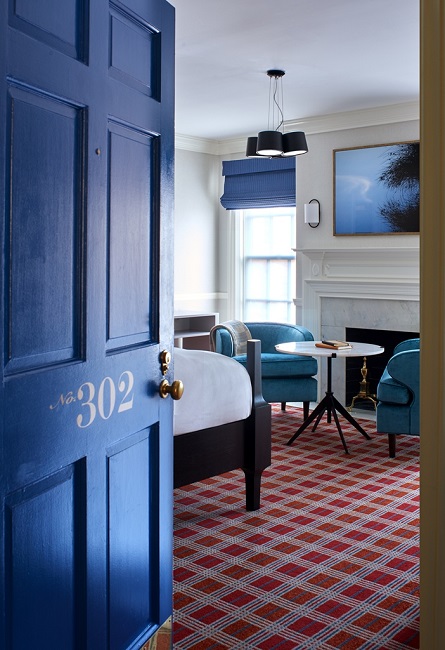 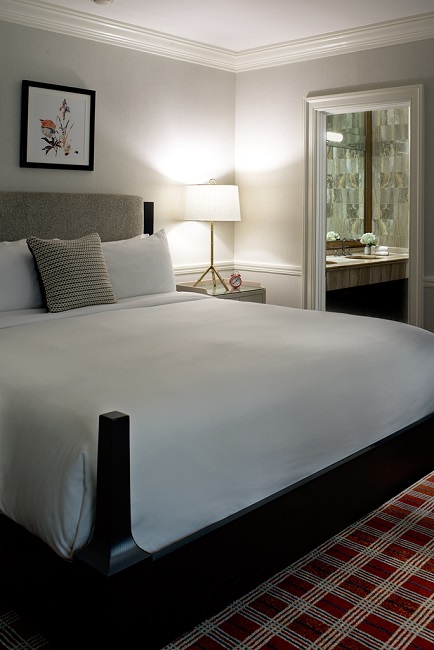 The work, crafted by Ricky Alvarez of Tinto Creative, showcases the hotel’s literary and water theme with a bespoke collage of open books, layered on top of each other, with swirling textured gold leaf painted atop to resemble water flowing down a river. Books used for the piece were meticulously sourced titles from antique book dealers that focus on regional stories and originated from libraries and archives in the Potomac and capital regions. 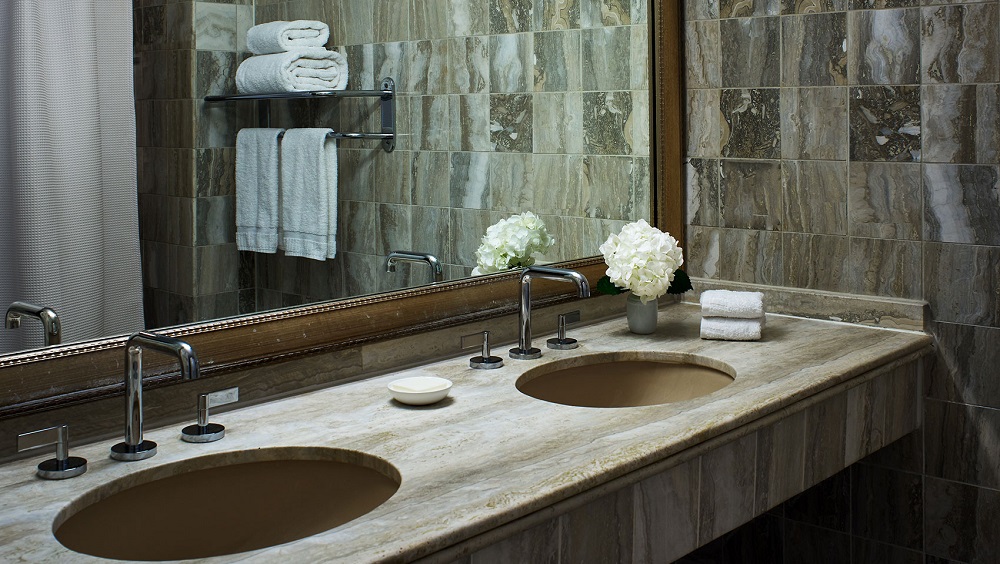