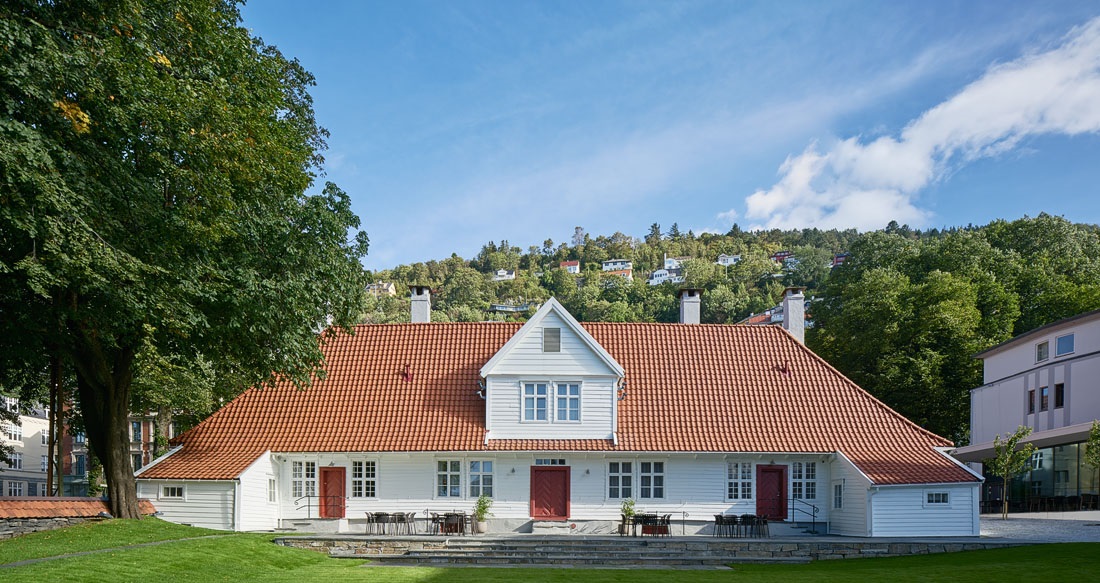 While Oslo hogs the international attention, Bergen sits pretty on Norway’s southwestern coast, quietly getting on with being the country’s picturesque hub of design, music and creative culture.

A hodgepodge of rainbow-toned wooden houses climbing up the mountainside from the sea, the city has historically been the gateway to the fjords and fairytales of the Nordic north – visited by a combination of in-the-know city-breakers and the summertime cruise-ship contingent. But Bergen is a changing city – and Villa Terminus is both a symbol of and a force behind its evolution. 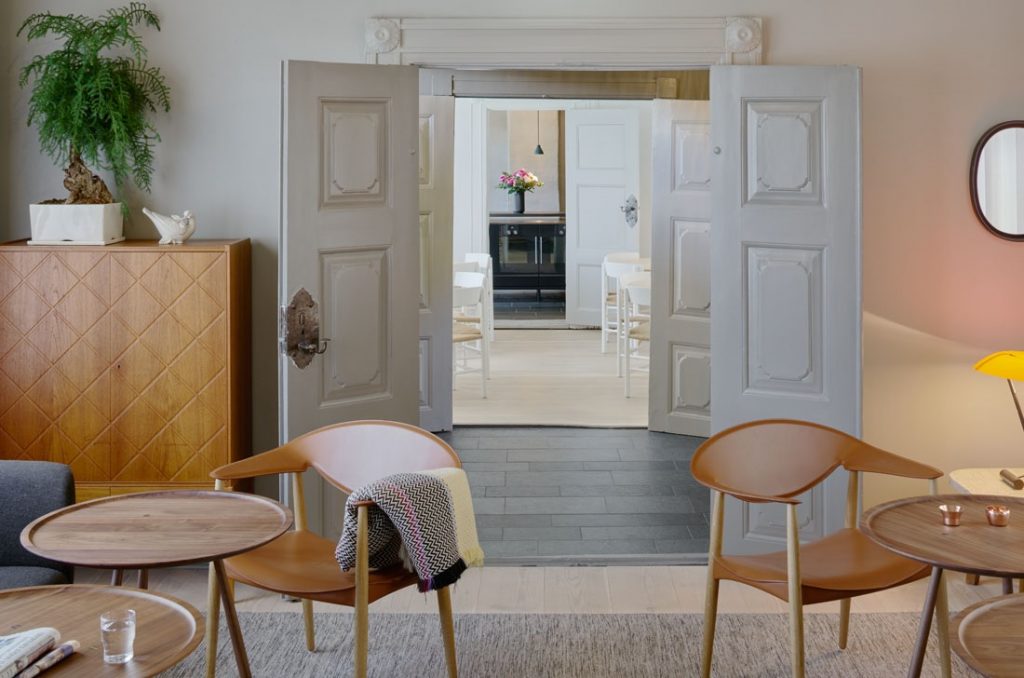 With only 18 bedrooms, Villa Terminus is the smallest hotel in the hyper-local hotel group De Bergenske, a family-run collection of five remarkable – and remarkably different – historic properties all in the heart of the city, each one appealing to the tastes of a different type of traveller. Grand Hotel Terminus provides the classic grand Continental hotel experience and Augustin offers a relaxed, familial atmosphere. The soon-to-open Zander K and Bergen Børs promise ultra-modern Nordic and fashion-forward elegance respectively; but boutique-style Villa Terminus is unique in pairing a home-from-home atmosphere with a lesson in Nordic design flair.

Built in the 18th century as a residential home for the destitute, the villa has been freshly refurbished and sensitively rejuvenated by renowned Swedish architecture and design firm Claesson Koivisto Rune. Today, Villa Terminus offers guests a finely balanced fusion of Bergen’s history, Norwegian culture and iconic mid-century and modern-day design. 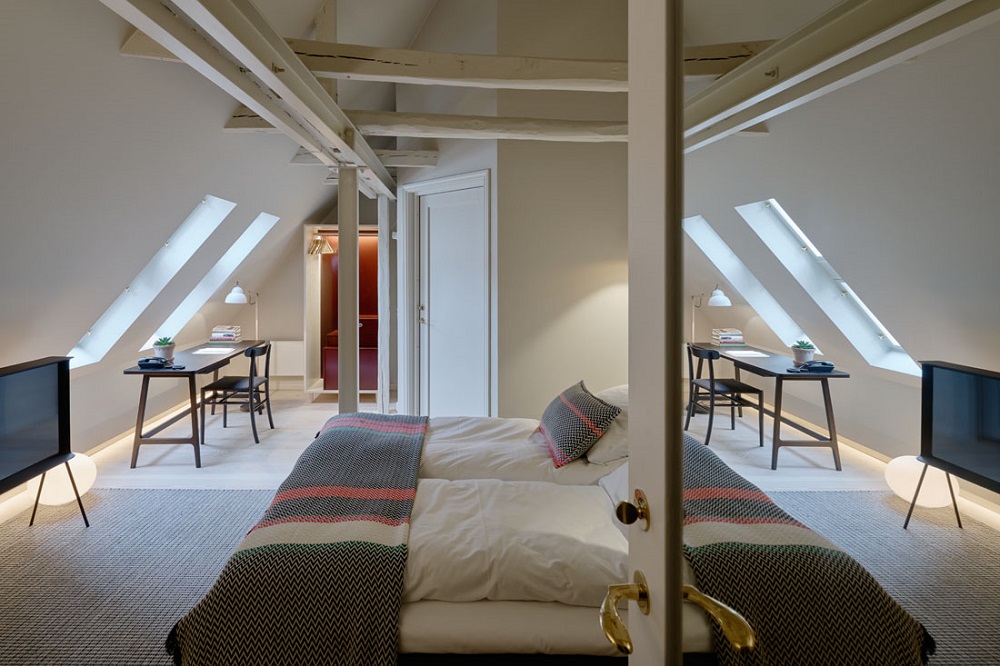 Tasked with creating interiors that balanced a warm welcoming atmosphere with a note of intrigue, Claesson Koivisto Rune looked to the domestic paintings of 19th-century Danish artist Vilhelm Hammershøi, the great interiors artist known for creating works with an ‘air of tranquillity and clear soft light that was quintessentially Scandinavian’, as architect Mårten Claesson puts it. The way sunlight plays upon the chalk-toned bedroom walls, the natural material palette, and the clear appreciation for the crafted and handmade exhibited in the furniture and fittings are all designed to imbue Villa Terminus with the soothingly muted mystery of a Hammershøi oil painting. 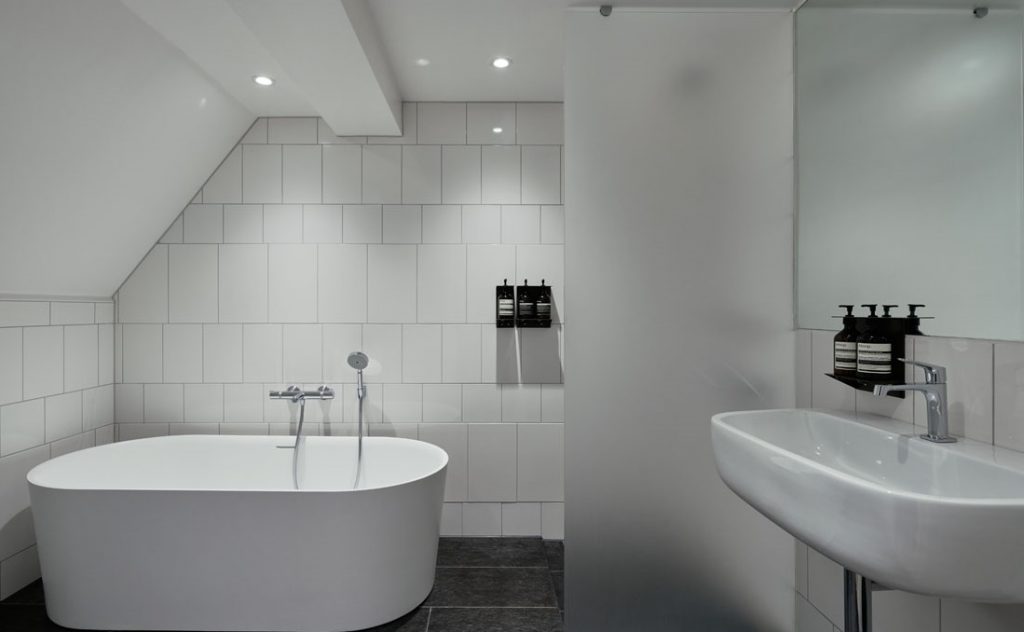 With a restrained late-Baroque exterior dating back to the 1760s, and interior features ranging from the 1950s to the present day, the new Villa Terminus seems to exist in several time periods at once. As guests meander through the hotel – passing through an array of restful living areas, a sedate library (filled with works by Norwegian novelists and tomes of Bergenser history), and a genial modern kitchen – they encounter a host of vintage mid-century pieces. Alongside these, the hotel features furniture and objects by some of the most celebrated names in international design today – including Erwan and Ronan Bouroullec, David Chipperfield, Antonio Citterio, Ilse Crawford, Andreas Engesvik, Josef Frank, Sir Kenneth Grange, Konstantin Grcic, Jasper Morrison, Patrick Norguet, Russell Pinch, Samuel Wilkinson, Terence Woodgate and many more.

‘Like all Scandinavian cities, Bergen is throughly modern, but unlike most of them, it has still managed to maintain a small-scale charm. Bergen is – like the rest of the world – becoming more ‘glocal’. More personal, less corporate. Villa Terminus fits this new environment perfectly.’ – Villa Terminus architect Eero Koivisto 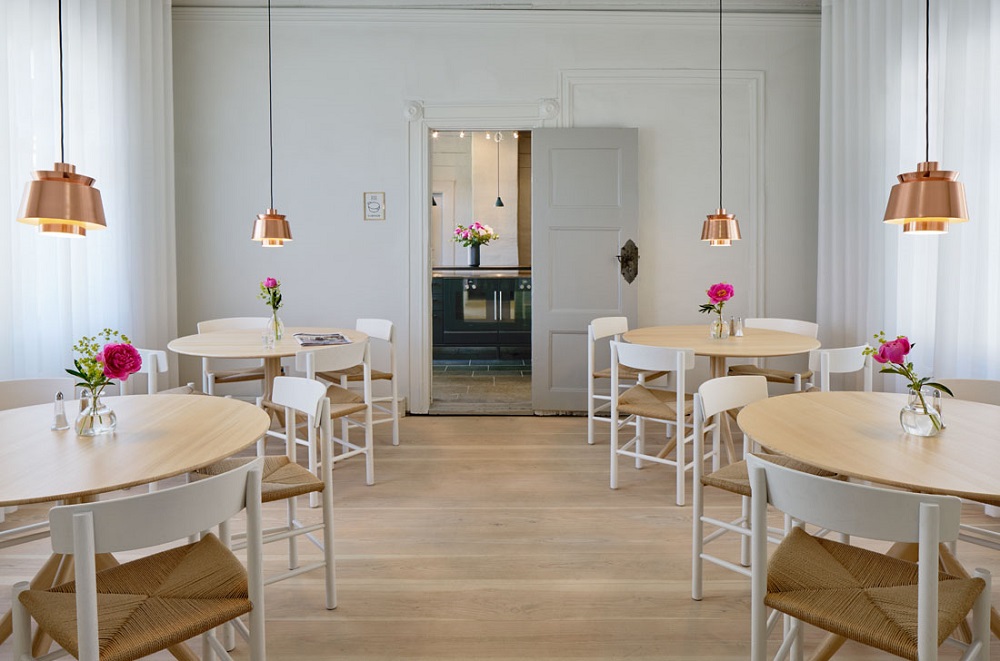 The emphasis on design reflects the importance of the discipline to modern-day Bergen. Thanks to the presence of the Bergen Academy of Art & Design, and a huge number of its students settling here to set up their studios after graduation, Norway’s second city has acquired a reputation for being one of its most influential creative hubs in the design arena – with an equally forward-thinking music scene and a rapidly up-and-coming gastronomic reputation. Today’s travellers visit Bergen not just as the entry point into fjordland adventure, but as one of Scandinavia’s most culturally rich, cosmopolitan destinations – that still retains a distinctive small-town cosiness.