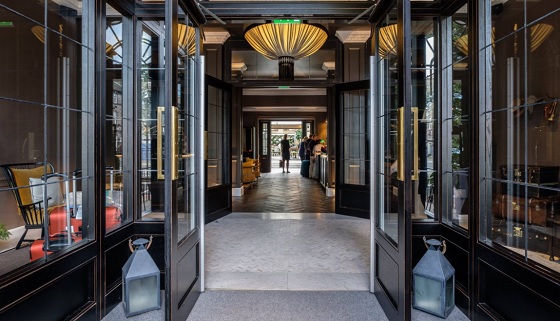 Boutique hotel group Principal have opened their latest hotel, and their first in Edinburgh. Comprising seven Georgian townhouses the hotel backs onto one of Edinburgh’s chicest private squares.

Find the property in New Town; Edinburgh’s equivalent to New York’s Upper East Side. The area is a calmer, sophisticated antidote to the bustling Old Town. Though, George Street has its vivid selection of bars and restaurants and all of the city is within walking distance.

The hotel was previously known as The Roxburghe Hotel, but has been completely refitted by eminent interior designers Goddard Littlefair. 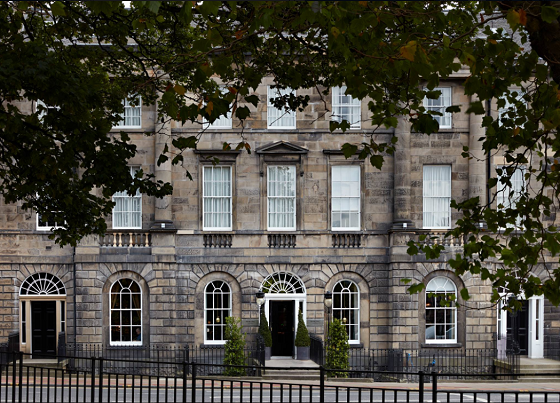 Inspired by “the golden age of travel,” rooms feel eclectic, with warm hues of orange and platinum tones. The countryside represents a source of both food and leisure, in collections of hand-drawn artworks on the wall featuring animals that could be found (relatively) locally, including hare and deer. 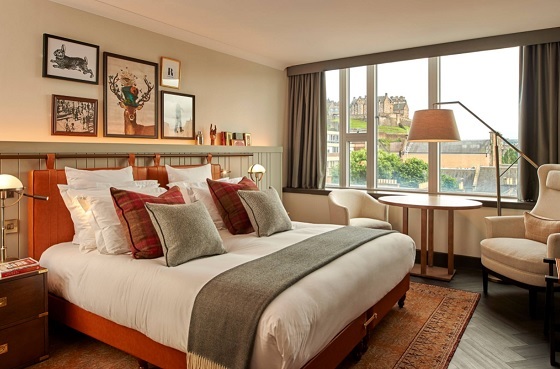 An on-site restaurant called The Garden really goes to town on the whole flora and fauna trend. In a greenhouse-style atrium building, flowers fall from the walls and ceiling left, right and centre. They’re paired with wicker garden furniture but being indoors, it’s fit for all-year-round. Food is Scottish comfort food, with modern twists.

Jo Littlefair, director and co-founder of interior design firm Goddard Littlefair explained more about the restaurant’s interior to Hotel Designs. Speaking about the resurgance of the hotel restaurant, Jo said “the tables are beginning to turn”.

“For a very long time, there was a huge drift away by customers from hotel restaurants, forcing hotels to up their game substantially”. Her design has outed “bland dining rooms” and she insists: “standalone restaurants are beginning to look jealously at the suite of experiences a hotel can offer fine-dining customers, from a pre-dinner cocktail to a late night lounge coffee – all in a single location”. 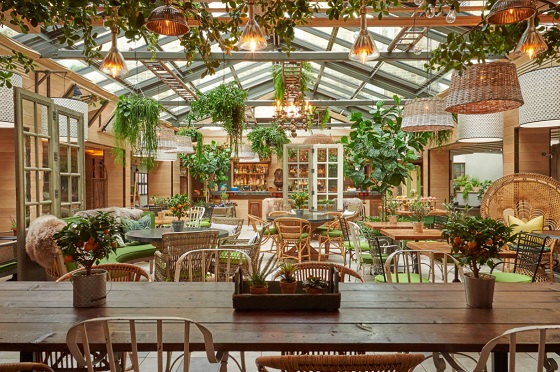 Public spaces dotted throughout the hotel take more eccentric turns. Pick and choose from the bookshelf, and read on electric green and blue chairs, offset by traditional carpeting and a proper wood burning fire.

Bedrooms range from Guest Room to Signature Suite, by way of Deluxe and Superior rooms. All rooms feature rainfall showers and bespoke bathroom toiletries from collaborators The Perfumer’s Story.

There is an additional restaurant called BABA, celebrating and serving the food of the Middle East, from the team behind popular Edinburgh restaurant Ox and Finch.