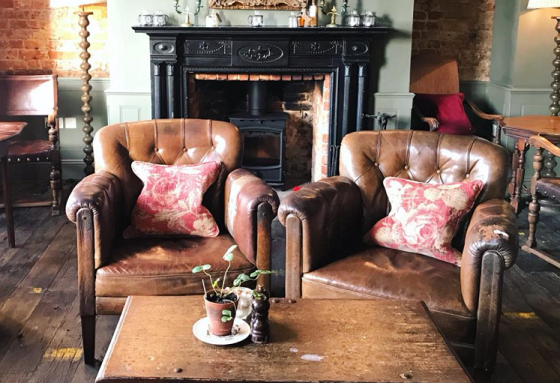 The Pig hotel group are expanding their litter from five to eight with the opening of three new properties.

The £30M expansion will see the group of boutique, quintessentially British hotels spread further into the British heartlands of Kent, West Sussex and Cornwall.

The hotel group have explained how they will upkeep the brand’s message of rustic, rural sophistication at their new destinations. For example, the fixtures and fittings will favour natural interior tones, to compliment the British countryside, so expect plenty of reclaimed wooden paneling.

The ‘shabby chic’ interiors at each new property are homegrown. They’re the work of interior designer Judy Hutson, the wife of Robin Hutson, the chief executive of the Home Grown Hotels group who own The Pig.

The Pig at Bridge Place, in the village of Bridge near Canterbury in Kent, will be the first of the new Pigs to launch in autumn 2018. The homely-feel hotel will inhabit a Grade 11 listed 17th Century manor house first built in 1638.

The building, which was a live music venue for 50 years, retains many of its original fixtures and fittings including Jacobean panelling.

Alongside the bedrooms in the historic house, there’ll be cosy ‘hop pickers huts’, with wood burning stoves, made from foraged and reclaimed materials.

The second and third hotels – in Arundel and Padstow – are due to open in 2019.

Both hotels will also assume Grade 11 listed buildings, which will be lightly modernised but also celebrate the histories of the local area.

In 2011 the hotel group acquired financial backing from businessman Jim Ratcliffe, of international chemical company Ineos, who continues to support the hotel’s growth.

Robin Hutson and his business partner Gerard Basset founded the Hotel du Vin group in 1994, but sold it a decade later. Hutson went on to launch The Pig group of hotels seven years ago.

Guests have fallen for the historic and stately destinations – which are currently in Devon, Dorset, New Forest, Hampshire and Somerset – because of their gently British theme, and their excellent on-site restaurants, which only cook and serve food caught or foraged from within 25 miles of the hotel, to leave a sustainable footprint and support their local communities.