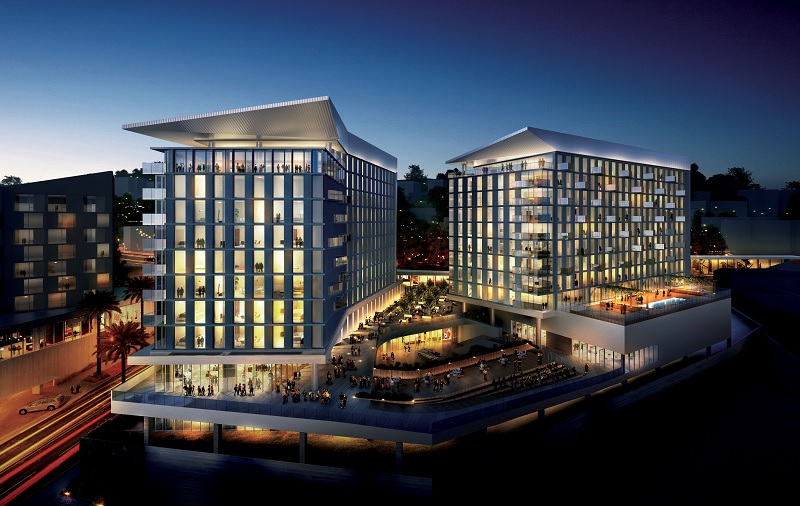 Starwood Capital Group has announced that it has acquired, through a controlled affiliate, the newly constructed 286-key The Jeremy West Hollywood hotel property in West Hollywood.

Designed by Skidmore, Owings & Merrill, the property will open in August as The Jeremy Hotel. Located on the corner of La Cienega and Sunset Boulevard, the hotel presents a very distinctive metal cladding in its exterior with its prominent hilltop location allowing for unobstructed breathtaking views from most rooms, ranging from Santa Monica to Downtown LA. The 286 room hotel features 50 suites, including two Penthouse Suites, a pool, fitness centre, two large conference rooms and meetings and event space (totaling approximately 10,000 sq. ft.), a spectacular rooftop bar and lounge with 360 views, a café, restaurant and lobby bar.

Over the course of the next year, The Jeremy will be transformed into the 1 West Hollywood and will become the fourth property in the award-winning eco conscious luxury sustainable brand created by Starwood Capital. When 1 West Hollywood opens it will join sister hotels in Manhattan,Brooklyn and Miami Beach. Other 1 Hotels under development include Cabo San Lucas, Mexico (fall 2019), Sunnyvale, California (late 2019) and Sanya, China (late 2018).