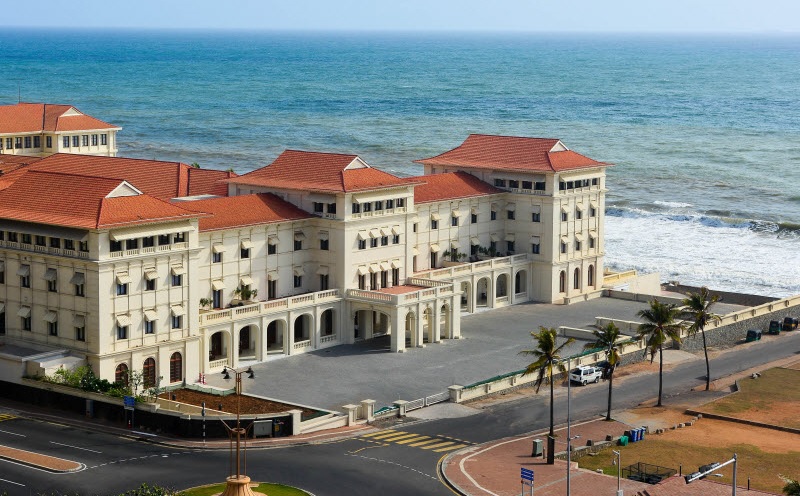 More than 153 years after first opening its doors, one of the oldest hotels east of the Suez, The Galle Face Hotel, will cut the ribbon on a new L’Occitane spa that pays tribute to the property’s glamorous association with Hollywood over the decades.

The Galle Face Hotel’s general manager Deni A. Dukic said the spa would stay true to L’Occitane’s traditions, including its essential oils, natural ingredients and traditional massage techniques, yet be distinct in character, inspired by the grandeur of the hotel’s historical association with some of Hollywood’s most recognizable icons.

“This is a spa that strives to transport you to an early Hollywood era, a gentler, more luxurious time when glamour reigned and time moved slower,” said Dukic. “We want to ensure that the services offered at the spa are equal to the standards guests from around the world have come to expect of The Galle Face Hotel.”

Situated adjacent to the hotel’s Pool Bar and Terrace overlooking the Indian Ocean, the spa’s lush outdoor area, replete with daybeds and tropical plants including fuchsia of rich pink bougainvillea designed to attract pockets of butterflies, will serve up a spa menu ranging from healthy snacks to specially created cocktails.

The spa will offer an ample choice of massages, facials and other treatments based on natural ingredients such as lavender from Provence in the south of France and shea butter from Burkina Faso in west Africa. First opened in 2001 in Brazil and Vietnam, L’Occitane spas are committed to socially responsible best practices, limiting water and energy use where possible as well as carefully selecting natural materials.

Both as a backdrop and as a place of respite post-filming, The Galle Face Hotel has hosted a number of stars over the last century and a half, including Laurence Olivier, David Lean, Gregory Peck, Carol Reed, Peter Finch, William Holden and Alec Guinness.

Bo Derek checked in for the shooting of Tarzan, the Ape Man in the ‘80s. In the same decade Harrison Ford was a guest when Indiana Jones and the Temple of Doom was filmed on the island. Steven Spielberg, Roger Moore, Carrie Fisher, Jean Simmons and Scarlett Johansson also figure on a guest list that reads like a who’s who of Hollywood royalty.

Due to open mid-2017, the spa’s emergence follows a 30-month restoration completed in late 2015 that brought the hotel’s rooms and suites, restaurants and bars, and lobby and ballrooms of the North Wing back to their original grandeur.