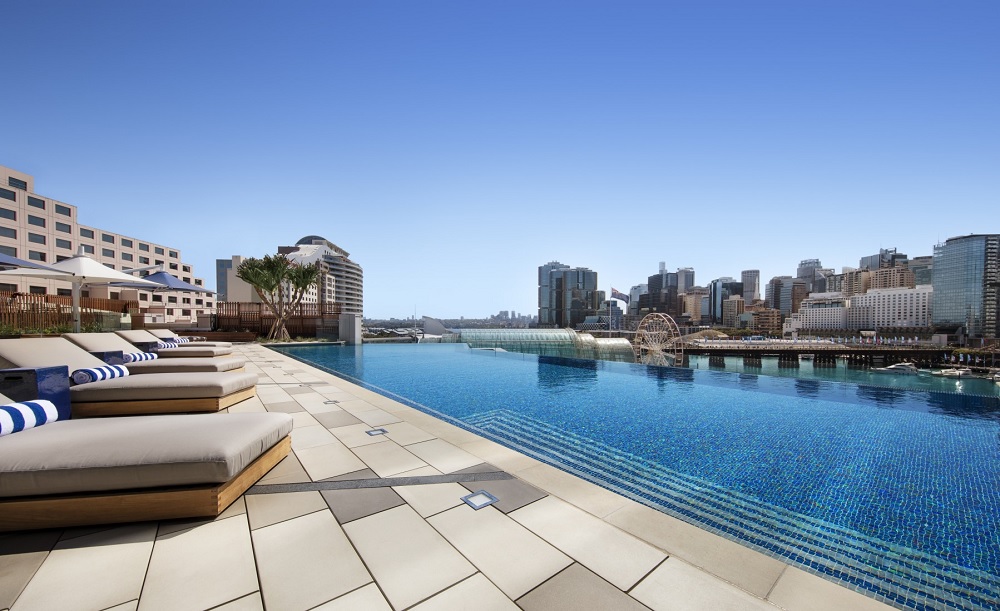 The much-anticipated Sofitel Sydney Darling Harbour has opened its doors, making it the first new-build, international luxury hotel to open in Sydney’s CBD this millennium.

Centrally located opposite the International Convention Centre, the AUS$500m (£281 million) Sofitel Sydney Darling Harbour will play a major role in the ongoing revitalisation of the vibrant Darling Harbour precinct. It also heralds the renaissance of new hotel development in Sydney, with over 40 hotels scheduled to open in the next five years to support the city’s tourism growth.

The hotel will offer 590 stylish guestrooms including 35 coveted suites, boasting some of the best views in Sydney. All the hotel’s guest rooms feature the Sofitel MyBed™ and floor-to-ceiling windows with views of Darling Harbour and the city. The suites feature an in-bathroom television, double shower heads and luxurious soaking tubs for the ultimate pampering experience.

The Bellerive suite is the hotel’s pinnacle of accommodation and features a separate living room, dining room and butler’s pantry. Exclusive to guests staying in the Club Sofitel rooms and suites on levels 28 – 34, the Club Millesime Lounge, located at the very top of the hotel on level 35 will offer breathtaking views over Darling Harbour and the city. 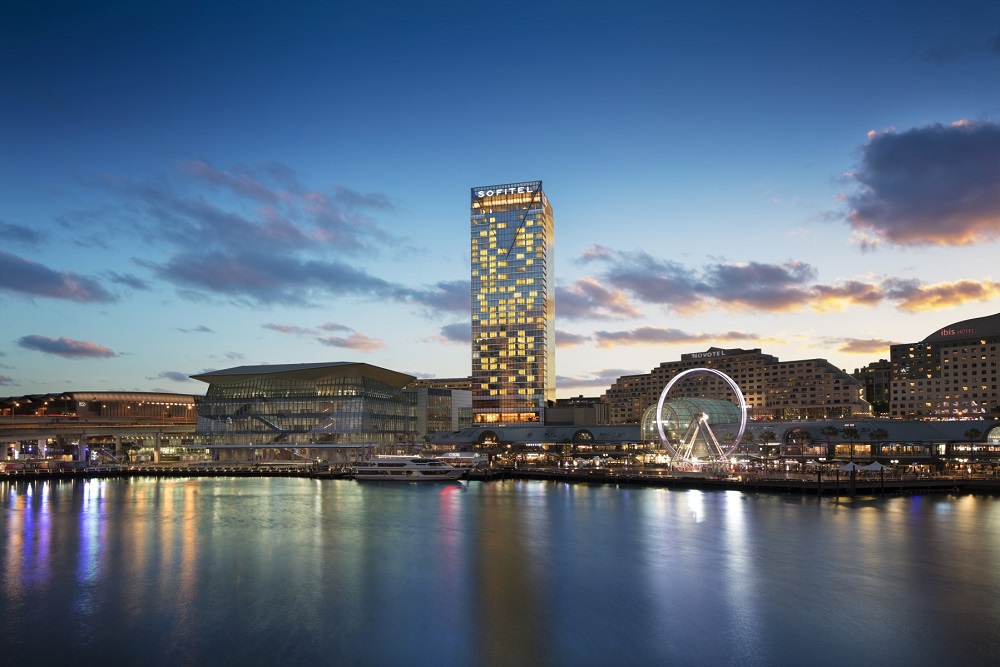 The hotel was designed by renowned multi award-winning Sydney architect Richard Francis-Jones from Francis-Jones Morehen Thorp architects. Dreamtime Australia Design and the A+ Design Group all collaborated to create this visually inspiring property which was built by Lend Lease.

On arrival, guests will be greeted by the hotel’s imposing 35-storey glass exterior featuring triangular accents representing sails and a striking red ochre and blue exterior colour palette which pays tribute to the indigenous clans of the Eora nation who lived around Tumbalong – the name given to Darling Harbour. A stylish porte-cochere leads guests inside the building. The hotel’s public spaces and guestrooms continue to pay tribute to the maritime location and the industries that formerly occupied the site including extensive use of timber representing Sydney’s strong wharf heritage through to the rope and sandstone motifs in the carpets.

While recognising the links to the location’s history, the hotel’s cutting-edge design places it squarely at the centre of Darling Harbour’s future. Sofitel Sydney Darling Harbour will meet sustainability targets as part of a transformed tourism precinct with a 6-star green rating, as well as feature spectacular external lighting to enhance Darling Harbour at night with 6000 LED lights providing Sydney with stunning light displays.