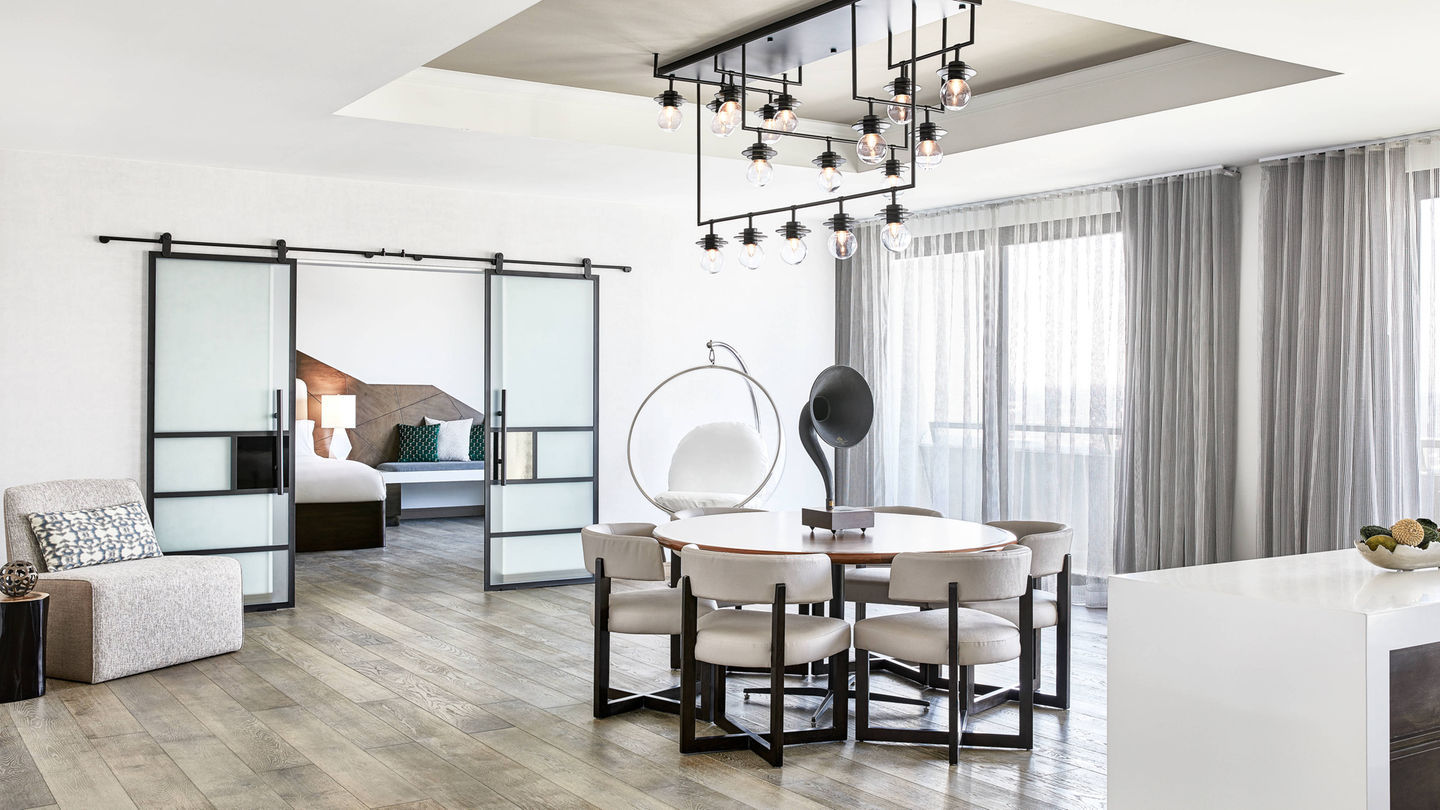 The Renaissance Denver Stapleton Hotel has completed a $15 million renovation project that began in April 2017. The entire hotel has been renovated including all 400 guestrooms, 40,000 square feet of meeting spaces, the lobby and all public spaces.

Californian-based design firm SANDdesign created a classic and subdued colour scheme, dominated by blue-grey tones and accented with mild earth tones and strong pops of orange. A sleek, modern design with strong geometric shapes compliments the architectural features of the exterior of the 1980s shell. 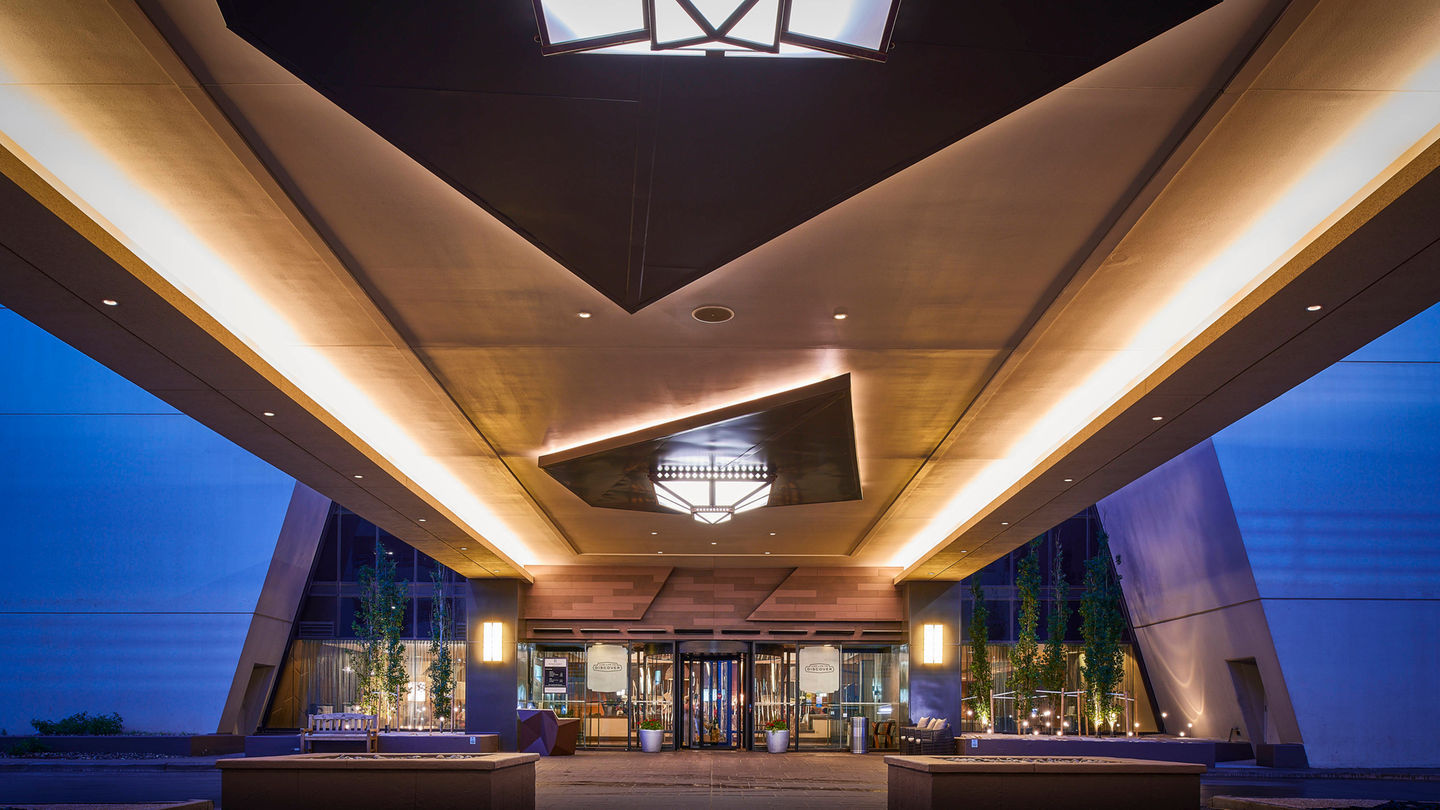 Bold, streamlined furniture accented with strong, simple, geometric pieces and splashes and accents of colour throughout the hotel give the overall theme a modern-meets-classic/artistic feel throughout.

A plant selection of lilies, succulents and other local botanicals reflect indigenous Colorado flora, while wall art blends natural, mountainous scenes with bright pops of colour with the industry of everyday modern life, represented in greyscale.

“After much anticipation we are thrilled to reveal the hotel’s reimagined look to both Denver and visiting guests,” said Brian Lenfestey, Area General Manager of Renaissance Denver Stapleton Hotel. “Offering the same high-quality service that Renaissance is known for, this renovation elevates the guest experience and gives us an edge in an ever-evolving city.”

The first area to be renovated, the lobby of the Renaissance set the sleek and modern tone that the rest of the hotel now emulates. The renovation brought a new botanical program along with new modern couches, chairs and artwork throughout the foyer and public space. 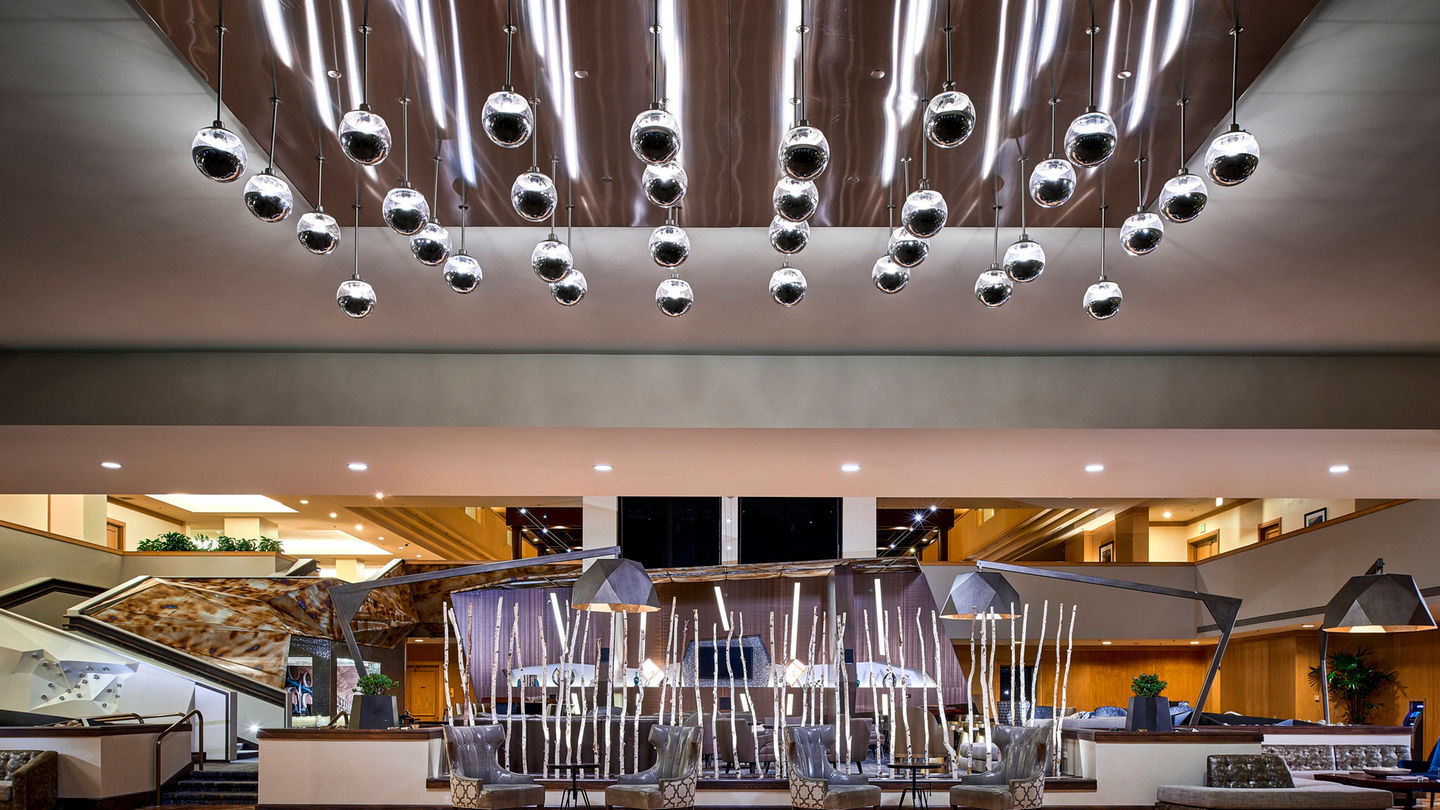 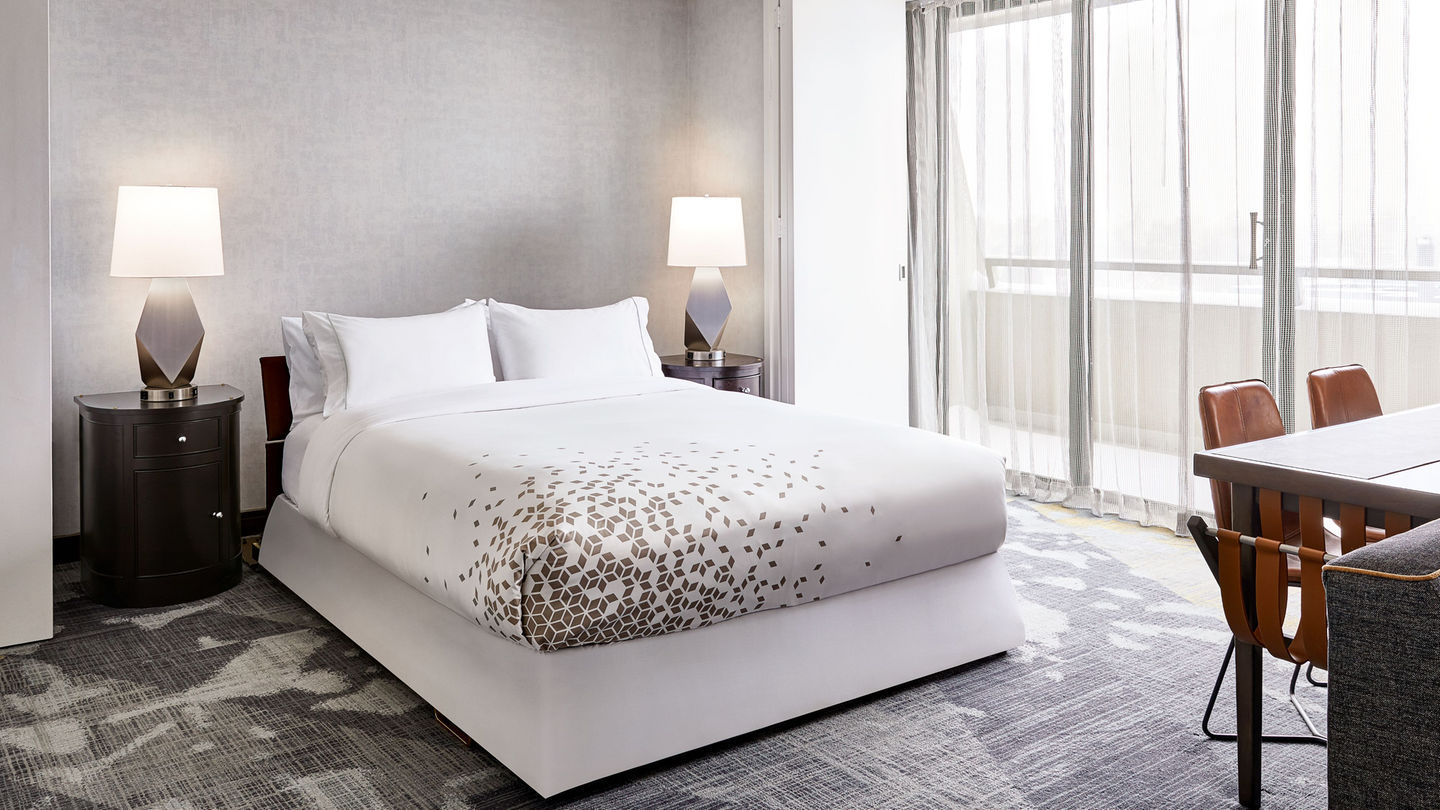 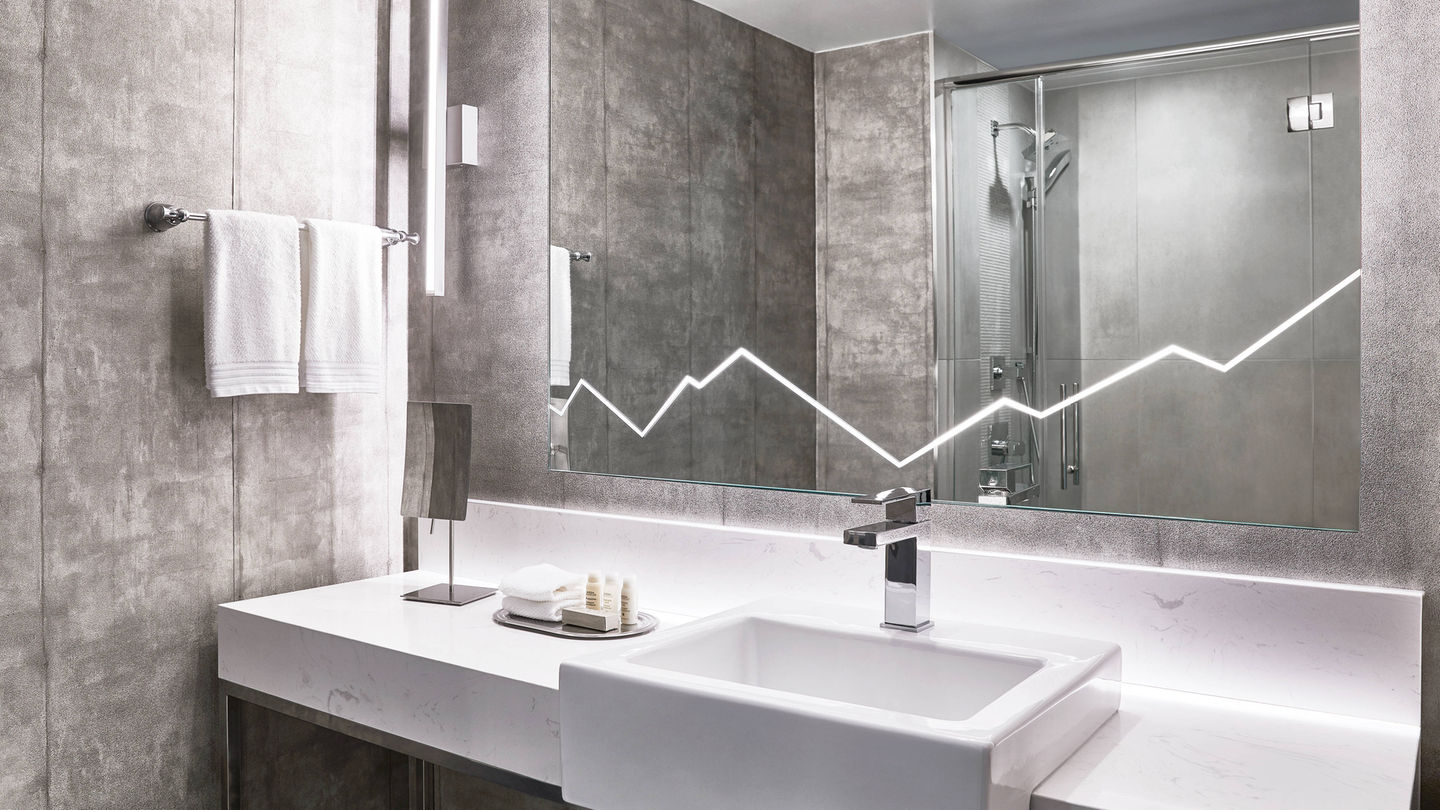 As part of the $15 million renovation, Renaissance Denver Stapleton is unveiling a new restaurant, Fifty300, which boasts a slightly more rustic feel, reminiscent of a high-end ski resort café complete with pseudo ski-lift booths. Inspired by mountain ski towns, the restaurant’s furniture is simple and modern with tables alive with wooden grains, shapes and textures. Subdued earth tones with pops of blue and orange can be found in the restaurant’s new lighting, floor plan, buffet, hardwood floors and host stand that imitates a stack of firewood.  Hints of metal along with architectural elements give a slightly industrial feel to the atrium level restaurant.

Built in 1986 adjacent to Stapleton Airport, the Renaissance Denver Stapleton Hotel began its life as a Stouffer Hotel intended to serve travellers to and from Denver. In 1993, the hotel was rebranded as a Renaissance and in 1995, Denver retired the Stapleton Airport and unveiled the new Denver International Airport 20 miles north east. In 1997, Marriott purchased the Renaissance Brand, and it continues to serve as the ideal location between Denver International Airport and downtown proper.

An iconic Denver hotel, Renaissance Denver Stapleton has undergone significant transformation, much like the surrounding Stapleton neighbourhood, now one of Denver’s premier residential and entertainment hubs and the largest urban redevelopment project accomplished in the United States. With an abundance of restaurants, breweries, specialty shops, local boutiques, outdoor malls, a movie theatre and over 50 parks, Stapleton has become a destination in itself.