Radisson to double its West and Central Africa portfolio by 2025 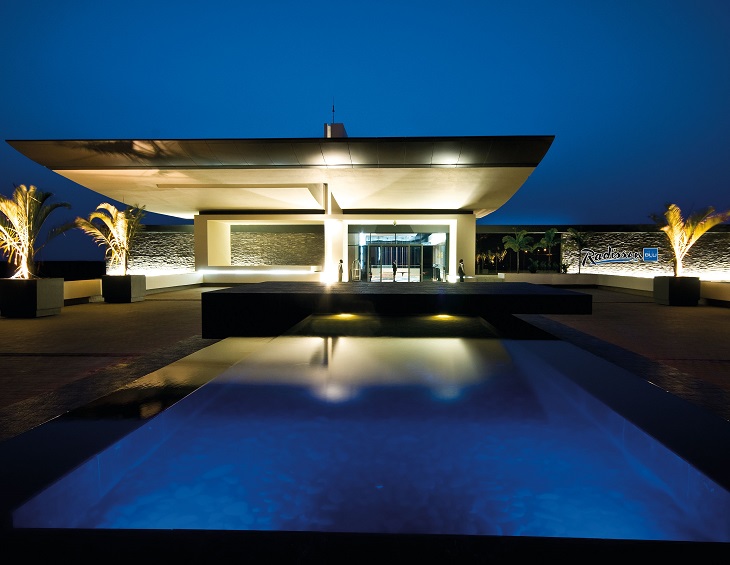 Radisson Hotel Group has announced that it will double its portfolio of hotels in West and Central Africa by 2025. To understand more about why this region is becoming a hotel development hotspot, Pauline Brettell hears from Erwan Garnier, Senior Director of Development in Africa at Radisson Hotel Group. Here’s what she found out…

Radisson Hotel Group, one of the world’s leading hotel companies, has identified West and Central Africa as key markets in its African development strategy, growing its portfolio from one hotel in 2008 to the current portfolio of 25 hotels in both in operation and under development. With this robust expansion strategy, the group is on track to cement its leadership and double its portfolio to 50 hotels by 2025.

Despite the pandemic, the territories remain a strategic territory for Radisson Hotel Group’s expansion. In 2020, the group was able to increase its West and Central African portfolio with three new hotel signings, adding more than 625 rooms and reinforcing its presence in key markets such as Nigeria and Mali while entering a new West African market, Ghana. With its focus on conversions, the hotel group was able to open within the same year, further demonstrating the strength and ability of the company to accelerate rebranding and repositioning of existing hotels. Another milestone was the debut of Radisson Collection brand in Africa, with the opening of Radisson Collection Hotel, Bamako in December. 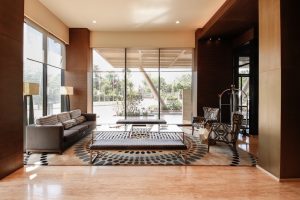 In April this year, the group launched its first Radisson Individuals property in Africa, with the signing of Earl Heights Suites Hotel, a member of Radisson Individuals, in Accra, Ghana, due to open during the first quarter of 2022. Radisson Individuals is a conversion brand that offers independent hotels and local, regional chains the opportunity to be part of the global Radisson Hotel Group platform, benefit from the group’s international awareness and experience, with the freedom to maintain their own uniqueness and identity. The pandemic has set a trend of consolidation in the industry, giving individual hotels the opportunity to rebrand their properties, while allowing the Group to expand even faster.

“We have also identified eight pro-active cities in West & Central Africa in which we are focusing our efforts for scaled expansion.” – Erwan Garnier, Senior Director, Development, Africa at Radisson Hotel Group.

Erwan Garnier, Senior Director, Development, Africa at Radisson Hotel Group, said: “We have identified six countries for growth in West and Central Africa, with a clear strategy to have city scaled growth in the key African capital cities, financial hubs and resort destinations. We have also identified eight pro-active cities in West and Central Africa in which we are focusing our efforts for scaled expansion. The focus destinations are Abuja, Lagos, Accra, Abidjan, Dakar, Yaoundé, Douala, and Kinshasa. Our development strategy for West and Central Africa, focuses on business hotels, resorts, serviced apartments and mixed-use developments. What sets us apart is our owner-centric approach with dedicated teams and relevant brands with the lowest development cost and access to development solutions, plus our adaptive solutions to meet local needs from compact offering, midscale to luxury, serviced apartments, lean operational model and clustering efficiencies.”

As the largest economy of the African continent, Nigeria remains a key market for Radisson Hotel Group as it expands its reach across West Africa. The group currently has nine properties open and under development in Nigeria, five which are operating in Lagos and Abeokuta and spread across our award-winning upper upscale brand, Radisson Blu, the upscale Radisson brand and the upper midscale brand, Park Inn by Radisson. 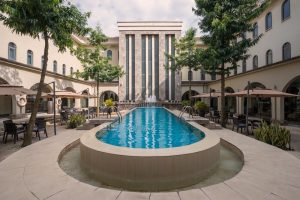 “Our objective in Nigeria is to increase our portfolio by 50 per cent, by 2025. The prime focus of expansion is  the capital city of Abuja, followed by Lagos and Port Harcourt. We foresee developing each of our six brands in Nigeria which includes our newest Radisson Individuals brand to support potential conversions,” said Garnier.

The focus of expansion is the capital city, Accra, the Gulf of Guinea as well as Kumasi, one of the largest cities of the country.

Ivory Coast is one of the fastest economies in French Speaking Africa and is a key market for Radisson Hotel Group.

Garnier said: “Abidjan is our focus city and we aim to further expand and meet the needs of the market by having each of our six brands present by the end of 2025. Currently in operation is the Radisson Blu Hotel, Abidjan Airport and one hotel under development, the Radisson Hotel & Apartments, Abidjan Plateau, which will offer the largest conference centre in the city centre, stylish accommodation and the city’s first roof top bar and restaurant.”

“We’ve identified the market requirement for international luxury in Abidjan and plan to meet this with our entry luxury brand, Radisson Collection. We also aim to expand our growing Radisson Blu portfolio and the upscale segment and upscale lifestyle segments with Radisson and Radisson RED in Plateau and Cocody. In terms of the international midscale segment, we aim to develop in Plateau, Cocody, Marcory and Treichville with our popular Park Inn by Radisson brand. Other cities we’re aiming to establish a presence in are San Pedro and the capital city of Yamoussoukro with our international upscale and midscale hotels. In the leisure market of Grand Bassam and Assinie, the ideal debut would be with Radisson Blu and Radisson brands.”

Known as an example of political and economic stability in French speaking Africa, Senegal remains a steadfast priority country of expansion for the Group. Dakar, a key focus city for Radisson Hotel Group, indicates strong potential in various market segments. The Group currently operates two hotels, Radisson Blu Hotel, Dakar Sea Plaza and Radisson Hotel Dakar Diamniadio  and aims to establish a presence for each of their six brands by 2025.

“We plan to enter the international luxury market with Radisson Collection, expand upon our flagship Radisson Blu portfolio, and establish a presence in the upscale segment and upscale lifestyle segment with Radisson and Radisson RED as well as the midscale segment with Park Inn by Radisson,” added Garnier. “We are focusing our expansion in the center of Dakar with Plateau, Corniche, Ngor and Point E as well as Diamniadio and Saly. Other cities we’ve identified for expansion are Touba and Saint Louis with our Radisson and Park Inn by Radisson brands. In Cap Skirring, we aim to introduce our upscale and upper upscale brands to this leisure market alongside the Atlantic Ocean Coast.”

Radisson Hotel Group plans to further expand its portfolio of brands across the Cameroon, with a focus in Douala and Yaoundé. In Douala, the economic hub in Central Africa, the Radisson Blu Hotel & Apartments Douala is currently under-development with the opening scheduled for Q1 2023. The property will lead the five star segment in the city with 180 rooms and apartments, a range of food and beverage facilities, including a sky bar with a view of the entire city, along with a cutting edge wellness spa and gym.

“In the capital city of Yaounde and the financial hub of Douala, our ambition is to establish a presence for each of our six brands. Our priority now is to enter Yaoundé in order to have presence in both key cities of the country. We are also aiming to expand our resort offering in Kribi with our Radisson and Park Inn by Radisson brands.” 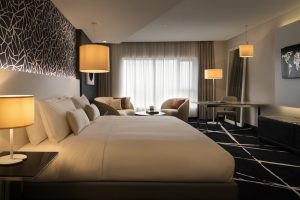 Democratic Republic of the Congo (DRC)

Radisson Hotel Group has also identified the Democratic Republic of the Congo, the second largest country of the continent by area, as a focus of expansion, placing a priority to enter this strategic market in 2022, focusing on Kinshasa city followed by Kolwezi and Lubumbashi. Kinshasa has the potential to house each of the six Radisson Hotel Group brands especially Radisson Collection, Radisson Blu and Radisson.