Hotel Saranac to reopen in 2017 as part of Curio Collection 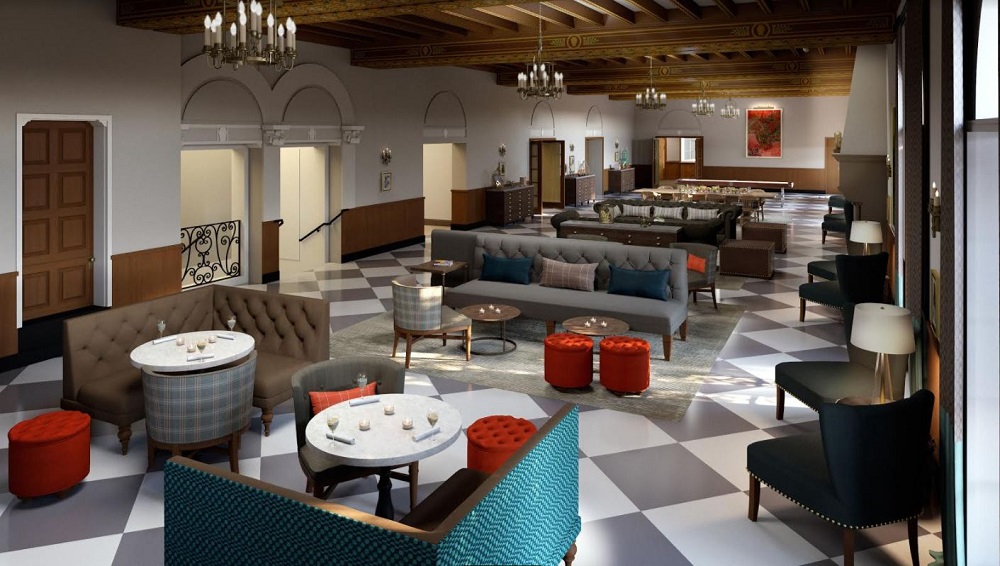 Hotel Saranac will reopen in late 2017 after a multi-million dollar restoration that infuses modern indulgences with untamed North Country spirit.

With its glorious ballroom, gorgeous public spaces, and landmark exterior burnished to a new glow, the Hotel Saranac will also boast amenities fresh as the Upstate air. Indigenous ingredients like pine, birch, and maple will infuse treatments at Ampersand Salon and Spa, a state-of-the-art sanctuary named for the majestic mountain nearby. The Hotel Saranac’s rustic-chic restaurant, is the Campfire Adirondack Grill + Bar.

Originally designed by Adirondacks architects Scopes and Feustmann, Hotel Saranac opened in 1927 as a beacon of elegance in serene Saranac Lake. Visitors from up and down the East Coast flocked to the hotel, drawn by its grand design, breathtaking scenery, and historic surroundings on downtown’s Main Street. A painstaking, thoughtful restoration has brought a modern spin to everything that made the Hotel Saranac a 20th-century icon.

Now part of the select Curio Collection by Hilton, a collection of unique hotels appealing to travelers seeking local discovery, the Hotel Saranac was bought in 2013 by New Hampshire-based Roedel Companies, a standard-setting owner-operator with deep family ties to Saranac Lake. Offering a comprehensive suite of hospitality services, Roedel Companies has taken a fully integrated approach with the restoration, including managing its development, construction, interior design and operations.

Roedel engaged Boston-based Korn Design to guide the overall vision and create a brand strategy for the re-launch of the iconic hotel. Governor of New York State Andrew Cuomo also played an instrumental role in bringing the hotel to life, awarding a $5 million (£3.8 million) redevelopment grant to Hotel Saranac.

The hotel – the sole survivor of 13 luxurious properties that dotted Saranac Lake in the 1920s – includes 82 reimagined guest rooms in its main building, and 20 more suites in Compass Point, an adjacent complex that will open in early 2018. Each Compass Point suite has been uniquely designed to match the architectural detailing of the building. These larger, more private sanctuaries are perfect for families, social groups and events.