Historic Manchester fire station to be reimagined as boutique hotel 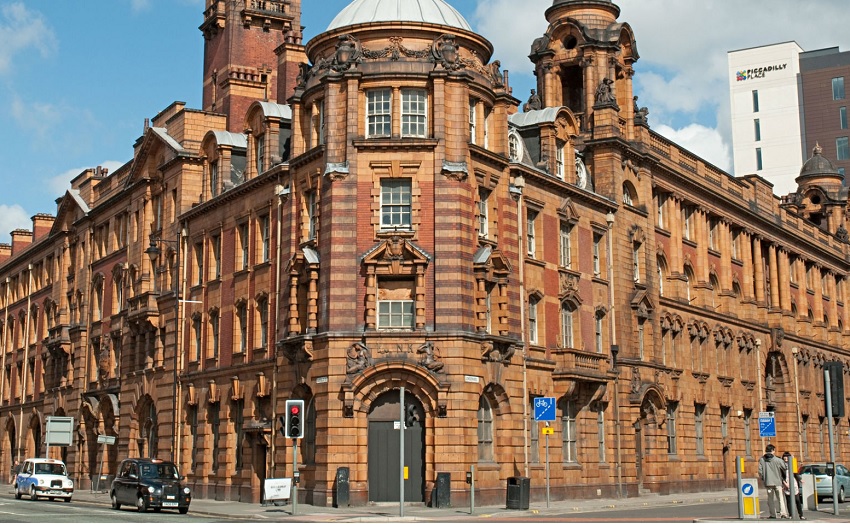 Manchester’s historic London Road Fire Station has sat largely vacant in recent years, but after a collaboration between an award-winning property development firm and an architectural firm, that might be changing soon.

Allied London and Levitt Bernstein have submitted a design proposal that stands as a full-scale reimagining of the unique and storied property. This plan, if put into action, seeks to reinvigorate more than the just the fire station — it seeks to overhaul and vitalise the surrounding neighbourhood as well.

Allied London has owned the building, which is a Grade II* listed Edwardian Baroque-style structure, since 2015. At the time of purchase, the property had fallen into wide-spread disrepair. Levitt Bernstein’s submission, however, is aimed at refurbishing and expanding the property to include a boutique hotel, bars, restaurants, communal workspaces and private residence apartments.

For those concerned about the history of the classic building, there is cause to celebrate, as the submitted plan goes to careful lengths to preserve the building fabric wherever possible. It seeks to accomplish this while still having the new hotel wing of the structure seated in front of the existing London Road courtyard elevation.

The original façade of the building will become a side of a corridor that will connect the new hotel wing. The designers at Levitt have conceived of the structure’s new extension as a metal tableau, able to simultaneously reference the heritage of the site while creating a harmonious composition that is housed within the confines of the courtyard.

Another key component of this design is the Fairfield Street wing. In this section of the property, the old firemen’s flats where the men once lived will be adapted to something more modern: a series of communal workspaces and private residency apartments. These properties will also response to the building’s overarching layout, striving to maintain many of the interior details that were inherent to the original.

At the core of this reimagined building, however, are the modern trimmings that mark world-class global hospitality properties. There will be a spa, several themed bars, and restaurants for all manner of dining.

In the central courtyard, this design features a new pavilion, where visitors can access other bars as well as an event space, which has a proposed glass prism installation that creates a grand sweeping staircase that descends upon a subterranean area. This section will be festooned with semi-reflective glass, which means that during the day it will reflect the architecture surrounding it, blending it into the background. At night, however, it will be illuminated within, creating a truly stunning effect.

Currently in the planning stage, the London Road Fire Station will begin the renovation and construction process in late 2017.