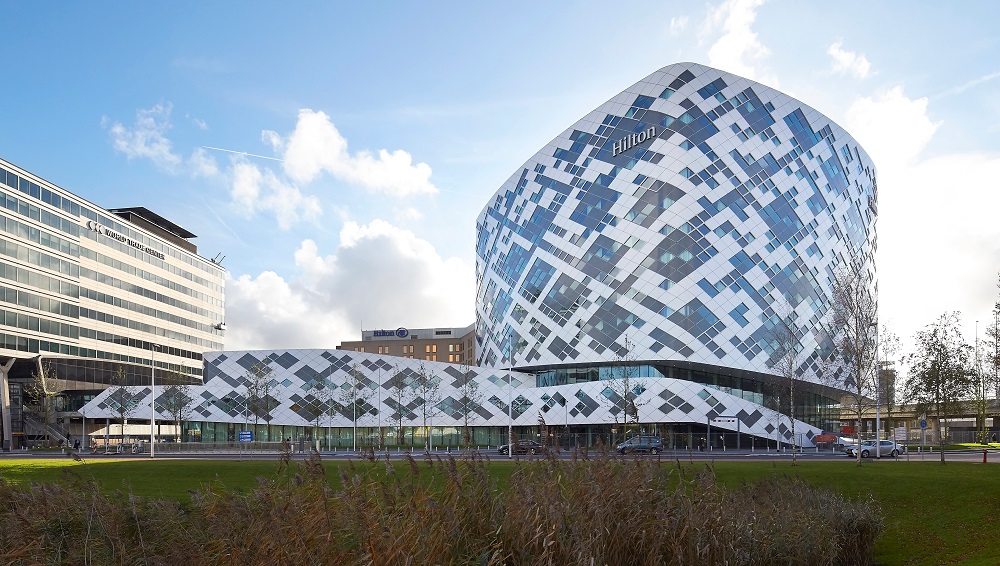 It’s fair to say that until relatively recently, airport hotels didn’t have the best of reputations. Seen as merely a necessary concession for ease of access to terminals, guests have generally viewed them with apathy. And this attitude hasn’t been helped by all-far-too-often lazy approaches to design and interiors on the hotels’ part. But this is now beginning to change.

In light of its recent opening of the Amsterdam Airport Schiphol hotel, Hilton commissioned a study of global travellers, and discovered what we’ve known for a while – that the majority of people use airport hotels purely out of convenience, often for business and missed/inconvenient flights. Some travellers had no intention of staying again at airport hotels, describing them as “boring, expensive and crowded.”

Yet, given how frequently airport hotels are used, particularly for business travellers, clearly this negative perception must to shift to meet customer’s needs, especially as the survey revealed:
• The majority of business travelers (between 56% and 88%) feel that there is a connection between their satisfaction with their hotel stay and their ability to perform their job well.
• While business travelers are away from home, they still want their hotel to feel like it is their home (63%+), with amenities available that will help them to relax or otherwise enjoy their stay.
• A majority (61%+) say they “always try to use hotel amenities like bars and spas as a way to relax when traveling for work.” 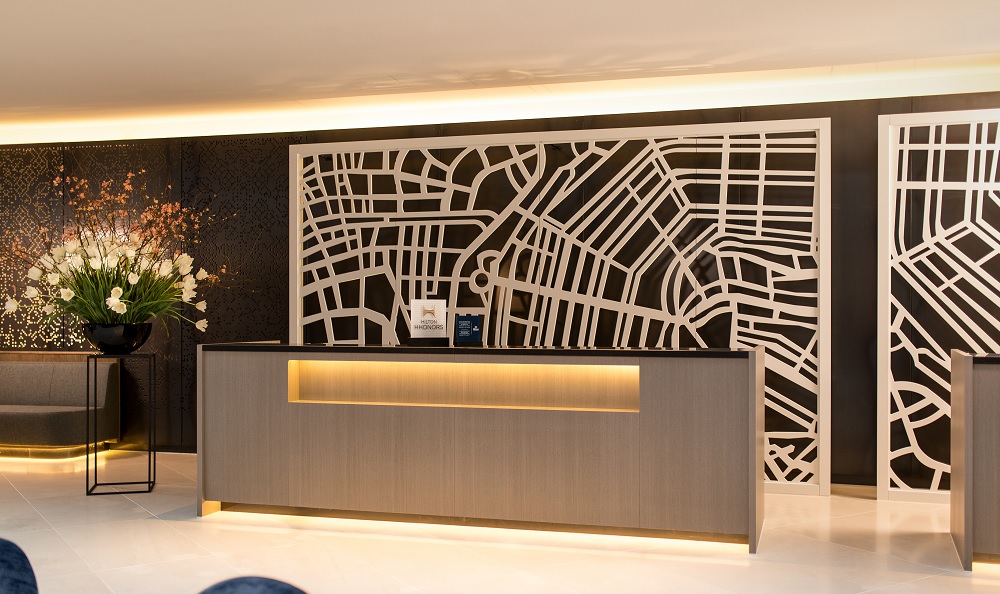 Inspiring design, updated amenities, unique F&B offerings and wellness options that you’d expect of a top city hotel, rather than a traditional airport hotel – Hilton is incorporating these features into their next-gen airport hotels. The recently opened Hilton Amsterdam Airport Schiphol is a key example of a next-gen Hilton airport hotel.

DESIGN
o Hotel has a distinct cubic design that features a 42-metre high glazed roof.
o Spanish artist Israel Páez has created a wide range of bespoke pieces for the hotel such as story-telling tile walls in the open kitchens and a series of headboards for the guest rooms representing the Dutch landscape.
o Hotel showcases Hilton’s new lobby concept which brings together, in a single open-plan area, unique ‘islands’ which serve as multi-functional spaces, including a reception area, lounge and bar. 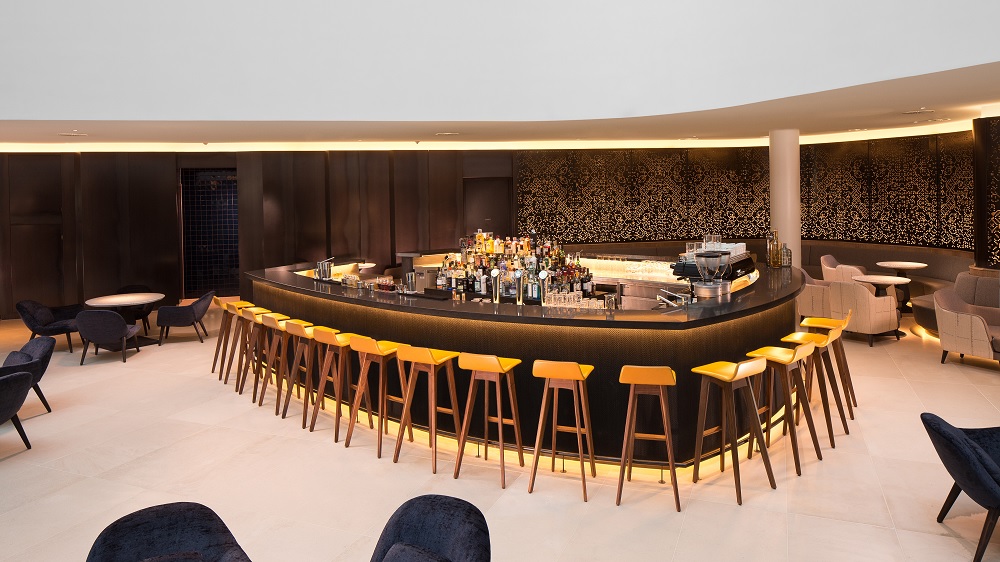 M&E
o Hotel is the largest conference hotel near Amsterdam Schiphol Airport, boasting 23 flexible meeting spaces, including a ballroom with a capacity of up to 640 delegates and offers state-of-the-art audio-visual equipment.

F&B
o In the lobby and cocktail bar, guests can star gaze within the atrium whilst being able to choose from a large bar selection of gins and jenevers in The Netherlands.
o The Bowery restaurant features three live cooking stations and offers authentic grill and Asian dishes inspired by its Dutch heritage and made with fresh ingredients sourced from local suppliers and farmers.
o The Vine Room, seating up to 20 guests, serves as a private, intimate event space. 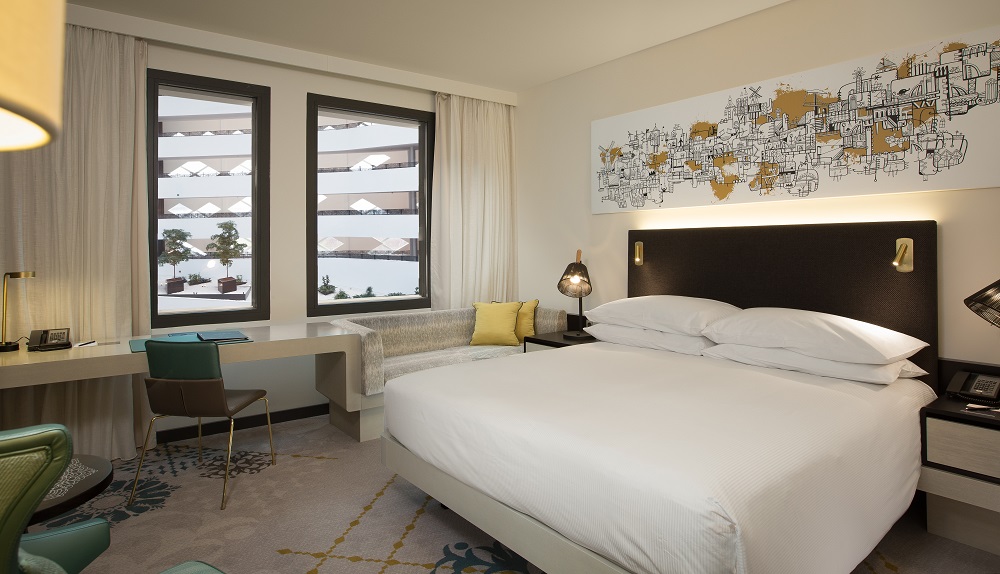 After seeing images of next-gen hotels similar to the above, travellers attitudes change dramatically.
• In the U.S., 72% of those surveyed shifted their viewpoint from “boring” to “modern,” and 71% to “luxurious.”
• 74% who were unlikely to stay at an airport hotel said they are now likely

Given that nearly seven out of 10 travellers would only consider staying at airport hotels for missed or inconvenient flights, the vast majority of travellers are yet to be won over with new concepts, enhanced amenities and a better overall understanding of what next-gen airport hotels have to offer.

The full study can be found here…