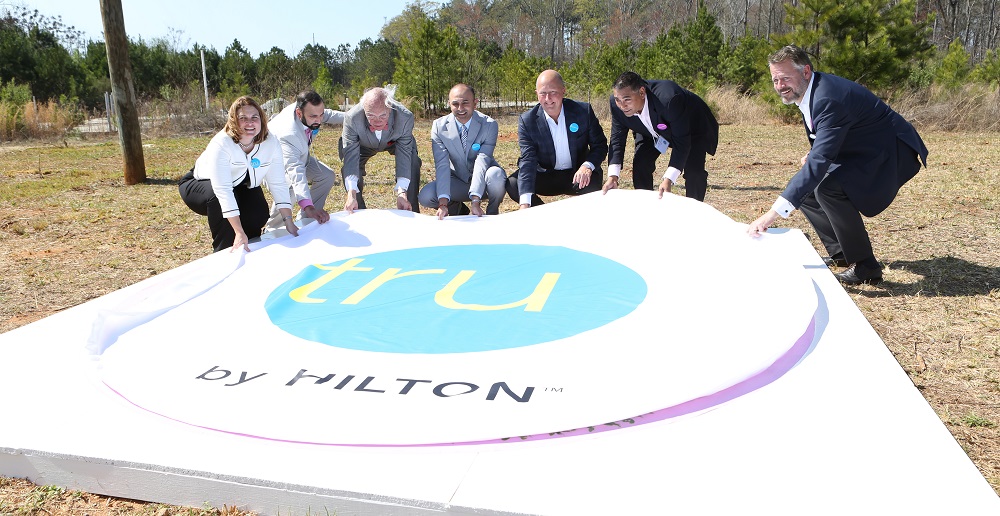 Demonstrating Tru’s promise to ‘break the mould’ at every occasion, the milestone event tossed traditional hard hats and shovels aside, treating guests to an unveiling of 3D chalk paintings created of the hotel’s exterior and guest room design that allowed attendees to feel as though they were part of the hotel.

In addition, attendees had some fun in an interactive photo booth that placed them right inside the lobby of the 98-room, 4-storey hotel. It is expected to be completed in summer of 2017.

The value proposition continues to drive developer interest. Hilton Worldwide announced today that it has 189 Tru hotel deals in process to date, up from 130 hotels in January when the brand launched at The Americas Lodging Investment Summit. When completed, the new Tru by Hilton McDonough will provide guests with smart and efficiently designed guest rooms and reimagined public spaces, including an open lobby with four distinct zones for lounging, working, eating or playing.