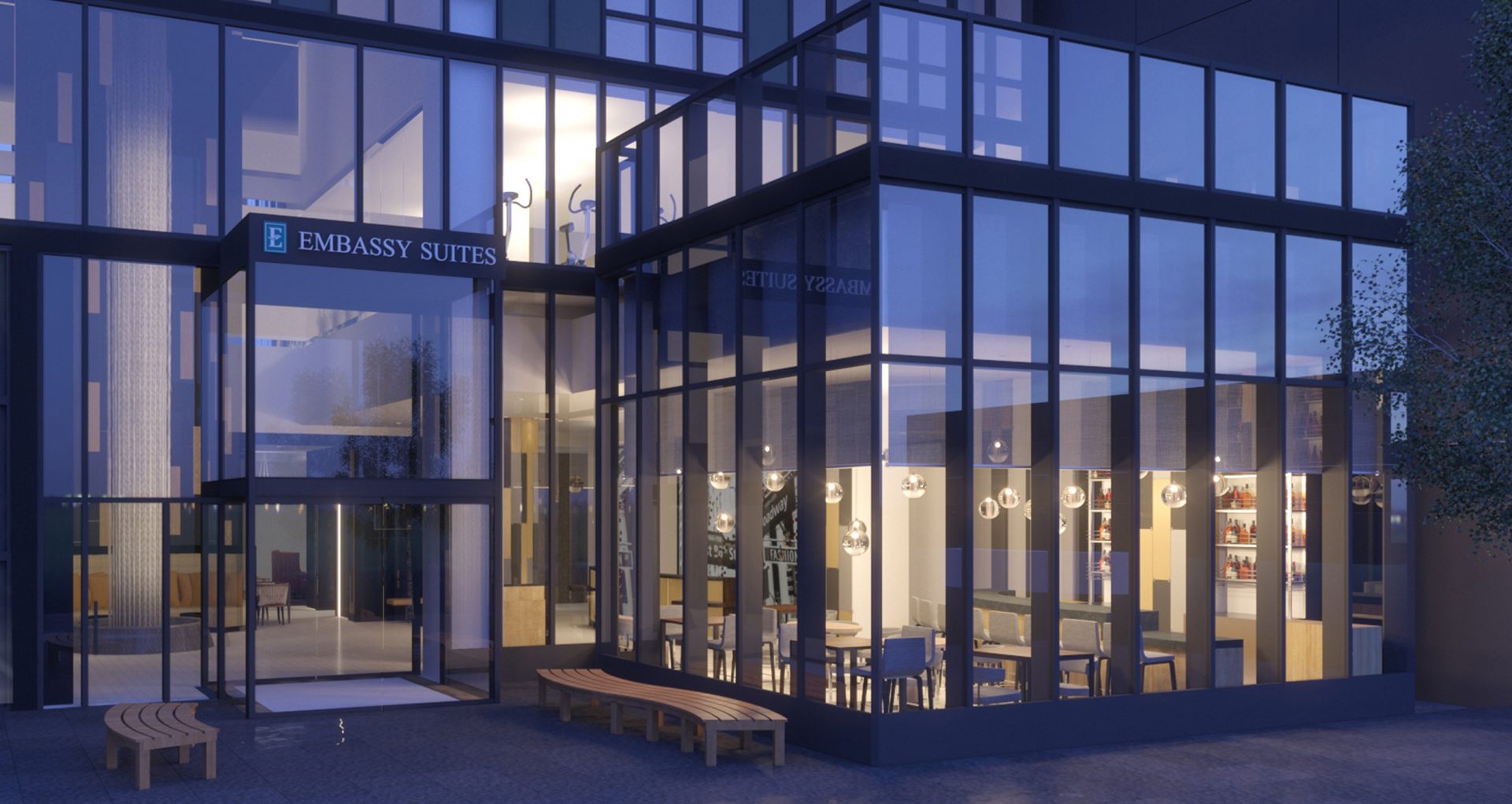 Campion Platt Interiors was selected to design the hotel’s public areas, while HVS Design was responsible for the guest suite and corridor designs, and PPA provided the architectural plans.

“Many travellers today can’t tell the difference between a hotel located in Cleveland or one in Canberra due to ‘generic hotel aesthetic blur’. We hired Campion Platt to set the tone and lead the design team due to his New York experience and sensibilities; they were apparent at our very first meeting. Campion grasps the city at its DNA level, including a deep historical understanding of the Garment District.”

Based at the crossroads of New York City, the 39-storey building boasts a glass façade and is a quick walk to Times Square, the Empire State Building and 5th Avenue.

Plus, each of the hotel’s studio suites feature Wi-Fi, two 42-inch HDTVs, a spacious work area, mini fridge, microwave and a coffeemaker.

SkyLawn, the hotel’s outdoor venue can host events for up to 300 people, while the Heist Bar & Lounge celebrates the greatest jewel heists in history through inventive cocktails while paying homage to New York’s famed Diamond District.