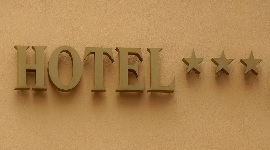 Hotel group Puro Hotels has opened its new flagship hotel in Kraków, which is where the brand launched in 2011 with the aim to change the landscape of hotel design in Europe.

The 228-key hotel – which occupies a corner site in Halicka Street, Kazimierz, the city’s former Jewish quarter – provides a destination and curated experiences for local residents as much as for tourist and business guests. Design firm Conran and Partners’ design concept for the Kraków Kazimierz Hotel is ‘Bohemian Modern’. This approach represents a fusion between the energy, history, authenticity and art culture of the location (‘Bohemian’) and the dynamic, progressive brand principles of PURO, demonstrating the brand’s passion for contemporary art, design-led furniture and forward-looking hospitality (‘Modern’). This conceptual narrative has provided a rich source of inspiration for the creation of a unique PURO hotel which is firmly grounded in its location.

The design of the hotel deliberately references elements of the area’s history, including its once-bustling industrial heritage, while still achieving a strong residential feel. This has resulted in a welcoming hotel, designed to encourage guests to inhabit the ground floor spaces, morning, noon and night. The café, restaurant and bar incorporate indoor and outdoor areas with private ‘pockets’ of space where guests can enjoy PURO’s hospitality.

On entering PURO Kraków Kazimierz, guests are welcomed by a bespoke reception desk, with the lobby floor showing an etched outline of Kazimierz quarter street pattern. The wall behind the reception area features a bold graffiti art installation by Polish artist ‘Nawer’ and is a taster of the wider artwork collection which is to be found throughout the hotel. PURO Kraków Kazimierz incorporates the MAK bakery and café at ground floor level which connects directly with the street frontage. MAK offers freshly-baked bread, pastries and cakes, including traditional cheesecake and poppy seed bread. The space has a sunken lounge, open fire and sharing table. The hotel also incorporates the Halicka restaurant, offering diners a menu of dishes using locally- sourced ingredients, and an independently-run, destination cocktail bar.

The overall palette mixes natural, raw materials such as terracotta, faded bronze and reclaimed timber with bold splashes of colour balanced with the black-and-white layered tones of the PURO brand. A base palette runs throughout the hotel which has been adapted to give a defined personality and character to each of the key spaces.

The approach seeks to draw upon the various historic and cultural layers of Kazimierz – including the area’s former warehouses and workshops as well as its more recently-acquired galleries and street art – which have combined to bring a ‘decayed charm’ to one of city’s most attractive quarters to live and work in.

Guestrooms are flooded with natural light via full-height windows, each incorporating a generous shower area. An etched, grooved, fluted glass screen physically separates the shower from the bedroom while allowing light and abstracted views through. The beds are backed by bespoke, woven headboards and covered by specially-designed throws referencing one of Conran and Partners’ early concept sketches for the hotel.

PURO Hotels plans to open two new hotels in Warsaw and Łódź in 2019. The brand anticipates the establishment of further PURO cities in the near future. In Poland, PURO Hotels is actively pursuing new opportunities in both Katowice and Warsaw.