Circle of light in hospitality and workplace 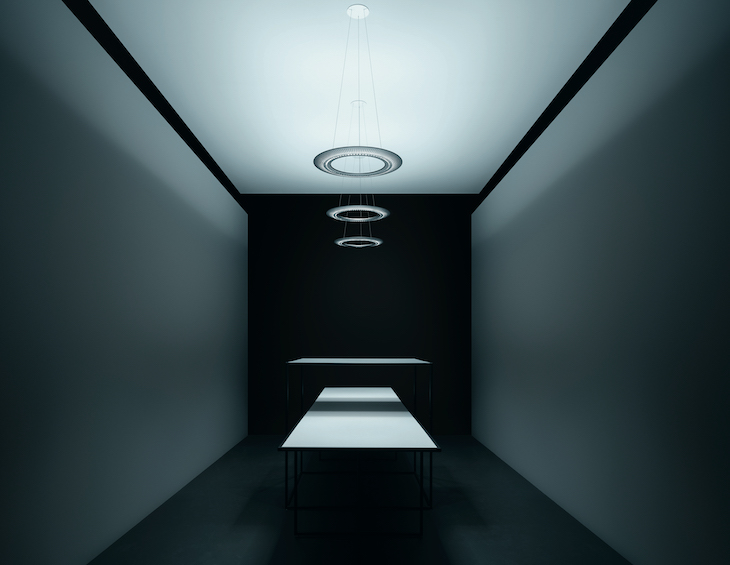 Designer Yorgo Lykouria sheds light on the convergence of hospitality and workplace, how we are living in a ‘post categorisation world’ and why his award-winning circular lighting design is as at home in a hotel lobby or an office…

The concept of hoteling: booking office space and enjoying concierge-style services in a workspace dates back well into the last decade, proving just how omnipresent the influence of the hospitality is on the world of workplace. But instead of being a one-way street is there actually more of a convergence between the two sectors than was previously thought?

Designer Yorgo Lykouria certainly believes so. “We’re almost at the point of post-categorisation, a place where good design can be presented anywhere,” he argues. “Good humanistic design should be everywhere. A hotel can be just as much of a workplace as a hotel.”

He continues: “When we think of things in that way, everything from furniture to lighting is embedded within our own preconceptions about what works for a particular setting be it an office or a hotel.”

Lykouria, who is founder and creative principle of design studio Rainlight, is responsible for Ambitus, a luminaire which has recently been awarded the ‘Best of the Best’ product prize at this year’s prestigious Red Dot Awards. The design of the luminaire found favour with the judges due to its mix of state-of-the-art technology combined with daring, nature-inspired aesthetics, held in place with distinctive, thin cables. Lykouria collaborated with Austrian manufacturer Zumtobel over a ten year period to create the final design. “It was initially intended to be a flexible piece for the workplace but it has an adaptable graceful quality that means it could equally belong it in a hotel lobby.” 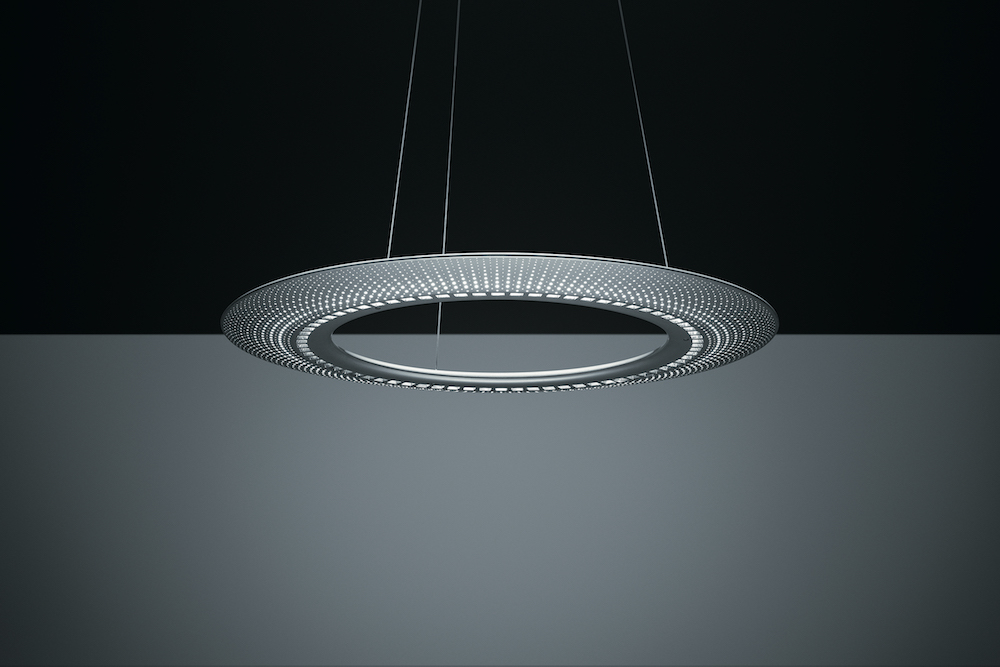 The development of Ambitus involved using pliable LEDs and a complex tooling process while the perforated, laser-cut pattern which says, Lykouria, “is like an explosion of supernovas.” The light engine: the element consisting of LEDs mounted on the circuit board plus the electrical and mechanical fixings, offers tuneable white direct and indirect lighting and the colour temperature can be adjusted to suit the ambience required. In an office environment, it’s about harmonising with workers’ Circadian rhythms, providing energising or calming light as required but actually in a hotel setting that ability to switch moods is equally applicable. “You could have a warm light in a meeting space or above tables in a restaurant or a combination of warm and cool light. Depending on the finish, Ambitus can create a range of moods from austere minimalism to adding a more decorative, ornate quality.”

“The light is able to replicate true human-centric lighting and this is a rare occurrence with just a single light fixture,” he says. Its round shape is key, a contrast to the linear form of most office lighting. “It seemed to me a paradox to design a luminaire with straight lines when all natural sources of light such as the sun and moon are spherical. Because it is a circular light, it can make a space glow, like a campfire.”

It’s this sense of gathering around, of coming together that intrigues Lykouria about hotels. “A hotel is a very important part of the urban fabric, it’s a meeting place for nomads. Hotels are places of impromptu gatherings, it’s the connection of life and community: you get that contact with local people. Everybody is a nomad.”

He talks about the idea of grand hotels such as the Ritz, the Savoy, the George V in Paris or the Taj Mahal Palace in Mumbai, “They really stitched together the fabric of life and now we have boutique hotels which are smaller and there’s more of them but they do the same thing.”Eschewing chain hotels, he prefers places that “look like the city they are in. The worst hotels are the ones where they don’t have that sense of place.”

Moving from the hotel lobby to the guest rooms he says, “It’s also an experience in solitude, that’s actually what I love about hotel rooms. You don’t have all your stuff around. It’s quite a calming experience, it’s just you and the few things you brought with you. In that way, it’s quite cathartic, a repose from the busy way of life.”

Hotels, he says, are even more important now in the days after our freedom of movement has been so substantially curtailed for so many months “Their relevance has been enhanced, you’re choosing to go somewhere different for some days. It’s a change from everyday life, somewhere that provides that reboot, that sense of being in the now. Suddenly you’re thinking new thoughts, it’s challenging. Hotels give you that sense of a refresh.”

While some of us may be missing our places of work in a similar way, in terms of opportunities for face-to-face social interactions and frankly the change of scene, hotels transcend that idea. Lykouria adds finally, “When we’ve been living off the internet for the past year or so, I’ve really missed the ability to travel and to be in different cultures. Hotels are key to that.”