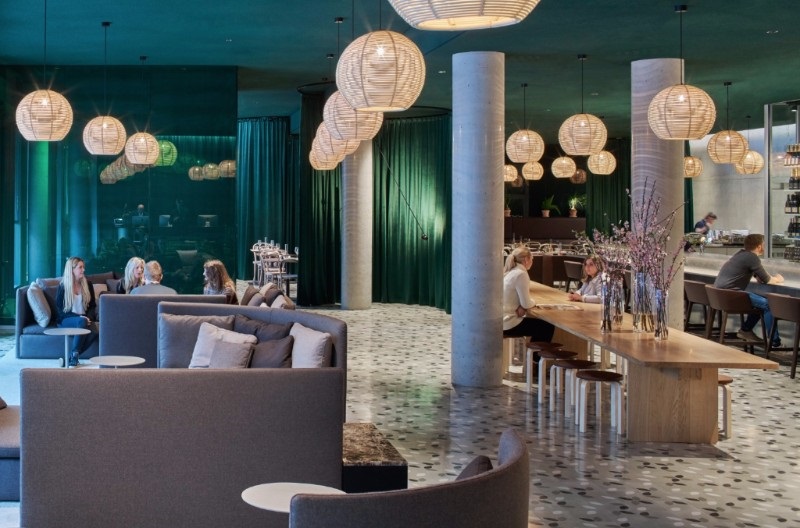 Paris is for lovers, New York never sleeps, and in Bergen it rains. Every city has its stereotypes – some less flattering than others.

The citizens of Bergen, on Norway’s west coast, are saddled with a reputation for enduring 266 days of rainfall a year – the price they pay for their spectacular mountain backdrop, verdant woodland surrounds, and picture-perfect ocean horizon. But the Bergensers don’t mind. When it rains, they grab an umbrella and make the most of it.

That’s certainly the case at Zander K – the newly opened addition to the De Bergenske family of five hotels in central Bergen. Here, rain is an integral part of the hotel’s design scheme, wittily featured in playful storm-cloud artworks by Swedish illustrator Jesper Waldersten and postcards featuring nuggets of watery wisdom such as: ‘Some people walk in the rain. Others just get wet.’ Even the curtains in the bedrooms are wittily patterned with raindrops so that, even when the sun’s out (which happens much more frequently than people think), you can pull across the semi-transparent curtain and make it rain again. 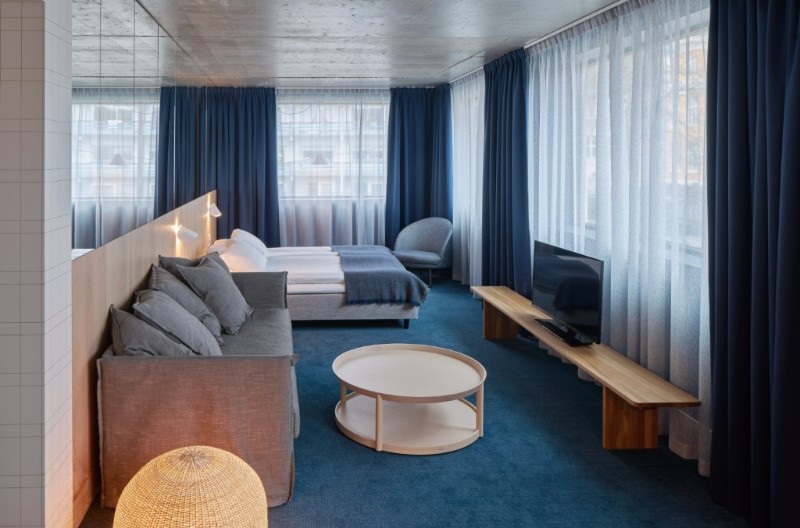 We wanted the hotel to feel like Bergen: friendly, modern and somewhat modest in scale. The hotel is located in three visually different but, in reality, fully connected buildings. More or less only the façades of the old buildings were kept, with two new extra floors discreetly added on top; most of the interior is newly built. But instead of making it look like one big building, we opted for visually downscaling it into three smaller volumes to suit the Bergen streetscape. We really like the fact that the hotel appears much smaller than it actually is. It’s the opposite of most new hotels.’ – Eero Koivisto, Architect, Claesson Koivisto Rune 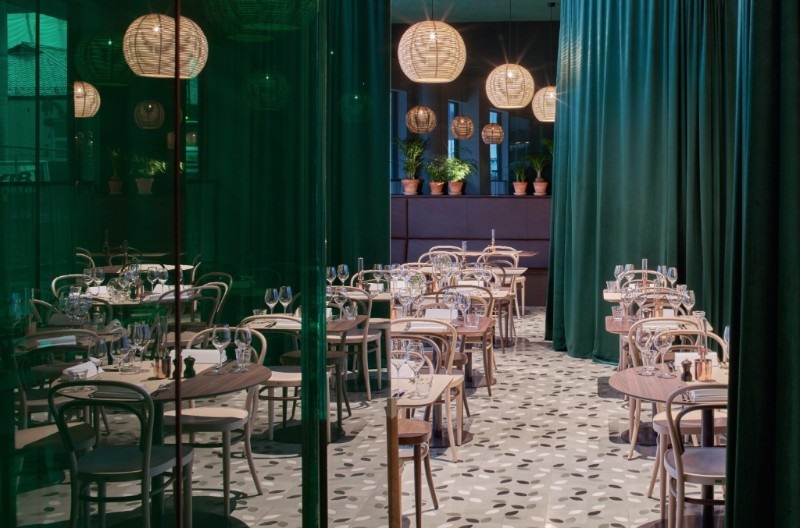 Lobby
The hub of the hotel is the lobby area – separated from the street by a green glass windcatcher (a distinctive feature of many Scandinavian hotels). This expansive, airy and fluidly multifunctional space leads into a congenial lounge and reception area on one side, and the easygoing Matbar restaurant on the other, with a zinc-topped bar in between. With an abundance of tactile raw materials – solid wood, concrete, polished marble and velvet – irregularly positioned pillars, a dark green ceiling and a leaf pattern spread across the tiled floor, the experience is rather like entering a modernist vision of a forest – appropriate, given Bergen’s lush woodland surroundings. The hotel’s connection to the natural world and the Norwegian landscape also comes across in Zander K’s wider interior palette – a soothing canvas of blues, whites and greys set alongside locally sourced wood and stone, creating both a feeling of calm and an authentic sense of place. 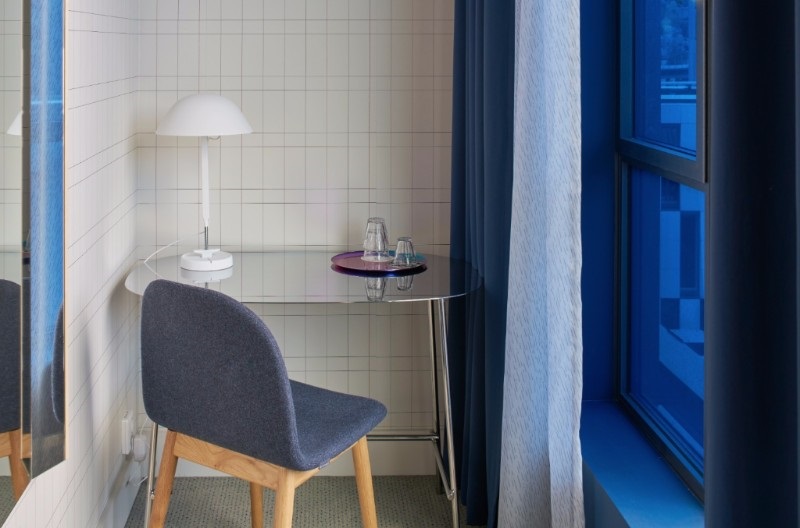 Restaurant
The Matbar (which translates, simply enough, as ’food bar’) is another aspect of Zander K that makes the most of the Bergen rain. Being so well watered, natural produce thrives in these parts, so the menu provides a seasonal showcase of the region’s finest. Chairs and tables – like most of the hotel’s furniture – have been custom-designed by Claesson Koivisto Rune. Their two-tone tabletops present uneven contrasts of light and dark woods – as do the Thonet chairs, cross-assembled from different batches to create playful juxtapositions of natural materials. 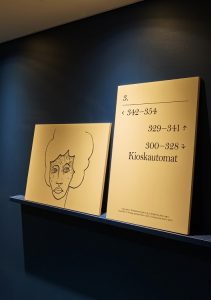 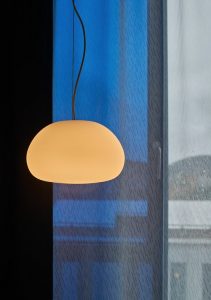 Bedrooms
The five floors above the lobby house the 249 bedrooms, linked by dark blue corridors that reference the colour of the hotel’s façade. Fresh, functional and bright, thanks to large windows and intelligently positioned mirrors, each room is a masterclass in contemporary comfort, with a touch industrial chic, courtesy of Claesson Koivisto Run’s bespoke features and furniture, including mirror-finished stainless steel desks, softened with rounded edges; gridlined wallpaper; pebble-grey and ‘Bergen blue’ upholstery textiles; and two-tone bedside tables (a design affectionately named ‘The Zander’) that echo the tables in the restaurant.