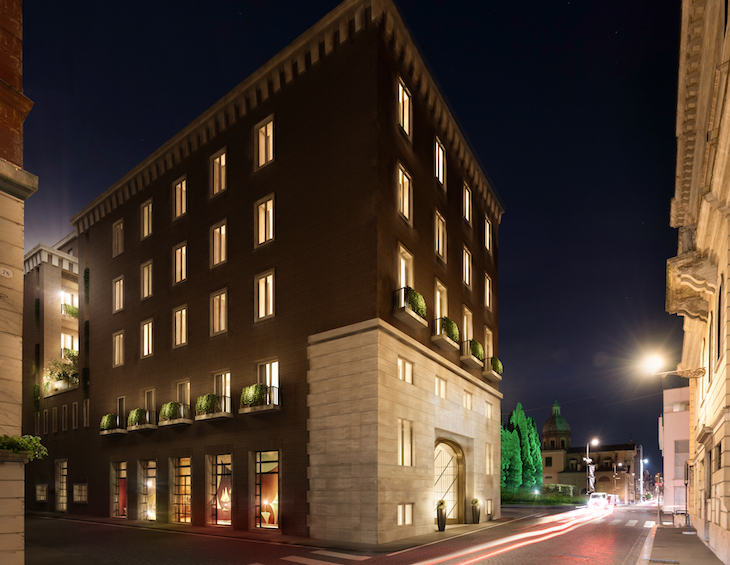 Bvlgari Hotel Roma, which is slated to open in 2022, will occupy a magnificent building in the heart of the Campo Marzio neighbourhood, a stone’s throw from the iconic Spanish Steps and the signature Bvlgari flagship on Via Condotti…

Bvlgari Hotels & Resorts has announced that it will open its first hotel in Rome.

The decision to debut in capital of Italy has been described as a “full circle moment” for the Bvlgari Hotels & Resorts, but also a significant one, opening a hotel an iconic destination that is rooted in the luxury brand’s heritage.

The Bvlgari Hotel Roma, which is slated to open as early as 2022, will be strategically located in the central Piazza Augusto Imperatore. This is in the very heart of the Campo Marzio neighbourhood, a stone’s throw from Via del Corso and Via del Babuino, the iconic Spanish Steps and the signature Bvlgari flagship on Via Condotti. 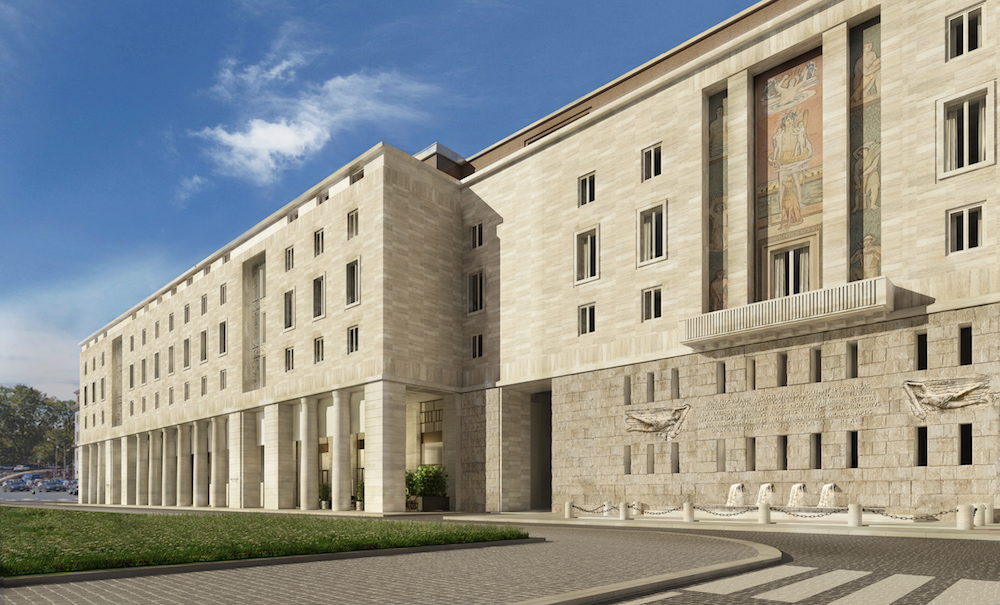 It will be sheltered in a magnificent building, which was built between 1936 and 1938 to a design by architect Vittorio Ballio Morpurgo, is owned by Edizione Properties who was assisted by CBRE Hotels for the tenant selection activity.

The rationalist building faces two of the most iconic Roman landmarks, the Ara Pacis and the Mausoleum of Augustus, the first Roman Imperator. It is currently under renovation and will reveal a monumental, modern architecture emphasised by the use of traditional Roman materials and colours, such as ochre Travertine marble and burnt red brick. The rigorous rationalist architectural appeal of the building is counterbalanced by Antonio Barrera’s frescos, running in the via della Frezza atrium and offering different views of the Mausoleum of Augustus, while the Southern face is decorated with a 70-square-metre mosaic by Ferruccio Ferrazzi, who offered his personal interpretation of the Roman foundation myth.

“Italian architectural firm Antonio Citterio Patricia Viel will be in charge of both the architectural project and the interior design of the new Bvlgari Hotel Roma.”

As for the other Bvlgari Hotels in the world, Italian architectural firm Antonio Citterio Patricia Viel will be in charge of both the architectural project and the interior design of the new Bvlgari Hotel Roma, which will count more than 100 rooms, most of them suites. In addition, the firm will design the prestigious “Il Ristorante” curated by Michelin-starred chef Niko Romito and “The Bvlgari Bar,” both located on the top floor to guarantee an unparalleled view of the Eternal City. The luxury hotel will also include a range of additional facilities, including a high-end spa with an indoor swimming pool, and a state-of-the-art gym, offering Bvlgari’s exclusive Workshop training method.

As unique feature, the Bvlgari Hotel Roma will also present a Reading Room containing a collection of precious volumes dedicated to the history of jewellery.

Standing out on the building’s façade, on top of a splendid fountain, a Latin inscription says: “This is the place where the Emperor Augustus’ soul flies through the air.”

This unique link between the new Bvlgari Hotel Roma and Emperor Augustus’ vision will be highlighted with an interior design balancing the rigor of the stones used in Imperial Rome, concise yet powerful details, as well as rich textures contrasting with the architectural essentiality of the building.

Seamlessly blending different references to the unique Roman heritage with the contemporary and timeless Bvlgari style, the new Bvlgari Hotel Roma will celebrate the extraordinary magnificence of its hometown, and will welcome its guests in an outstanding and unique environment.

“This hotel, to be opened in 2022, represents a remarkable achievement for Bvlgari that will finally have its own ‘temple’ right in the city where the Company was founded and that still represents nowadays the beating heart of the brand.” – Bvlgari CEO Jean-Christophe Babin.

“We are particularly proud to have secured such an extraordinary location for the new Bvlgari Hotel in Rome,” explained Bvlgari CEO Jean-Christophe Babin. “This hotel, to be opened in 2022, represents a remarkable achievement for Bvlgari that will finally have its own ‘temple’ right in the city where the Company was founded and that still represents nowadays the beating heart of the brand. It will be by far Roma most luxurious hospitality experience ever”.

“Together with all parties, public and private, involved in this important project, we are proud to have planned and executed this large, world class real estate investment in Rome, a key place for Edizione Property”, added Mauro Montagner CEO of Edizione Property SpA.

Rome being Bvlgari’s hometown, this opening will be a remarkable addition to the Bvlgari Hotels & Resorts Collection, which already counts six properties in Milan, London, Bali, Beijing, Dubai, Shanghai and which will be further extended, between 2021 and 2023, with inaugurations in Paris, Moscow and Tokyo.