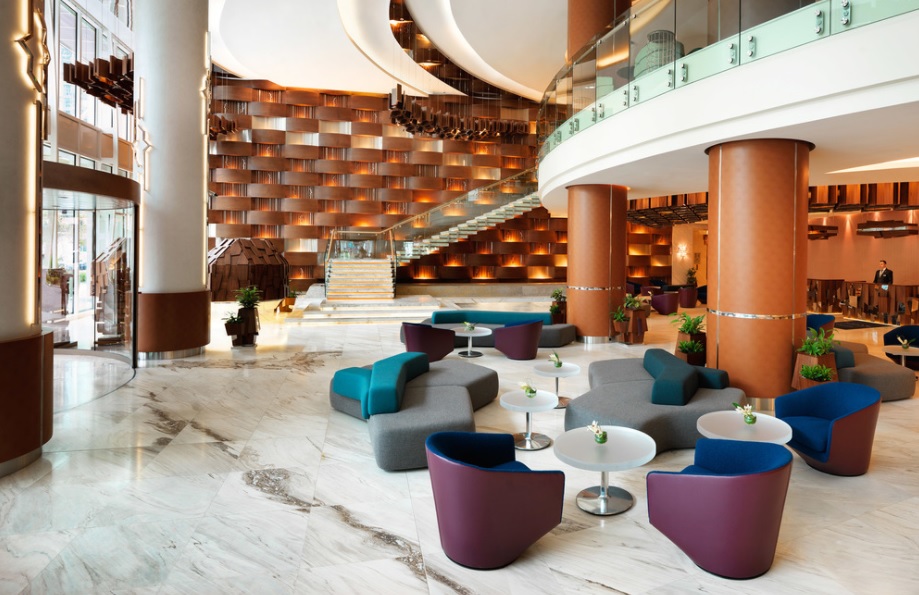 Henry Chebaane is 2017 winner for best Hotel Lobby/Public Areas in the Global category of the International Hotel & Property Awards.

Acclaimed international hospitality designer and conceptual artist Henry Chebaane, founder and creative director of Blue Sky Hospitality, won the awards for his 2 projects “Artscape Lobby” and “The Tea Lounge”, both in the JW Marriott Absheron Hotel in Baku, Azerbaijan. 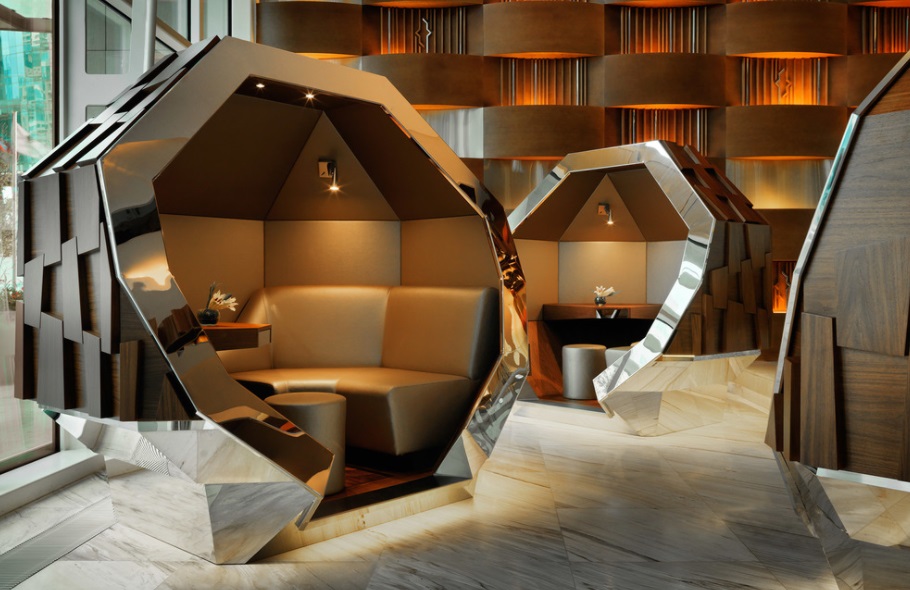 Chebaane has created what might be a world’s first: a public space, formed by reception area and lobby cafe, that looks and feels like a giant immersive art gallery but performs and functions like a hotel lobby.

To define an experience for the guest which is deeply rooted in a sense of place, the public space is a representation of the region, its culture and nature.

For the ARTSCAPE LOBBY, the main source of inspiration was the old Persian name of the city Baku (the “wind-pounded city”) and the surrounding Absheron peninsula (“place of salty waters”) as well as the rich nature of the nearby Caucasus mountains, where the Walnut tree is one of the dominant species. 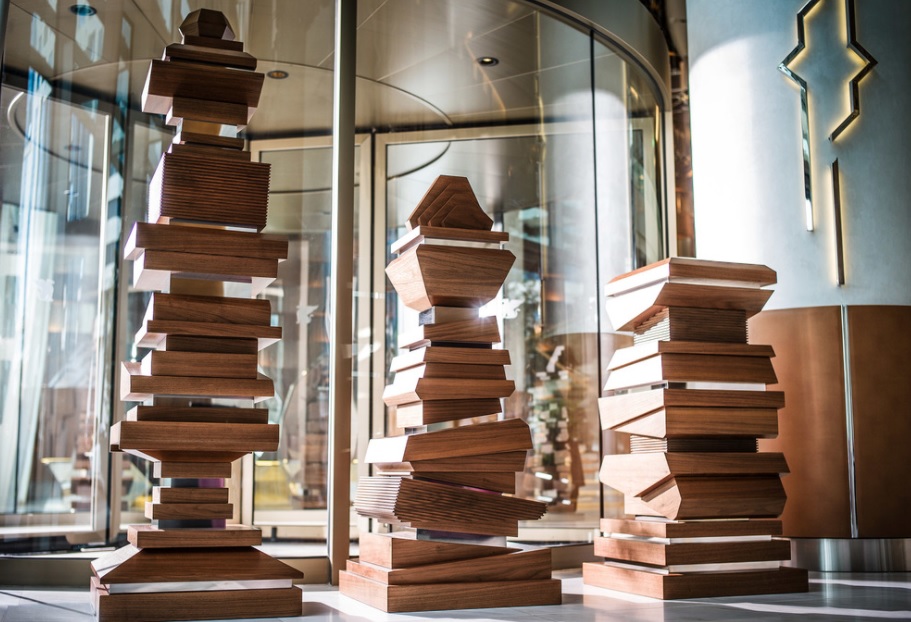 The adjacent TEA LOUNGE has been designed to express the duality between heritage and innovation, permanence and transition. Conceived like a luxurious “chaikhana” (the traditional Central Asian tea house) for modern nomads, the space is anchored by a central tea studio, where the various rituals of tea-making are enacted live.

The public space of the JW Marriott Absheron aim to redefine the experience of a classic hotel lobby and lounge by immersing guests into an ancient narrative with a strong regional identity within a contemporary lifestyle.