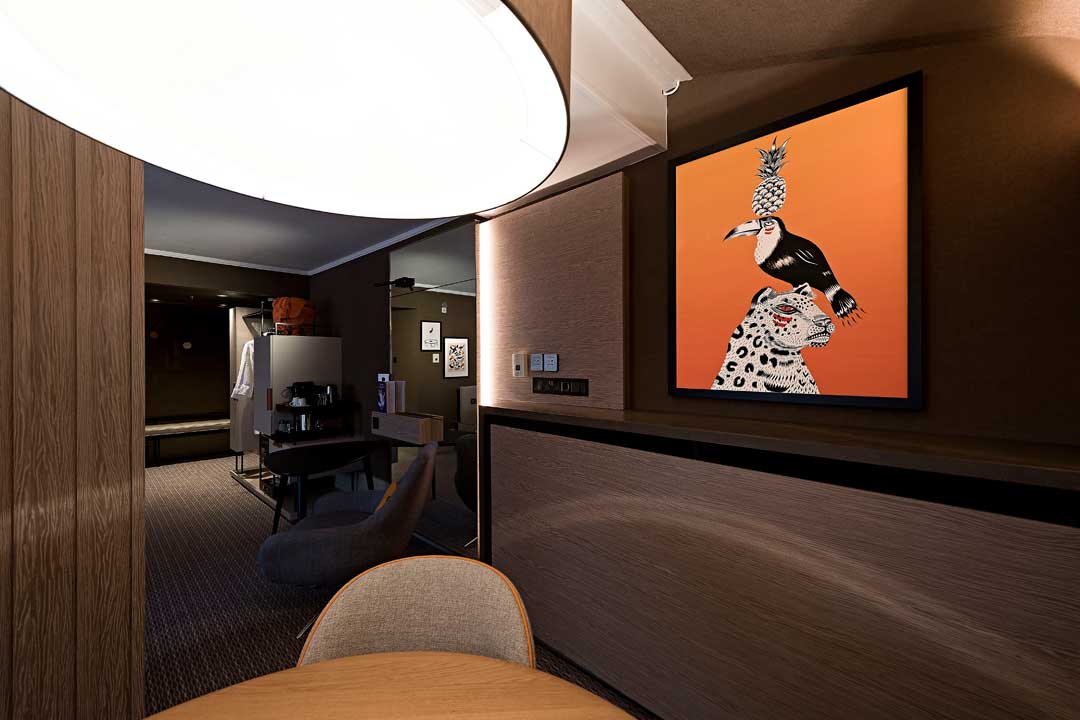 Project is the third ARTIQ has completed with Anita Rosato Interior Design and Marriott.

Art consultants ARTIQ have worked with Anita Rosato Interior Design on the curation of a location-specific art collection for London Marriott Hotel Regents Park, based on a zoological theme.

The project is part of the hotel’s multi-million pound renovation scheme and represents the third ARTIQ has completed with Anita Rosato Interior Design and Marriott, following previous collaborations on both London Heathrow Marriott hotel and London Marriott Hotel Maida Vale.

For the Regents Park, ARTIQ worked with the overall project team, which also included Tower Eight, Benjamin West and the hotel operating team, to develop a new and bespoke art collection that would complement the hotel’s high-end redesign, as well as reflecting the hotel’s proximity to Regent’s Park, ZSL London Zoo and to the former villages that make up the wider area.

The full redesign remit covered the lobby, executive lounge, meetings and events spaces, as well as new and existing bedrooms, with ARTIQ’s area of work concentrated on the guestrooms, linking corridors and lift lobbies.

For the latter, ARTIQ, under the direction of Head of Operations Katie Terres, says it drew inspiration from the natural surroundings of Regent’s Park and nearby Primrose Hill, procuring a series of botanical photographs that include reflections of the ‘Primrose Flower’. 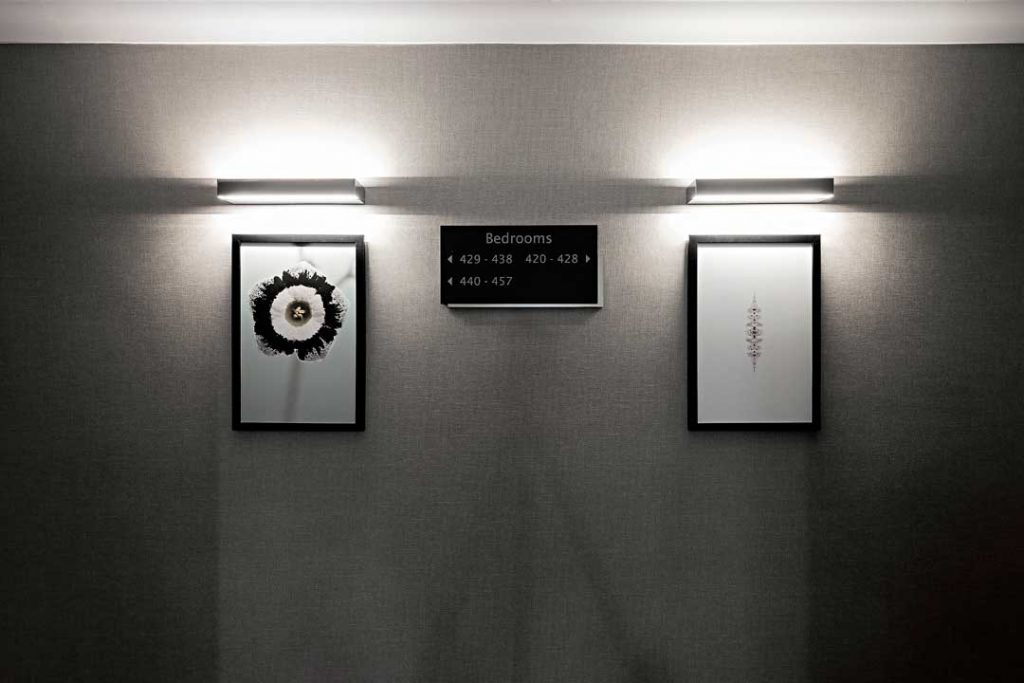 ARTIQ also procured a series of original prints by local artists with zoological themes for the guestrooms, including work by local artists Nadia Taylor and Joanna Ham, both of whom had been initially selected for the project by Anita Rosato Interior Design.

“On Anita’s recommendation, we commissioned Nadia to create new interpretations of her iconic bird collages, working with the artist to develop the pieces of art using bespoke colour schemes to complement the interiors,” said Terres. 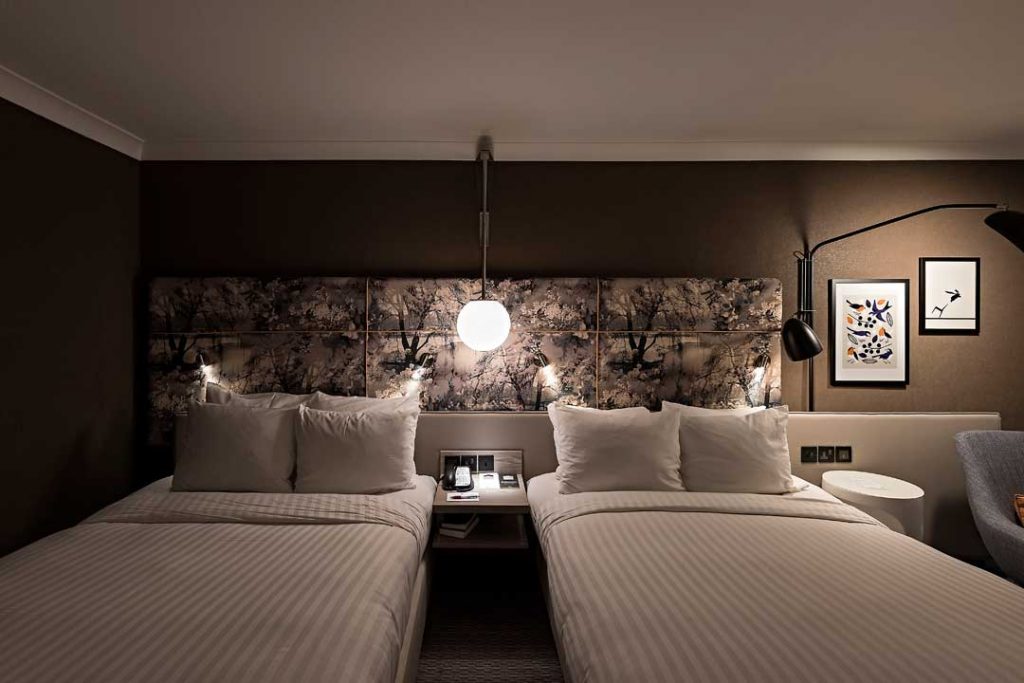 Work by artist and illustrator Joanna Ham is focused around animal motifs, with the character ‘Rabbit’ taking centre stage in her minimalist aesthetic. Joanna is the founder of London design house HAM and is a significant figure in the local contemporary art and design scene, having collaborated with brands including Liberty, Designjunction, Mother, Billy Name, Topshop and Colette.

“Joanna’s work tallies with the hotel’s commitment to local artists and adds a contemporary splash of monochrome to the bedroom design,” Terres explained.

Additionally, ARTIQ directly commissioned Tropicana, by London-based painter and illustrator Margaux Carpentier, whose previous works include murals for ZSL London Zoo. The piece is a vibrant, playful depiction of tropical animals, with Margaux’s use of vivid orange in Tropicana complimenting the palette and orange detailing of the scheme’s interior by Anita Rosato Interior Design. 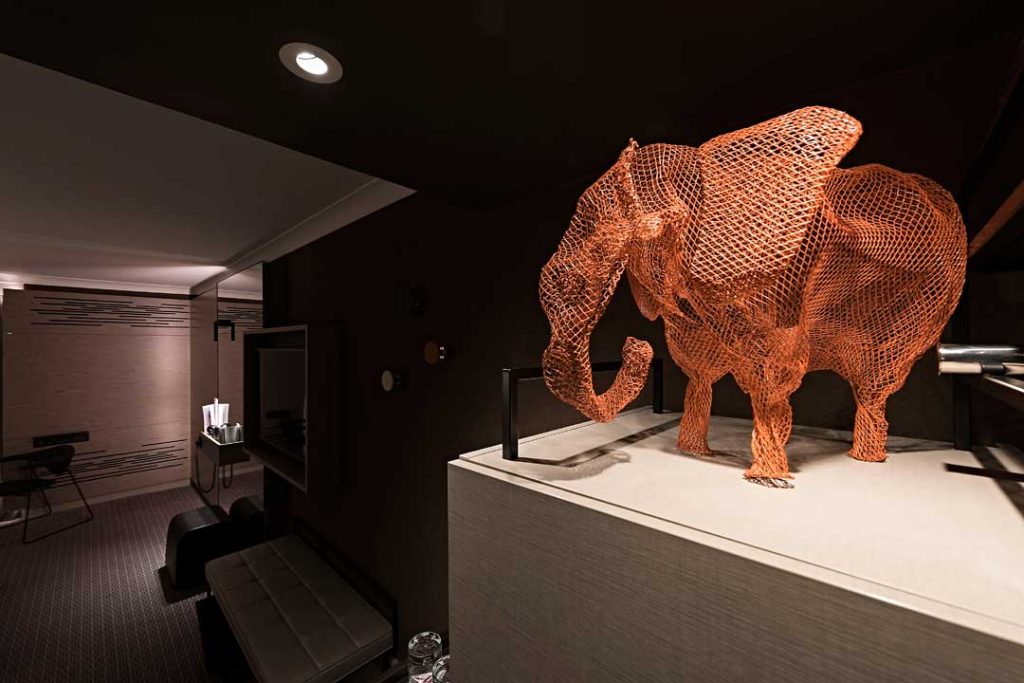 Anita Rosato Interior Design also created a sculpture for the guestroom art collection: a bespoke wire elephant sculpture, which ARTIQ then templated and commissioned for manufacture. The sculptures are intended to create a sense of fun and provide a playful focal point for guests.

General Manager, Tony Owen, said: “We recognise that modern traveller needs are constantly changing and the new refurbishment ensures that our offering falls in line with these demands.”