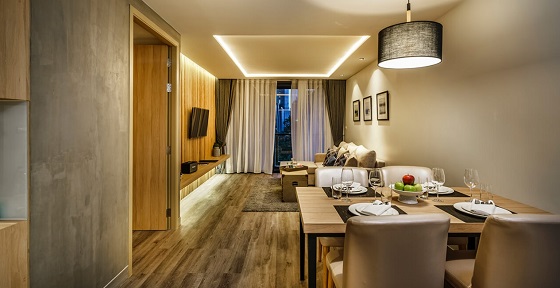 Are we experiencing the death of plastic? Asia’s first plastic-free hotel has opened.

The environmentally conscious Akaryn Hotel Group would like to think so. They’ve revealed that their fourth Asian hotel opening will feature no single-use plastic whatsoever.

Akrya Sukhumvit Bangkok opens later in 2018 and all guests will be given a refillable stainless steel water bottle upon check in. Water coolers will be added to every floor, so guests have an easy and constant supply of water.

Inside, “simple natural woods” and “accent of modern retro-chic” create a distinct style, within the city’s fashionable Sukhumvit district. Industrial materials meet warm, glamorous accents of lemon yellow and golden in the bedrooms and communal areas.

Away from the historic old centre, Sukhumvit is famous for its shops and bars, as well as authentic restaurants and nightlife.

12.7 million tonnes of plastic find its way into oceans every year

The Akaryn Hotel Group have a diverse range of properties around Thailand. Properties in Chiang Mai and Phuket are relaxing in different ways. The former to experience the north of the country’s spiritual tranquility, while Phuket is the country’s original luxurious beach resort.

The hotel group also have another hotel in Bangkok, in the city’s fashionable Thonglor district, also a hub for nightlife, restaurants and bars.

David Attenborough’s landmark British television programme Blue Planet 11 called on viewers to drastically cut back their plastic use, to help protect the environment for future generations. An estimated 12.7 million tonnes of plastic finds its way into the oceans every year, according to Green Peace.

Rooms are simple and functional, with views out over the the city. 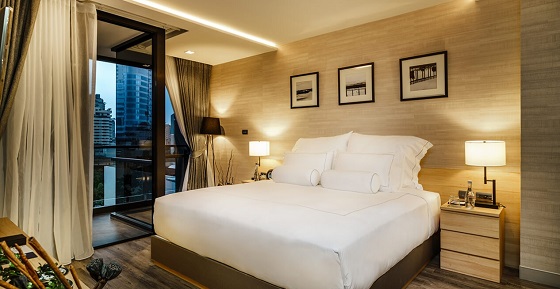 An airy and spacious restaurant will have city views, as is the norm in Bangkok where skyline bars and rooftop bars provide accessible luxury. Floor-to-ceiling glass windows and high ceilings create an opulent feel, highlighting space and the views from the window.