7 hotels that are great for writers 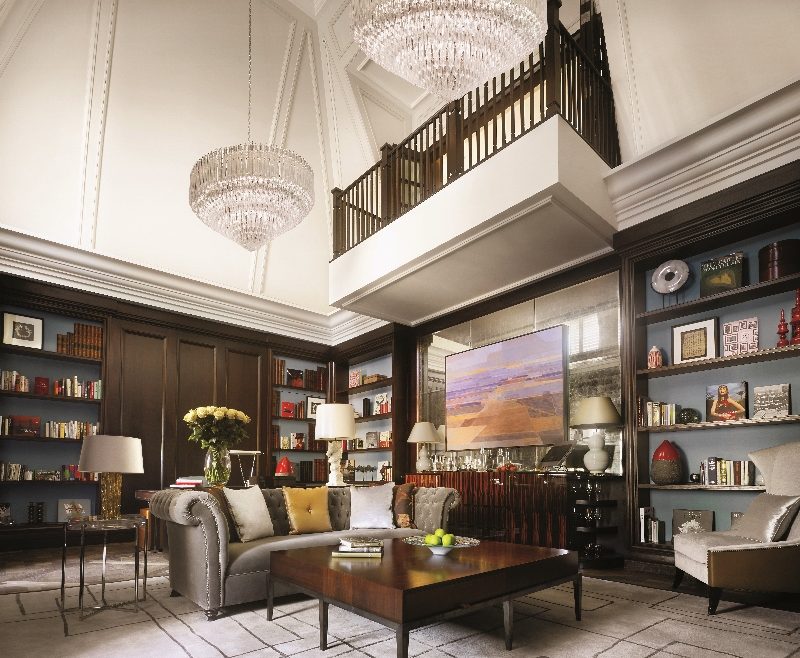 In the hunt for inspiration, writer Harry Southworth and editor of Hotel Designs Hamish Kilburn scour the globe to find the best hotels and suites for writers…

To theme or not to theme, that is the question. From New York to Paris, London to Costa Rica, there are many hotels around the world that have balanced their chosen theme perfectly within the interiors. Following the news that business travel spending is expected to reach a whopping $1.7 trillion by 2022, as reported by Business Traveller, the decision to create experiences over simple hotel rooms is arguably at its highest. To help get those creative juices flowing, here are seven of our favourite hotels from around the world that are great for writers.

Hotel Belleclaire in New York is mentioned in several sources as one of the most premium hotels for writers. Its cosy home-from-home rooms with Broadway-facing windows are alone enough to inspire anyone to write; it’s an American classic that never fades. Inspired by America’s most famous and witty authors, once a guest of the hotel itself, the spacious suite includes a plush and relaxed living scene that will inspire the next chapter of your novel.

2) The Writer’s Penthouse, The Corinthia 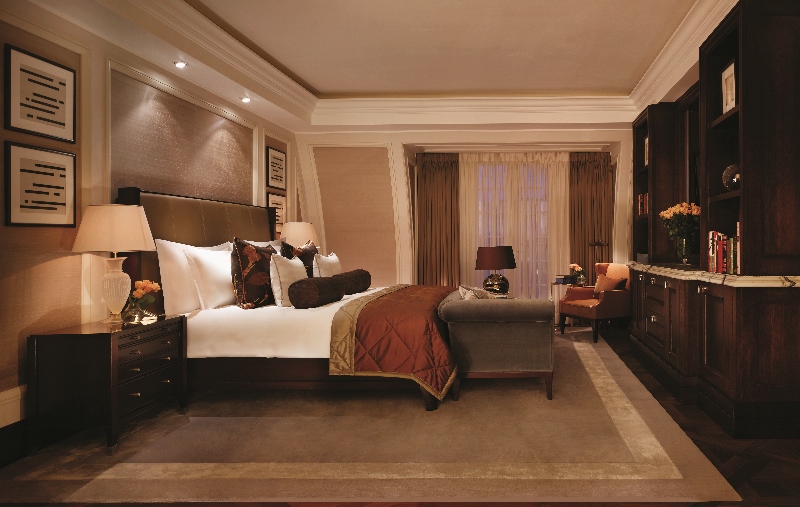 The next chapter. A postcard home. In all its guises, the written word is celebrated at The Writer’s Penthouse at the esteemed Corinthia London. Anyone who can write… anything… will be inspired by its comfortable and plush charm.

Not surprisingly, the desk occupies a premier position within the library-like lounge. Custom-designed and crafted from dark walnut, the two-metre-long writing table features nickel metalwork details to the underside and high-quality leather inlay to the desktop. Around the walls, over a thousand books add to the literary ambiance, complemented by artwork featuring handwritten letters.

Notwithstanding the wordy allusions, this penthouse suite is not a mere writer’s den but a stylish, sophisticated London residence. Any discerning guest will warm to its discreet luxury and easy-going opulence, as evidenced by the bespoke Makassar ebony cocktail cabinet. A triumph of understated urbanity, it features mirrored pullout trays, leather-lined drawers and a fold-down cocktail-making area. Other elegant touches include a limestone fireplace, antique writing bureau and unique side table with a mirror-like cast resin top. Upstairs, linked by a private internal lift, the king-size bed, bespoke bedside cabinets and bathroom of Fior di Bosco marble extend the theme of quiet, sumptuous comfort. 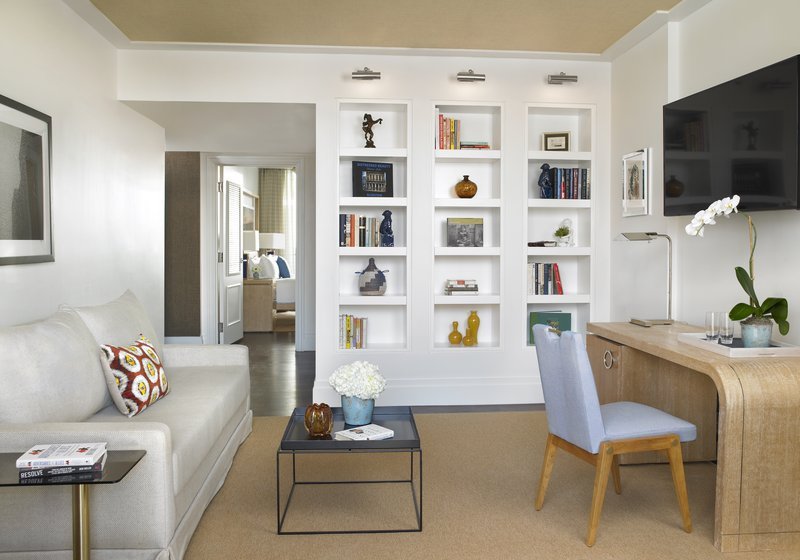 Considering that it is owned by Jonathan Plutzik, son of a wartime poet Hyam Plutzik, it’s no surprise that The Betsy features on our list of great hotels for writers. The location alone, Miami Beach, Florida, can help fulfill dreams of any writer seeking inspiration. The hotel provides special rooms for writers, but even the working studio in the public areas offer ample space for business travellers. 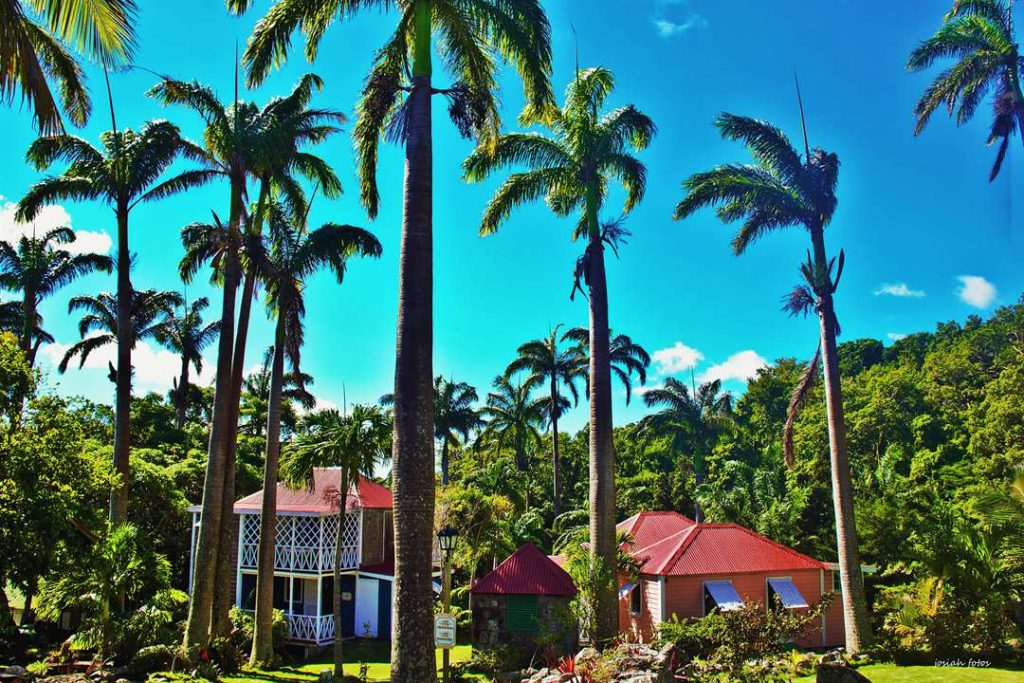 With regulations stating that no tree on the island is allowed to be taller than a palm tree, Nevis in the Caribbean is one of the world’s most naturally tranquil destinations. Furthermore, with a population of less than 12,000 – it arguably has more green vervet monkeys than people – every guest on the island is made to feel welcome and is treated more like a neighbour rather than a tourist. The far-flung destination in the West Indies may well be small in size, but what it lacks in land mass it certainly makes up for in personality along with its unmatched luxury offerings. Hermitage Plantation Inn is just one of the hotels that adorns this understated luxury in its interiors and facilities. It was here where June Goodfield wrote the tale Rivers of Time: Why is everyone talking about Philippa?, which is a novel that explores the story of one of the first women who stepped foot on Nevis, after Goodfield discovered her tombstone when she first visited the naturally striking island in 1985.

This hotel is unique because, each year, writers can raffle a residency for a period of three weeks in one of its suites. The Standard East Village offers this lottery in partnership with the Paris Review. Offering maximum comfort for writers, from notebooks in the lobby to unlimited cups of coffee to refill you when working during the whole stay, the is a favourite for award-winning poet, Ansel Elkins. 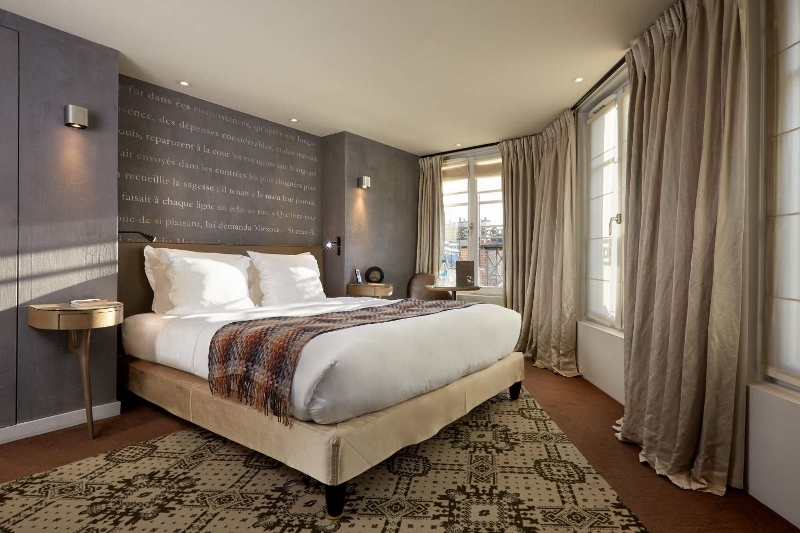 Designed with bookworms in mind, this hotel has a room (and writer) for every letter of the alphabet. Located in Paris’s chic 8th arrondissement, just a short walk from the Avenue des Champs-Élysées and the River Seine, the  four-star luxury boutique hotel’s room reflect the personalities of famous writers. Le Pavillon des Lettres is privately owned and operated by the Chevalier family, who own two other Parisian hotels: Le Pavillon de la Reine in the Place des Vosges, and Hôtel du Petit Moulin on the Rue du Poitou. 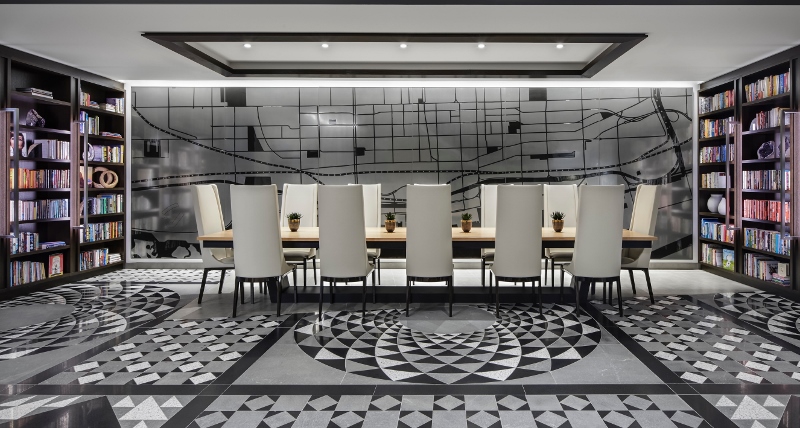 With its totally out-of-this-world vistas over the city below, Hotel X arrived in Toronto in May of this year and, as well as unveiling stunning suites that feature floor-to-ceiling windows, opened its doors to a sedate and laid-back library in the public areas.