50 years young, The Park Hotels and the woman behind the brand

Priya Paul, the businesswoman with much to celebrate, joins editor Hamish Kilburn to discuss 50 years of THE Park Hotels and how the Indian hotel landscape has changed…

There are few, if any, hotel owners in the world that can claim to totally grasp the real and raw concept of a design hotel. The ‘design hotel’, not to be confused with a hotel that shelters good design, captures everything – from culture to location, to guestrooms through to pools – in all aspects of its foundations. Priya Paul, Chairperson of Apeejay Surrendra Park Hotels, to me, understands that concept down to a T. Priya has a unique vision, one that I have not necessarily seen before. But it’s infectious. Her charm is obvious, and yet it comes to my surprise when I realise that being a businesswoman is not necessarily a cue to be cold, hard-nosed or cruel to those around. In fact, I experience the exact opposite.

I joined Priya at The Arts Club on a hot and sticky summer’s day in London. I learned more from my first impression of meeting her than I did in the whole of my entire day. Her warm smile met mine as I went over to the table, while her soft but assured hand shake reminded me that this was still a ‘business meeting’, of sorts.

But the multi-hotel owner is not a conventional businesswoman. “You will eat something, won’t you? I hope you don’t mind, but I have not yet had lunch,” she said with a light glow about her. I had already had mine, which was obviously written all over my face before I could conjure up an excuse to refuse the offer. “Here’s a desert menu, you can’t say no to desert.” She was right. “Good choice,” she said kindly as I ordered the Cheesecake, “That’s been on the menu for years, it’s delicious.” The Arts Club is clearly a favourite London venue.

“This year we are celebrating being 50 years old,” Priya beamed with pride. “THE Park Kolkata was the first to open, although its interior has changed since then. The way I approached the hotels that we had at that stage – which was three in total – and the way I worked to create a new language for those hotels –  is really what has set the company apart. What you now see in our hotels is a much more contemporary look and feel. For example, we worked with Conran + Partners to create a more dynamic, contemporary atmosphere in the THE Park Kolkata.”

Priya mentors me through the various hotels on her tablet, flicking through each property to show me how different each one is to the other. Personality, location, quirkiness and an individual identity really shines through with popping colours and very, very warm welcomes created all through clever interior design.

East certainly meets west in all of these hotels, especially in the outside pool areas. The best example of this can be found in each hotel’s Aqua Lounge bars. The daytime lounging area by the poolside becomes a perfect chill out zone in the evening, with music by the resident DJ. “The idea [of Aqua Lounge] was to give designers the brief of what happens when Miami meets India,” Priya explains. The result is a cool, beachy vibe that opens the hotel up to become more relaxed and carefree. 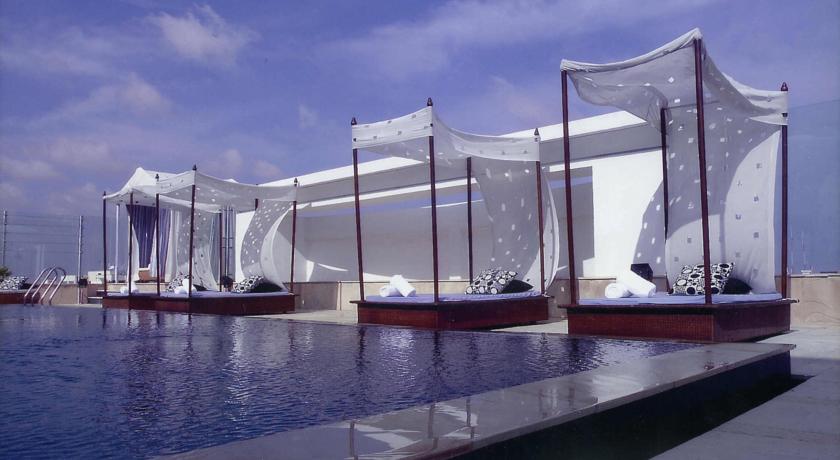 “The nightclub is a very important part of our experience,” Priya says as she goes on to show me images of some of the public areas of The Park Hotels. Priya’s vision leads her to work with different designers to achieve different looks. “Here we worked with Project Orange to design these open areas,” she explains.

I get the very strong sense that Priya doesn’t just know what she wants when designing a new hotel. I think it’s more accurate to say that she knows what the building needs in order for it to become a hotel for its location. THE Park Hyderabad, for example, is covered in jewels. “The rulers of that state used to have legendary fabulous collection of jewels,” says Priya. “So the whole design concept was to have jewels as a theme throughout all those spaces, including the exterior of the building.” 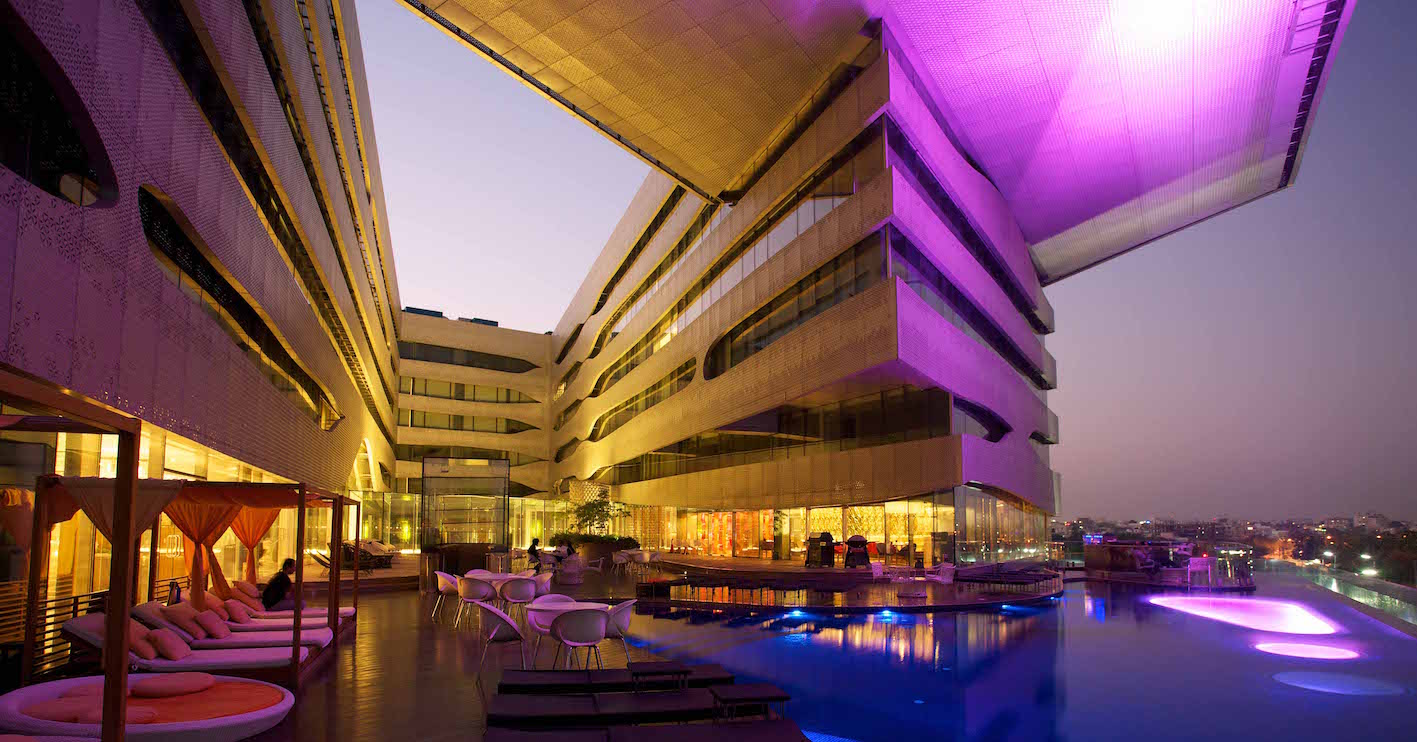 Image caption: The exterior of THE Park Hyderabad

What seems to be a popular move internationally, to focus on enlarging the brand identity in tier two and tier three cities, is also the tactic for THE Park Hotels brand in India. “We wanted to create something that had the quality and essence of THE Park Hotels. It had to be fun and zippy, very much for the modern traveller in smaller cities in India, which have become in their own right design hubs,” says Priya. “That really was our cue to launch Zone by THE Park.” Each hotel under the Zone by THE Park Hotels brand has a quirky palette to reflect the art and craft of the area and location. “We currently have eight of these hotels open with a further four to come this year, and 16 others in the pipeline,” says Priya. 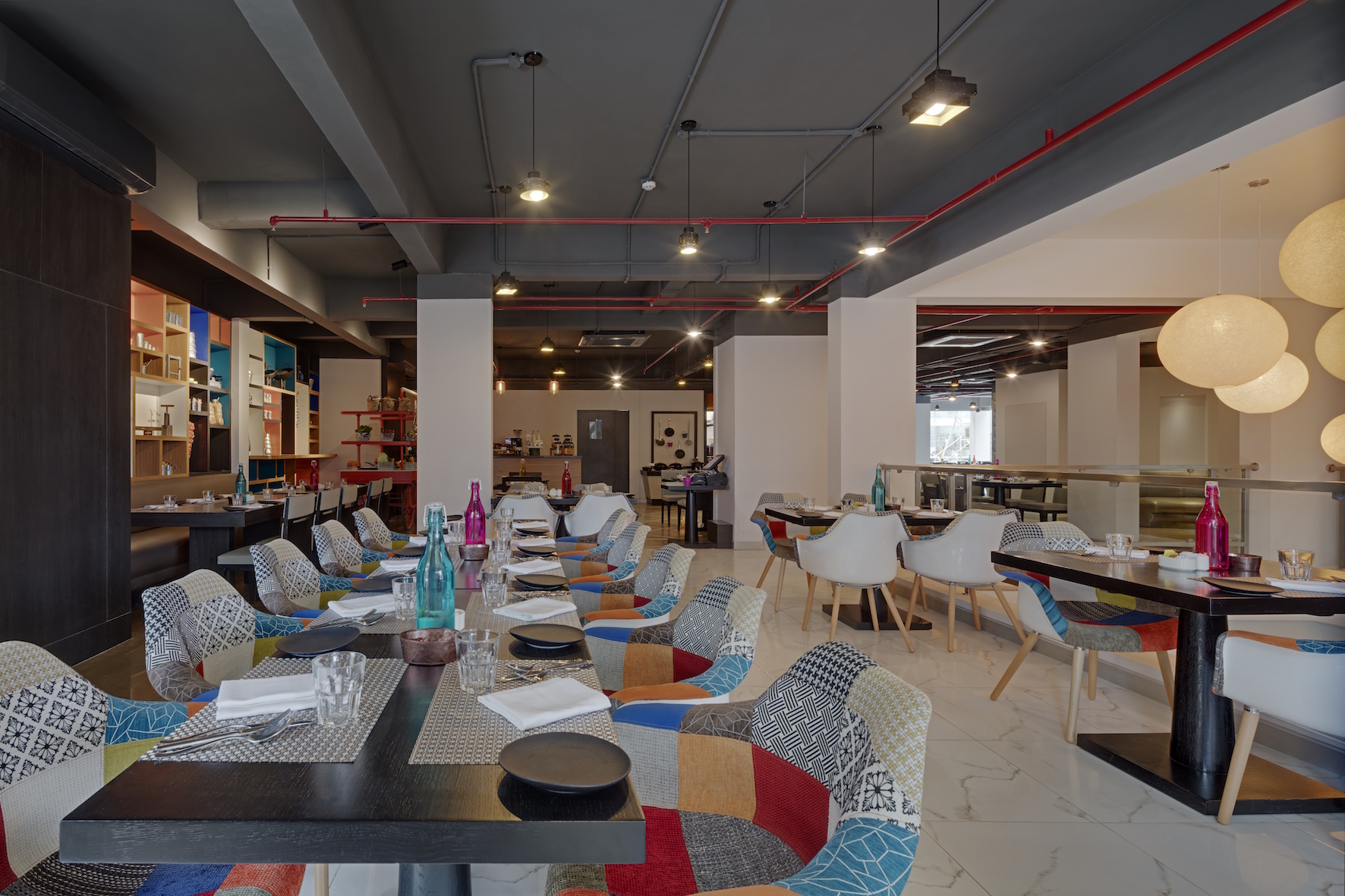 “If you had the luxury to go back in time, what would you do differently?” I ask. “Honestly, not much,” Priya says. “I would do it all the same, but I would do it quicker. The hardest challenge I have faced has been the difficulty in getting quality products – I’m talking about fabrics, furniture and finishes – available in India. that has definitely changed over the years.” 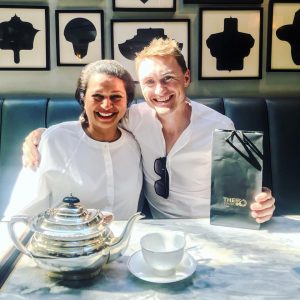 As we sit drinking green tea in The Arts Club, with it being such a British establishment, I can’t help but wonder whether or not launching the brand in the UK was on Priya’s radar. “There is definitely possibility to further expand the brand and open a hotel in the UK.” As exciting as this is, I also hint that Priya’s attention will be, for the time being at least, focused on expanding THE Park Hotels’ brand in India. As our time together draws to a close, I realise that with people like Priya Paul leading our industry forward, the future of hotel design is looking exciting, dynamic and very bright.