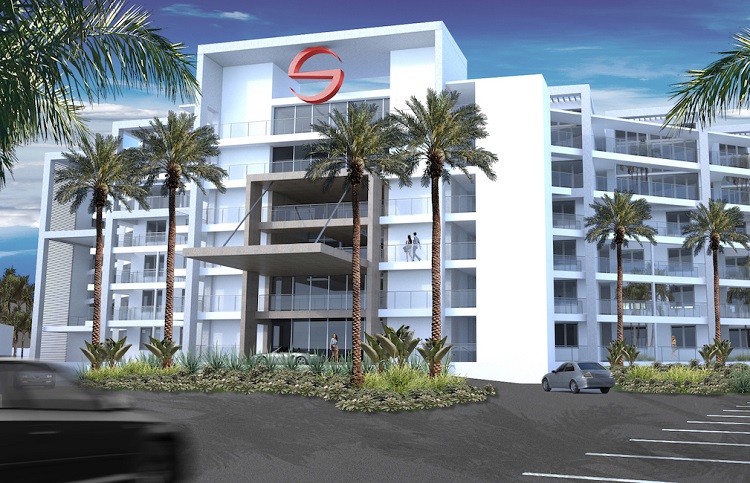 MKDA, a Miami-based architecture and interior design firm, has announced that its distinguished hospitality studio is the lead architect on the $12.5 million redevelopment of Jamaica”s long-shuttered Breezes Montego Bay Hotel into the 120,000-square-foot The Spanish Court Hotel Montego Bay.

Located on the beachfront along Gloucester Avenue in St. James, popularly called the Hip Strip, the resort hotel is an expansion of The Spanish Court brand in Kingston, and also a departure for the brand, whose popular Kingston location established in 2010 is primarily a destination for business travelers.

By introducing to the Caribbean a minimal architectural style similar to that found in Miami”s famed South Beach neighborhood, MKDA hopes The Spanish Court Hotel Montego Bay will redefine and elevate the concept of a Jamaican resort.

To achieve this architectural elegance, the exterior was stripped of its Mediterranean-inspired decorative elements in favor of clean, contemporary lines. A beautiful porte-cochere at the entrance features a large grey granite slab that creates a contrast to the stark white lines of structural elements, such as columns, slabs and walls, all of which frame full-height glazing walls. The architectural team is also reinforcing the structure in order to add two floors.

Most of the beautifully appointed 120 guest rooms will have views of Doctors Cave Beach, renowned in Jamaica for its clear turquoise waters, white sand and calm waters. Each will feature plush beds and spa-like bathrooms with roman tubs and sauna showers. Some will also comprise exterior balconies, and on the ground level, private plunge pools.

One of the most exciting details of the resort is the open-air lobby that frames—in beautiful wooden slats—the resort”s crystal blue infinity pool that melds flawlessly into the ocean. MKDA also designed a world-class restaurant and spa on either side of the lobby, as well as a pool and rooftop bar, café and gym.

MKDA is a corporate planning and interior design firm that was established in New York, NY in 1959. The firm also has a Stamford, CT studio that provides corporate interior design services, and a Miami, FL studio that provides architecture and interior design services. MKDA has been named one of Interior Design magazine”s Top 100 Interior Design Giants, has been an Interior Design Best of the Year Honoree, and has received numerous other accolades and recognition. Client brands have included Snapchat, SoundCloud, Guggenheim Partners, Design Within Reach and Heineken USA, as well as leading building owners Silverstein Properties, George Comfort & Sons, Vornado Realty Trust, Blackstone, ClearRock Properties and Boston Properties.