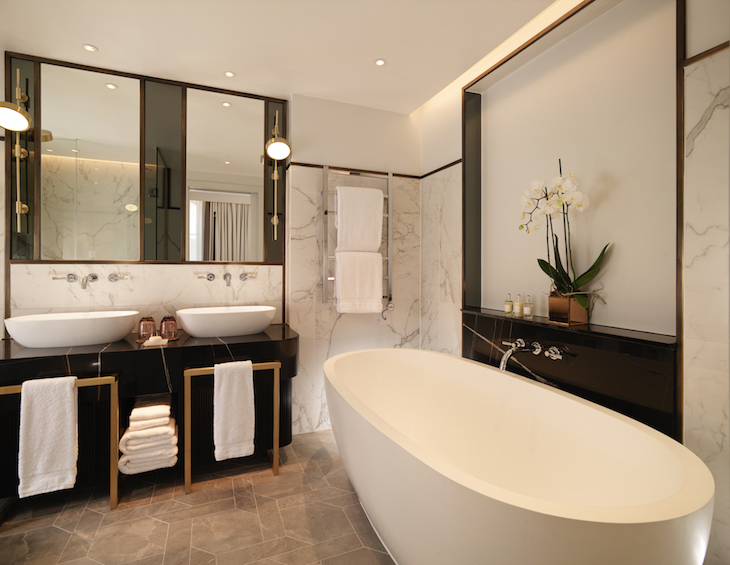 A GUIDE TO HOTEL DESIGN PT 42:
USING A 360-DEGREE APPROACH IN BATHROOM DESIGN

Aiming to reduce the number of out-of-service rooms when a bathroom product malfunctions, bathroom specifier Utopia Projects explains why their 360-degree approach is vital when designing bathrooms and wet rooms for the modern traveller… 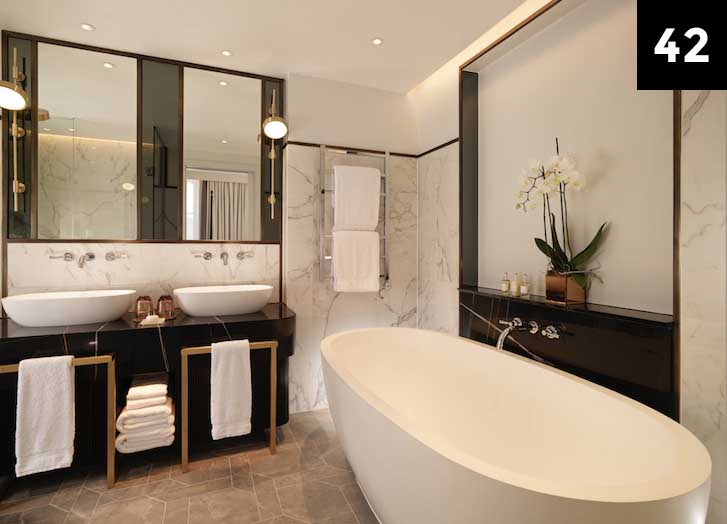 Imagine this all-too-common scenario in a hotel: the guest calls down to reception to complain that the shower is not working.

For the individual checked in, a swift upgrade to a junior suite and a few drinks vouchers will suffice. For the hotel, though, which now shelters an unoccupied and therefore unsellable room, it’s a race against time to rectify the problem. If corners were cut during the design of the bathrooms, it will usually be exposed here, and the property will most likely have to contact the manufacturers to order a new part after the maintenance staff has finally identified the broken element, causing unnecessary delays. Sound familiar?

On the other hand, hotel bathrooms that have been designed sensitively will have pre-empted the inevitable of malfunctioning equipment. Needless to say, services that specify quality branded products and that have access to all spare parts help to eliminate long-lead times for new product parts.

A recent UK study, commissioned by Ideal Standard, found that “73 per cent of designers agreed that washrooms are the most difficult rooms to design and plan in commercial projects.” As the rise in wellness and wellbeing points a critical lens on the hotel bathroom, designers are working harder than ever to evolve purposefully designed bathrooms and washrooms, all within the often-tight budgets from the client. 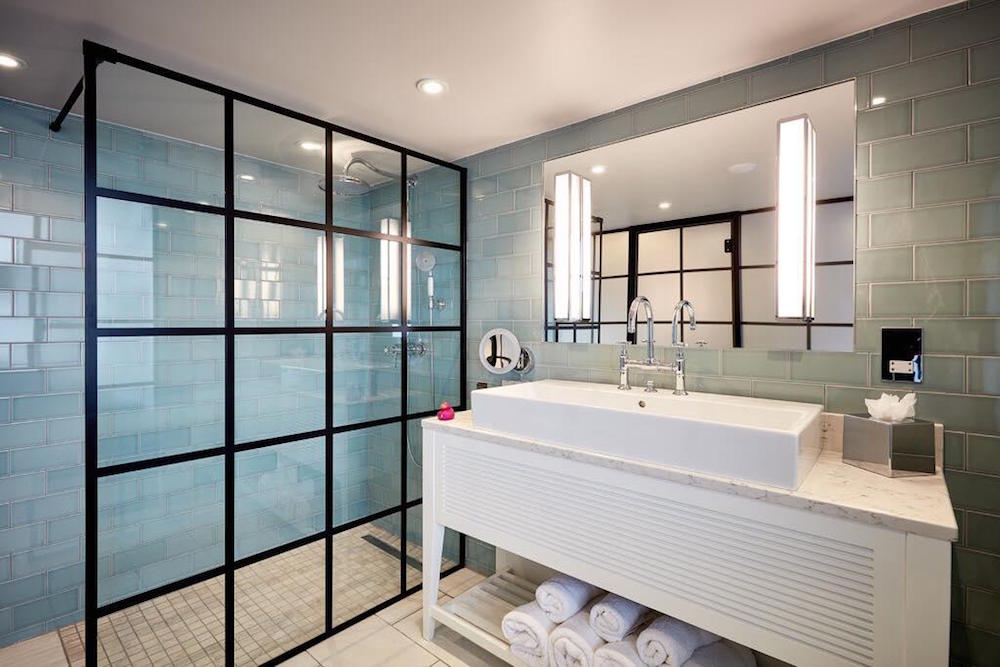 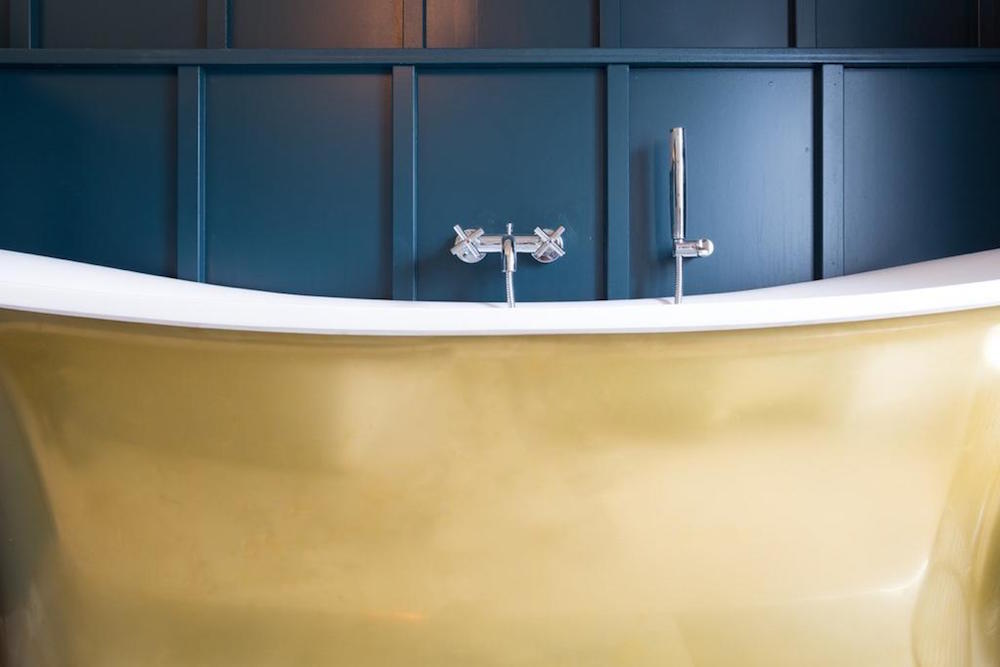 Utopia Projects is a unique service that works with designers after the layout of a bathroom has been established. Helping to create statement bathrooms for the likes of University Arms Cambridge, Oddfellows on the Park and most recently the Stock Exchange Hotel Manchester, the team have a solid relationship with some of the UK’s leading designers.

How the 360-degree approach works

The designer focuses on capturing the theme and overall concept while Utopia Projects suggests an appropriate specification. “Some designers will ask for entry- as well as mid-spec in order to get the difference between both,” explains Richard Goodier, Director at Utopia Projects. “Once we have provided these free of charge, they will then present these specs to the client for approval.”

Having a second pair of eyes in the bathroom from early stages right through until completion allows designers to concentrate on other areas of the design process. “We stock the products and supply to schedules, which we break it down to first fit and second fit,” adds Goodier. “After the job is complete, we have easy access to all the spare parts to all of the products we have specified.” The company goes as far to give the maintenance staff on site access to www.hotelspares.co.uk and an easy to use  booklet that is made up of all the products specified in the hotel, so that if a problem were to surface, they would be able to identify the issue swiftly.

The conventional hotel bathroom as we know it has become a thing of the past. An example of an hotel bathroom breaking design barriers is The South Place Hotel, London which was chosen as the setting of BBC’s award-winning drama series, The Bodyguard. The ultra-contemporary hotel required a specific brief, and was the first new-build hotel to open within London’s city walls. “When designing hotel bathrooms, there is a lot more to consider than just the products,” says Goodier. “The South Place Hotel was an exciting project for us to be involved in, Conran & Partners who were the interior designers had a very clear image of the design brief they were trying to achieve. The products used within this set-up had to be stylish & modern yet with functionality. Always up for a challenge, we were tasked with sourcing a glass bath for the hotel suits which we had handmade in Italy, as well as having bespoke flush plates made with the hotel logo to reflect the level of detail given to this project.

“Utopia Projects prides itself on keeping its clients up to date on regulation changes as well as only working with WRAS-approved products and brands.”

Technology has opened the door for new software to creep in.. Online ‘shops’ are becoming more sophisticated, going as far as allowing designers to use virtual tools to create specifications with just a few clicks. The danger of this, however, is that cutting corners could lead to missed or unsuitable products being specified. Specialists, such as the workforce at Utopia Projects, cast experienced eyes over all specifications and sense-check everything as part of the 360-degree approach.

In addition, the new wave of tech-driven products is being introduced into the market at a rapid pace and more emphasis is being put on sustainability and quality. Utopia Projects prides itself on keeping its clients up to date on regulation changes as well as only working with WRAS-approved products and brands. Taking on the 360-degree approach to bathroom design, bathroom experts at Utopia Projects are determined to help designers meet ambitious hotel briefs with the knowledge, experience and the skill required to meet the growing demands of consumers who arguably see the bath, shower and WC as important as the bed.