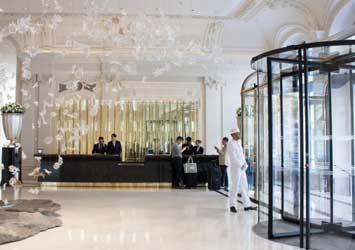 Your Reception staff smile and the guests feel welcome. But does your reception area reflect the quality and ethos of your brand? Does its design enable staff to work happily and efficiently and the two do, of course, go together. In this part I want to look at how reception works at different levels of service. 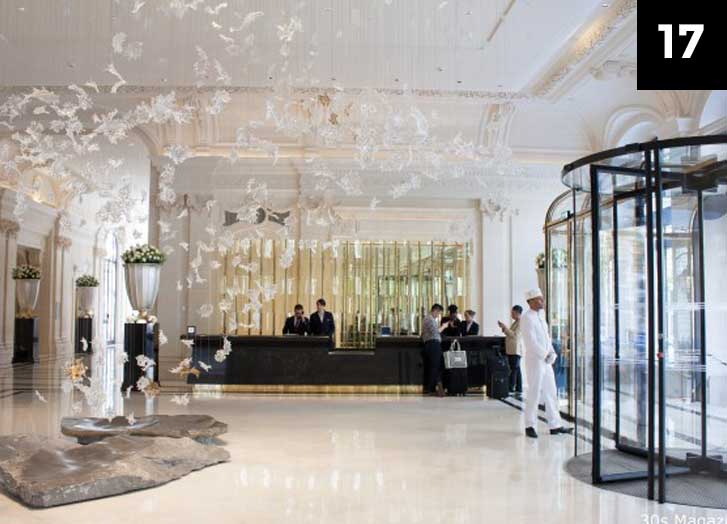 First a sideswipe at star ratings or rather the attitudes that they engender. For someone staying in a three star hotel their stay may be something they have scrimped and saved for. They may not have a millionaire daddy to indulge them as if they were George Osborne, but their money will have been hard earned and their decision to spend it with you is a high compliment. They deserve to be treated with the same respect and concern as if they were a multi millionaire buying the top suite at a five star. If you are a five star and some bum turns up in jeans he may actually be a millionaire so don’t give him the ‘bum’s rush’ out the door because true class doesn’t judge by appearances – and after all he might be Charlie Sheen!

Whatever level you operate at treat your guest as you would like to be treated yourself. It’s called being professional. As designers have learned, you must obey the Golden Rule – he who has the Gold, Rules.

Ergonomic efficiency and the efficient setting of staff levels are all a part of both operational and design criteria. I have already given examples of receptions which appear unmanned with an alarm calling staff to the counter before the guest gets there, freeing staff for other tasks. With staff costs a major part of any operation an efficiently staffed and run Reception is not just essential for good guest relations but is also an ingredient of profitability.

In three star brands cost efficiency in terms of staff numbers are essential, and with typical 3 star 100 bed units operating with between 30 and 40 staff good design can assist with minimising the staff numbers needed.

Travelodge have taken the approach typified by RyanAir. Processes are automated as far as possible in order to minimise costs – costs which are in turn reflected in a minimised room rate. Increasingly this means on line check-in processes validated by automatic terminals in the reception lobby. Human intervention is kept to a minimum.