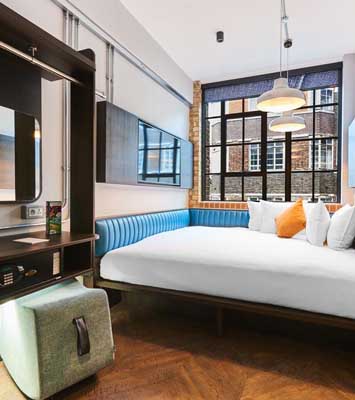 Historically, standards were banners raised in battle as the rallying point for your side, marking your group out from the other competing parties in the confusion of war. In the commercial world of hotels, standards do the same thing, providing a known point for guests in a confusing whirl of labels such as boutique, country house, premium, deluxe, economy, or worse – star ratings. 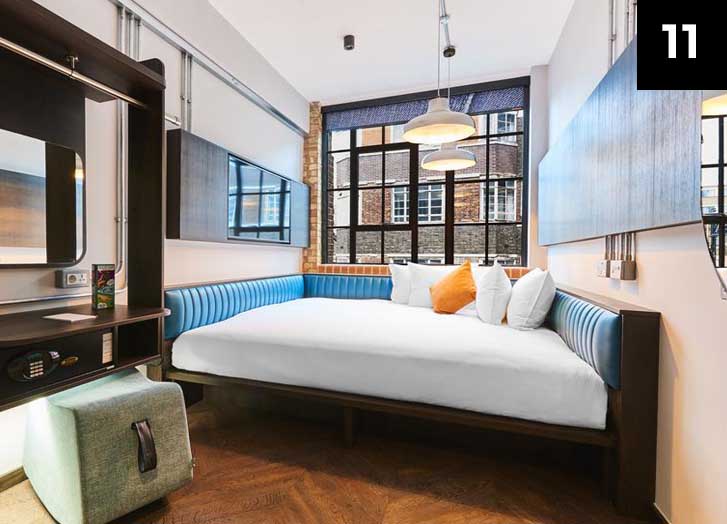 Where the same standards run across a large number of hotels sharing the same ethos (uniform) they are called a brand. Many brands will say their brand is their standard but unfortunately then vary it wildly from hotel to hotel.
Star ratings are almost useless as a standard, in part because there is no consistent standard across Europe never mind globally, in part because their implementation is erratic, even sometimes corrupt. In general I believe that in the UK standards are behind the best elsewhere and increasingly falling further behind as design and build budgets get cut back. With top hotels in London now selling for prices in excess of a million pounds a room ($1.5 million) this is very much a false economy.

Here I am not talking about service , although theoretically this is the real differentiator between five and four star, but the standards a guest can expect in an hotel. In this, Part 11 of the Guide, I am only concerned with standards in the bedroom area in the 4/5 star level – for 3 star you cut down accordingly. Initially here, of course, the first criteria for upmarket hotels is that size counts, followed by the satisfaction delivered. The aim is to leave the guest feeling well loved.

Despite the efforts of some chains to sell as a four star experience small rooms with cupboard like shower only bathrooms, chains such as One & Only show the way. Their five star property in Cape Town has no bedroom smaller than 68 square metres and boasts his and her bathrooms. Now for hotels ‘Space is the new frontier’. It used to be that the guide for 4 or 5 star development in the UK was room size of 32 to 34 square metres This convention is now outdated by One & Only and by European chains such as Rocco Forte Hotels who look to provide rooms of some 42 square metres, boldly going where no chain has gone before.