The treatment room is the heart of a spa, and the guest experience there is key to the whole relaxation focus of a spa. It is not enough, as in the traditional East European spas, to emphasise the health aspects of spa treatments, although their attractiveness for de-stressing is a superb selling point. Proving spa treatments as part of a health treatment is fine, but providing them in an ‘NHS’ hospital environment is not. 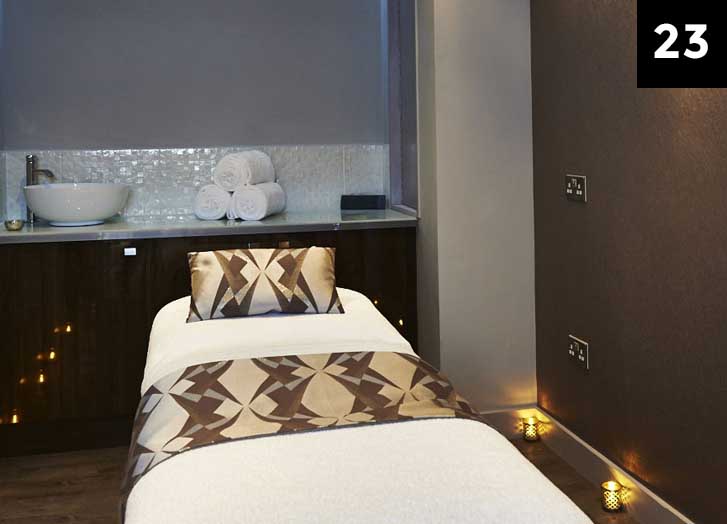 Traditional treatment ‘cubicles’, all white tile, overhead lights and no sound system, possibly also with curtains rather than doors, fail to deliver privacy never mind an acceptably cosseting environment for treatments.
The strong traditions of spa treatments in Eastern Europe, especially where there are thermal springs such as in Hungary or Slovakia, have been undermined by the socialist approach that frequently involved the demolition of attractive fin-de-siécle buildings and the creation of hospital style environments. Such environments frequently are at odds with the treatment regimes being developed by chains such as Shangri-La, with their mix of Eastern philosophy with modern understanding of relaxation treatments, beauty therapies and sports massage. A spa treatment day is for many a luxury ‘treat’ and needs an environment that reflects this.

The modern approach to ‘taking the waters’ makes demands of the architect and designers in the layout of complexes, ambience, and the development of suitable room environments. The key for 21st Century spa users is that they finish their treatment feeling relaxed and pampered.

Treatment rooms are the heart of the spa and their design needs to be based in the treatment regime and philosophy of the spa itself. Therapists for one type of therapy may require a differing environment to those of another, and to avoid the need to build endless variations of the treatment room, designers need to pay attention to design of the major factors involved in creating the right treatment environment – light, heat, and sound as well as the sybaritic and tactile.