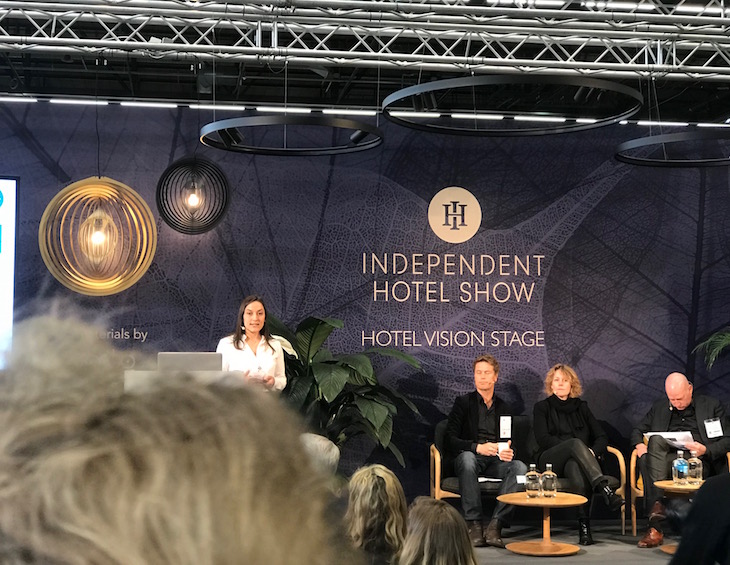 Capturing an overflowing audience to kick-start the inaugural Independent Hotel Show Amsterdam, STR Global delivers its findings on the most investible locations for hotel development as well as releasing the current hotel pipeline across Benelux and Western Germany.

Samantha Mardkhah, Business Development Manager at STR Global, took the stage to unveil its latest relevant findings. “Overall 2018 performance for the Benelux region re ects year-over-year growth in all three countries,” she said. “The highest RevPAR percentage change was achieved by Belgium, which led the region with almost 10 per cent more growth than 2017. This growth was supported by a healthy increase in room demand (six per cent increase), showing that the market has fully recovered after the terror attacks of March 2016. Belgium’s occupancy level of 73.8 per cent was the highest for any year in STR’s database for the country (dating back to 1996).

During the presentation, Mardkhah explained that Luxembourg is the only country in the region that ended 2018 with decreasing room demand (down three per cent), but the country achieved positive RevPAR performance thanks to moderate growth in rates (increase of two per cent). Occupancy, however, decreased by more than four per cent.

Following the same trend of the region, the Netherlands closed 2018 with a six per cent increase in RevPAR fuelled by rates, and it was the country with the highest number of new rooms coming to the market with two per cent growth in supply. “The first quarter of 2019 began with slightly negative performance,” explained Mardkhah. “Gures as the Netherlands ended Q1 with a RevPAR decline of 1.8 per cent, mainly driven by loss in rates (decrease of 1.6 per cent). While supply keeps increasing with new rooms entering the market, demand has maintained at a moderate growth level and increased 3.5 per cent in the rst three months of the year.”

Luxembourg’s room demand comparisons returned to positive territory with a four per cent rise more than the previous year, which helped the country achieve almost seven per cent growth in RevPAR to a level of EUR96.

Belgium’s booming performance continued in 2019 and RevPAR grew 6.5 per cent, fuelled by growth in rates (4.3 per cent increase), while occupancy grew by 2.1 per cent.

In addition, the report looked at the various locations’ supply and demand trends – and the future is bright from the statistics, it seems. RevPAR is expected to grow for the next three years in Brussels, which is largely fuelled primarily by ADR growth.

The session also highlighted key trends in the race between boutiques, independents and larger hotel groups. The analysis of performance for all three segments did not show any major diferences. However, it is clear that independent properties performed better in all three KPIs over both branded and boutique brands.

Looking at ADR, boutique brands held the second position after independent properties with a EUR13 difference and an overall ADR of EUR120. Brands, meanwhile, held the lowest position at EUR111.

Occupancy remained at the highest level with 75 per cent for independent hotels, while branded hotels reported similar levels around 73 per cent.

The evolution of rooms supply for boutique brands reached a peak in 2018 with 11.7 per cent growth over the previous year, followed by a similar trend in room demand, which grew by more than 12 per cent and led to positive RevPAR change.

Hotel Designs is an official and proud media partner for the Independent Hotel Show Amsterdam. The show continues…