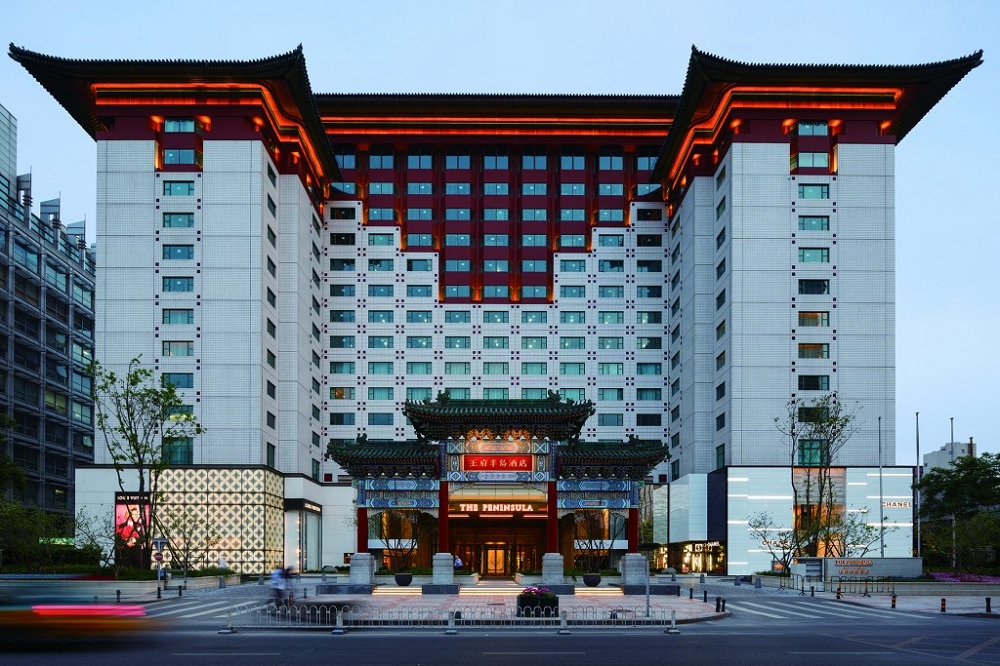 The newly unveiled renovation of The Peninsula Beijing marks the latest chapter in The Hongkong and Shanghai Hotels’ (HSH) long tradition of hospitality excellence in China.

With a front row seat in the capital city, HSH’s hotels have witnessed the remarkable transition of China into an economic superpower. Located in central Beijing, just a short walk from Tiananmen Square and the city’s historic cultural venues, The Peninsula Beijing has welcomed the world to Beijing and Beijing to the world for more than a quarter of a century, arguably the most exciting period in the nation’s 5,000-year history.

The history of the Middle Kingdom is one of astounding beauty; of scenic landscapes, remarkable architecture, exquisite art and unique cultural traditions. This spectacular and diverse land is the inspiration behind the reinvention of The Peninsula Beijing. Some of China’s finest artisans were commissioned to restyle the hotel using timeless luxury materials that provide guests with an authentic sense of China as a destination. 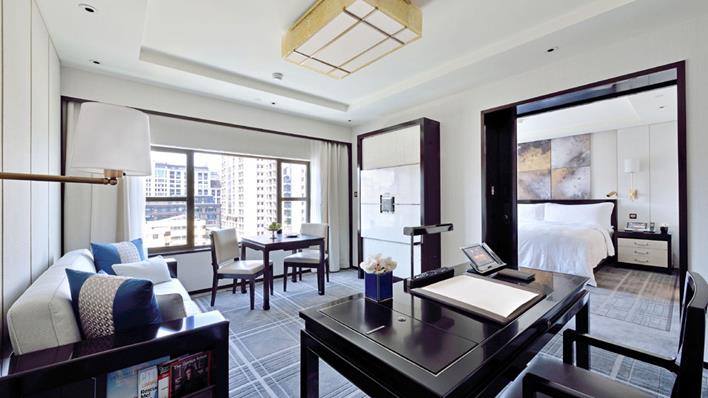 The $123 million (£98.4 million) renovation of The Peninsula Beijing was conceived in 2013 by celebrated Hong Kong designer, and long-term Peninsula collaborator, Henry Leung of CAP Atelier.

Chinese artistic expression extends across every floor the hotel, including the restyled guestrooms and suites. Designer Henry Leung has adopted a contemporary take on Chinese culture and heritage as the design concept for the new rooms and suites, ranging from the classical shapes and motifs of the furniture to the Chinese calligraphy painting-inspired fish mosaic in the bathrooms. 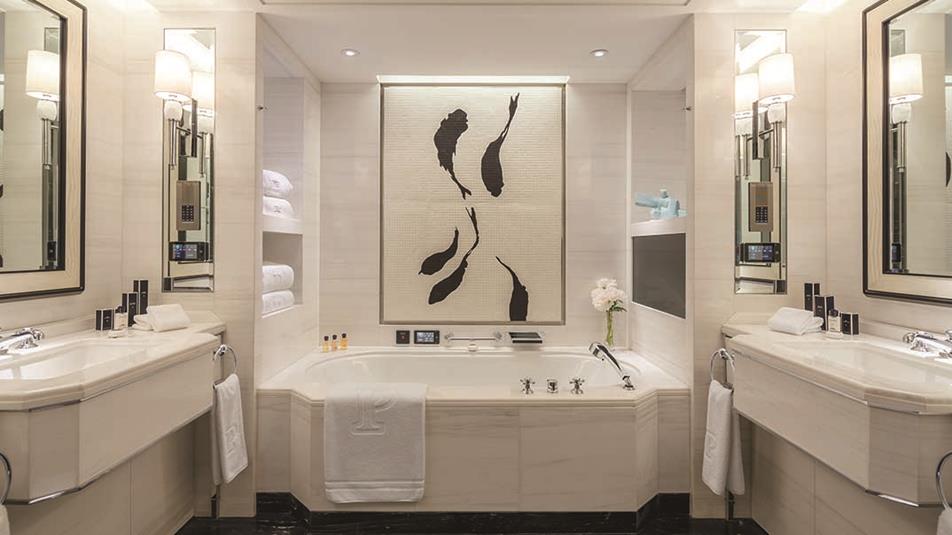 With guest comfort and convenience being at the centre of the reconstruction, the hotel’s original 530 rooms and suites have been reduced and reimagined to just 230 suite-style rooms, each offering a separate bedroom, living room, bathroom and dressing room. With standard room at an average of 65 square metres, the standard rooms are now the largest in Beijing, and among the most spacious in China. They are also the most personalised guestrooms in the world, with proprietary in-room technology delivering 11 languages at the touch of a fingertip, and paperless hotel and city information and services just a click away. Each room has its own self-contained ample dressing area with a valet box and nail dryer, while guests also have the added benefit of complimentary VOIP calls and WiFi.

The Peninsula Beijing takes suites to the next level of space and freedom. A collection of 61 suites offers inspired design and technological innovations to become the most sought-after guest accommodations in Beijing. In fact, suites comprise 25 percent of the hotel inventory – the highest percentage in The Peninsula group, and among the highest percentage for a luxury hotel in Beijing. The hotel’s stunning theme suites include The Peninsula Suite – styled after a Chinese aristocrat’s home – and 17 reimagined Beijing Suites, while the Loft collection of duplex rooms offers a chic and sophisticated twist on urban living. 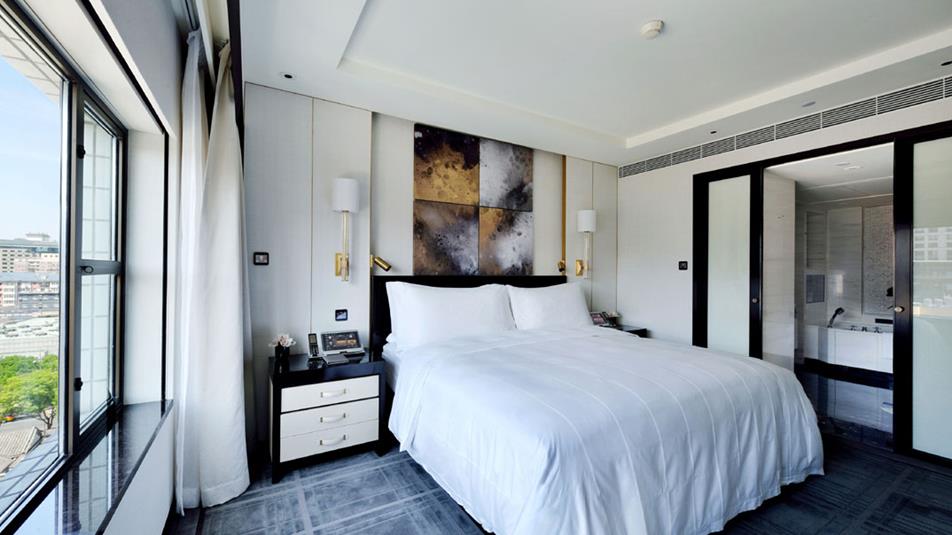 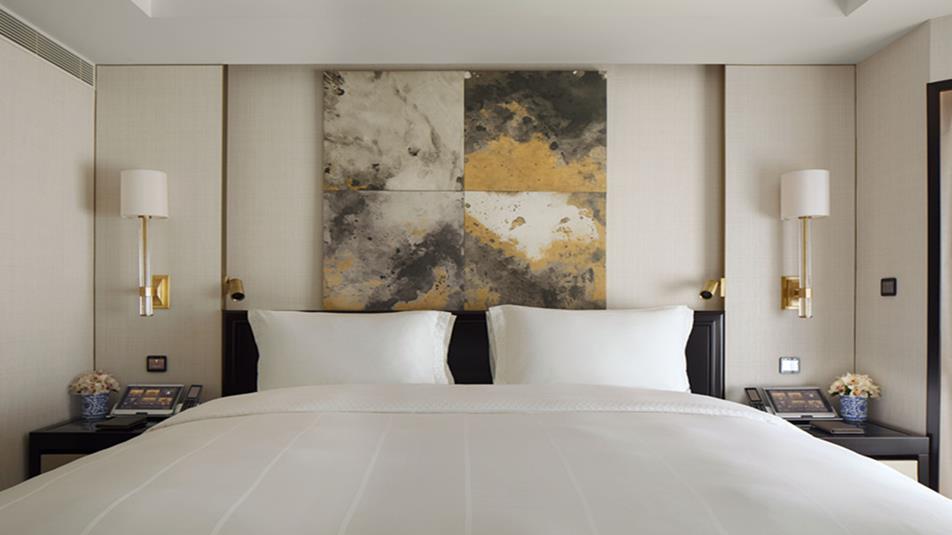 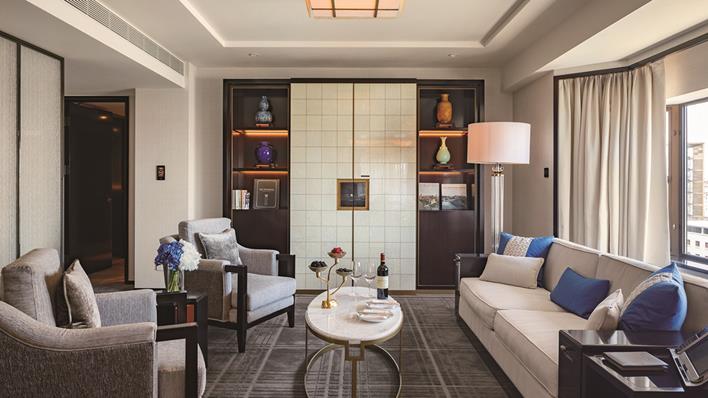 Exquisite artisanship is a highlight of each room. Using Forest Stewardship Council-certified sustainable mahogany and high-gloss finishes, the exclusively commissioned furniture was hand-finished by Italian company Cassina, a century-old Italian design house whose contribution to the glamour of travel includes custom-creating furnishings for luxury cruise ships. Family guests can relax together with bespoke in-room amenities and baby products provided through an exclusive partnership with Norwegian baby brand Stokke, adding comfort and convenience for babies, toddlers and parents in a home away from home.

Combining Ancient and Modern China
Investing in hotel designs that stand the test of time is a key philosophy of The Peninsula Hotels. With this vision in mind, The Peninsula Beijing Lobby has been crafted to mirror Beijing’s modern transformation. The existing area has been reconfigured to create a grand three-storey Lobby, which is a Peninsula signature in its 10 hotels around the world. 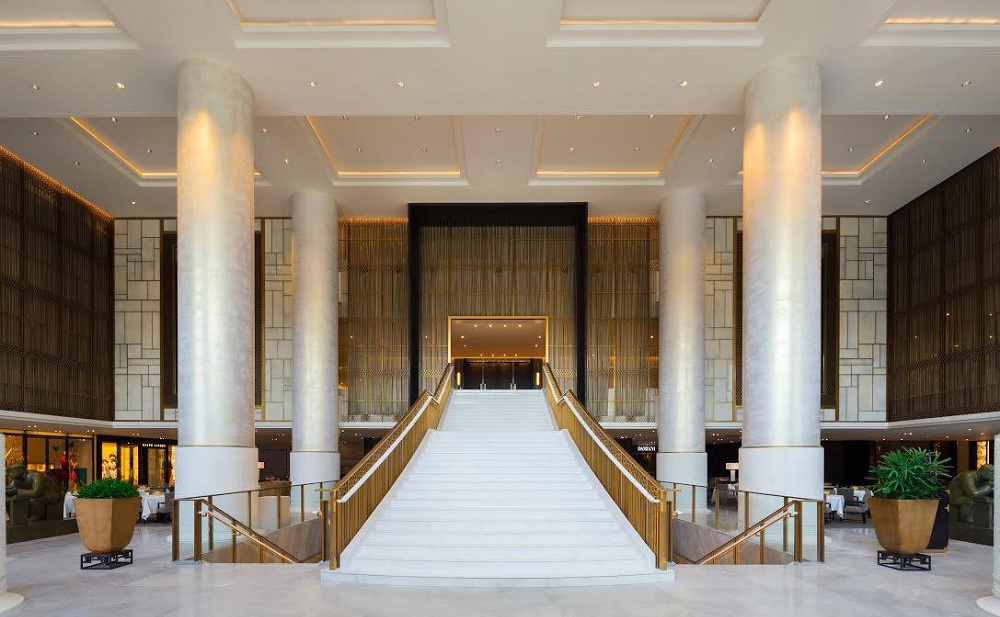 A deep-rooted respect for the rich imperial history of Beijing, and the symbolisms imbued in its finest palaces and mansions, provides a refined sense of the destination for all guests. Luxurious materials such as bronze, onyx (jade), white marble and rosewood (zi tan wood), which ornamented the ancient structures of Beijing in the Ming and Qing Dynasties, such as The Great Wall, The Forbidden City and The Summer Palace, are used on every floor of the hotel. Carefully selected for their enduring qualities and their intrinsic beauty, these elements create an ageless sense of grandeur, elegance and timelessness.

The Imperial hexagon is a recurring theme. The 160,000 hexagonal motifs are partially inspired by a tortoise shell, which represents longevity in Chinese culture, and the peony flower, denoting prosperity and honour. The six pillars in The Lobby, which add formality and substance to the palatial space, are carved from white marble (han bai yu), which was used in the palaces of The Forbidden City. The floral emblems on the pillars are hand-carved in a hexagonal pattern. The hexagon is also visible in the bronze work on the main staircase, in the upper areas of The Lobby and in the open spaces surrounding the function rooms.

The Lobby features 3,500 individually chosen pieces of Palissandro marble, which is highly valued by designers. Every piece features subtly different vein colours, ranging from cream to cool grey, set to elegant perfection with a natural gold glitter. Using a complex specialised process, each piece was handpicked to create a “book mark” effect. The clean white onyx and cool grey floor contribute an ambience of lightness and rejuvenation to grand The Lobby. 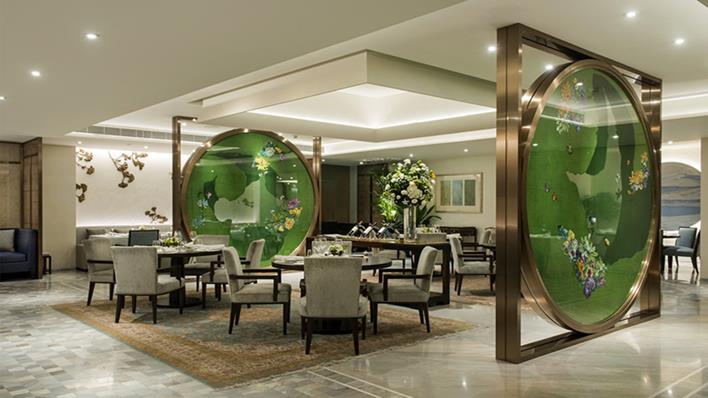 Using China’s finest artisans to showcase some traditional arts erected in a contemporary fashion as a showcase of Chinese artisans and celebration of the long tradition of refinement and sophistication.

Chinese inspirations are extended through to all parts of hotel and included in the guestrooms with subtle references throughout. Goldfish are considered lucky in Chinese mythology. During the Qing Dynasty – China’s last dynasty – the Na family inspired Chinese high society with its sizable mansion and beautiful Imperial-style garden, located in Wangfujing (Goldfish Lane) directly opposite to where The Peninsula Beijing now stands. In a tribute to this exceptional location, the goldfish, which represents abundance and prosperity in Chinese culture, is prominently featured in carvings and mosaic artwork in the hotel’s guestrooms and suites.

Specifically designed to nurture emerging artistic talent, The Peninsula Beijing’s Art Residency programme is the first of its kind in a luxury hotel in China. The programme is hosted in conjunction with MoCA Beijing, and enables aspiring artists to live and work for three months in the heart of Beijing, the epicentre of China’s contemporary arts scene. Each resident artist can take advantage of a purpose-built studio and guestroom on the 14th floor, and the artworks created during their stay will be exhibited in a new gallery on the third floor. Guests can visit the studio to see the artist at work, and exclusive art dinners and themed events will be held.

The hotel will also showcase Beijing’s flourishing arts scene through The Peninsula Academy’s exclusive art tour experiences, or jade appreciation class for guests. The new “Keys to the City” programme, which offers the best tables at exclusive restaurants and front-row seats at the opera, also organises out-of-hours guest visits to the most exclusive art galleries, and a special afternoon tea experience in an art gallery.