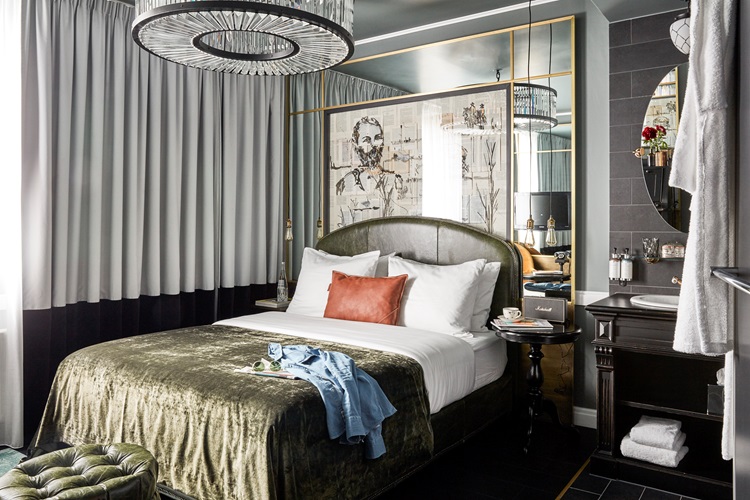 Not since Jay Gatsby set foot in West Egg has a neighborhood so eagerly anticipated the arrival of a new host—this October sees the grand opening of Sir Savigny in Berlin’s vibrant Charlottenburg district.

This 44-room luxury urban retreat built in 1893 perfectly reflects the mindset and sybaritic ways of its mythical founder, Sir Savigny, a bon vivant who has dedicated his life to beauty and storytelling. At this newest addition to the SIR hotels stable, the story unfolds deliciously with guestrooms that showcase the work of local artists and wide-open public spaces that create intimacy, spark conversation, and promote new friendships among kindred spirits. 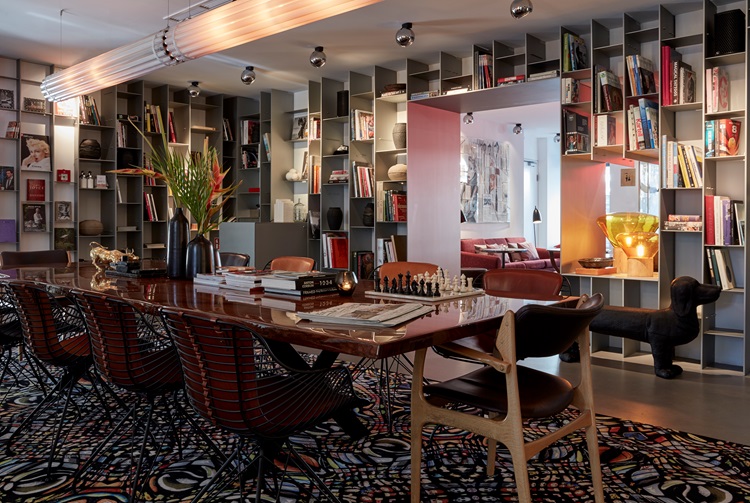 Sir Savigny’s eponymous host is the consummate epicurean traveler finally putting down roots in the emerging district of Charlottenburg, west Berlin. Sir Savigny’s traveling nous is demonstrated in the 44 luxurious guest rooms and suites, elegantly outfitted by Amsterdam-based designer Saar Zafrir. Ranging from the 13-square-metre Sir Petit room to the 30-square-metre Sir Savigny Suite, each questroom is defined by an eclectic assortment of local art, vintage rugs, and custom-made furniture under heavenly high ceilings. The result is an encapsulation of Zafrir’s design Mantra: “Creativity is intelligence having fun.”

Award-winning interior designers Baranowitz + Kronenberg are responsible for the fluid design of the ground-floor reception rooms. The result, an open and engaging space that allows guests to slip seamlessly between perusing Sir Savigny’s book collection in The Library to sipping aperitifs fireside in the Winter Garden. The flowing reception rooms lead to The Butcher, a hip neighborhood burger bar conceptualised by Yossi Eliyahoo’s The Entourage Group, which offers haute fast food that is defined by culinary craftsmanship and the finest Aberdeen Angus beef. Bookending the property is the Savigny Garden, a leafy urban retreat perfectly placed for whiling away halcyon city days amid stylized graffiti by renowned street artist Dome.