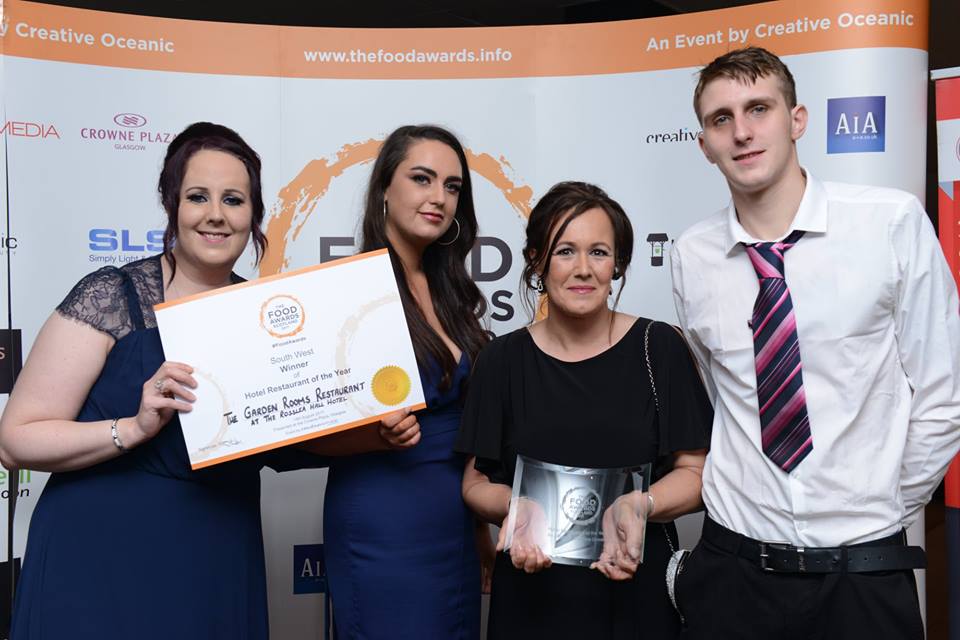 The Garden Rooms Restaurant at the Rhu’s Rosslea Hall Hotel has been awarded the title of ‘Hotel restaurant of the Year’ at The Food Awards Scotland.

The hotel is managed by the leading independent hotel management in Britain, which holds national recognition in the hospitality industry through its partnership with some of the most prestigious international hotel brands, including IHG, Hilton, Accor, Marriott and Wyndham.

The win comes following head chef Tony Quinn’s regional success in the South West category for the last two consecutive years, and the team believe the locally sourced fresh produce and first-class service are the winning properties they will continue to champion into 2018 and beyond.

“We are over the moon that our Garden Rooms Restaurant has been recognised on the national stage by The Food Awards Scotland,” said Don McGregor, general manager of Rosslea Hall Hotel. “Tony and his team were up against some fantastic Scottish hotel restaurants and to pick up the overall award for Scotland shows they really are doing something right.”