Hotel Indigo debuts in the historic city of Bath 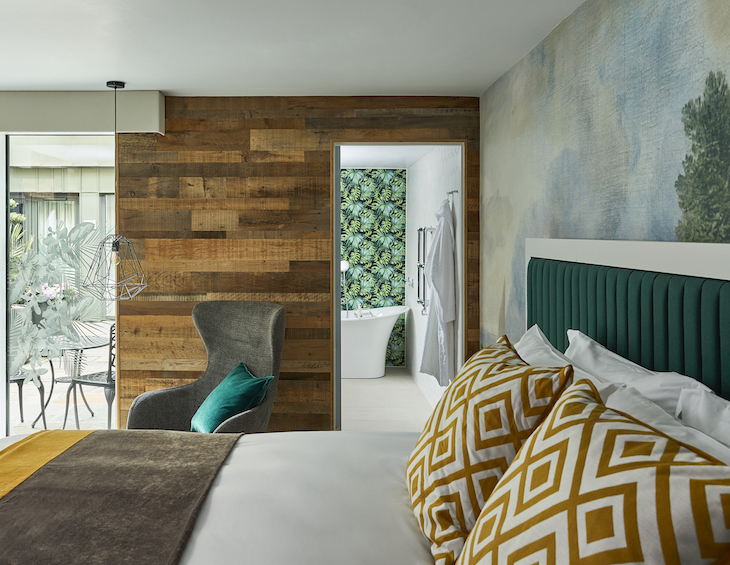 Set in a honey coloured Georgian terrace built in the 18th century, the 166-key Grade I listed building, which now shelters Hotel Indigo Bath, has hosted famous figures from history including Sir Walter Scott, William Wilberforce, and the Duke of York.

Just as no two neighbourhoods are alike, no two Hotel Indigo properties are alike. Each is designed to uniquely reflect the local culture, character, and history of the surrounding area. 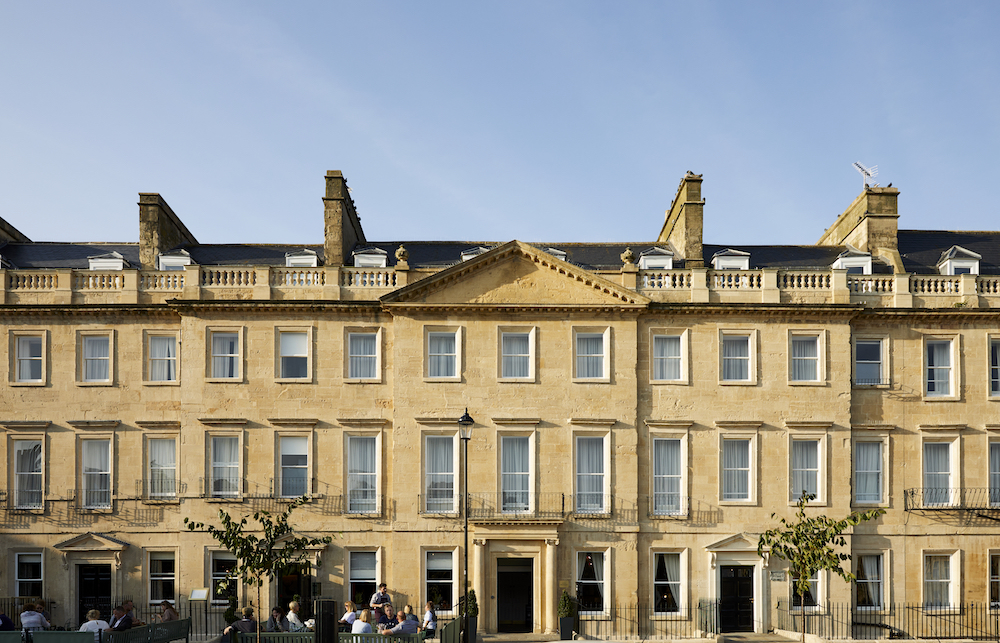 Taking its design cues from the city’s surrounding Georgian architecture and the history of the local neighbourhood, Hotel Indigo Bath creates a truly memorable experience by artfully combining modern design and historical architecture. Guests will have five different room types to choose from, reflecting the surrounding neighbourhood of Bath:

‘Romance & Mischief’ rooms – Taking inspiration from the infamous Debutant Season in Bath, where grand evenings of gambling and frivolity mixed with afternoon tea and whispers of romantic promises. The rooms have dark green headboard wooden panelling combined with vibrant luscious red velvet soft furnishings. Nodding to the old gambling culture, there are playing card side tables. The artwork on the walls plays on the theme of romance with love birds and portraits that have been vandalised by ex-lovers.

‘Literary Hideaway’ rooms – Reflecting Bath’s abundance of famous authors, these rooms are designed to be cosier and reflect a getaway for creative writers. The walls behind the bed are covered in a montage of novels by many of Baths authors and the desk is a traditional writer’s bureau with a captain’s chair. There is a slightly more muted colour pallet of browns and mustard yellows.

‘Georgian Architecture’ rooms – With the back wall of the bed lined with ornate ceiling sconce covers and grand high ceilings, this room amplifies the grand Georgian residence feel. Bold, symmetrical, geometric patterns favoured by Georgian architecture of that time, are visible with a deep and rich colour pallet – designed to accentuate the period features. 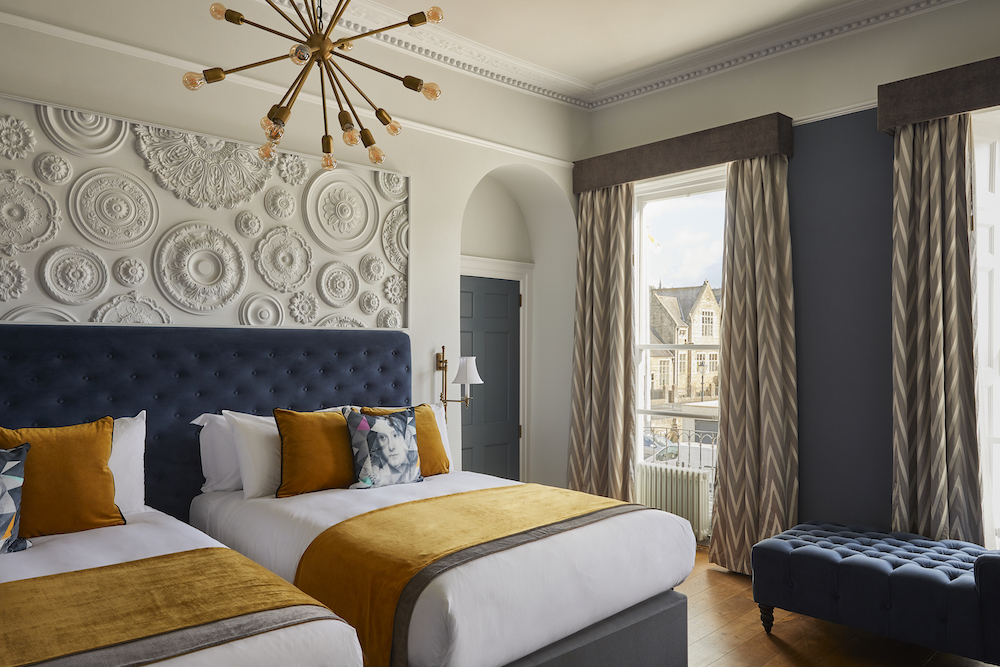 ‘Garden’ rooms – Moving through the design periods, these rooms are a newly built modern extension. With a more contemporary, light and youthful modern design, these rooms are reflective of the garden in which they sit. 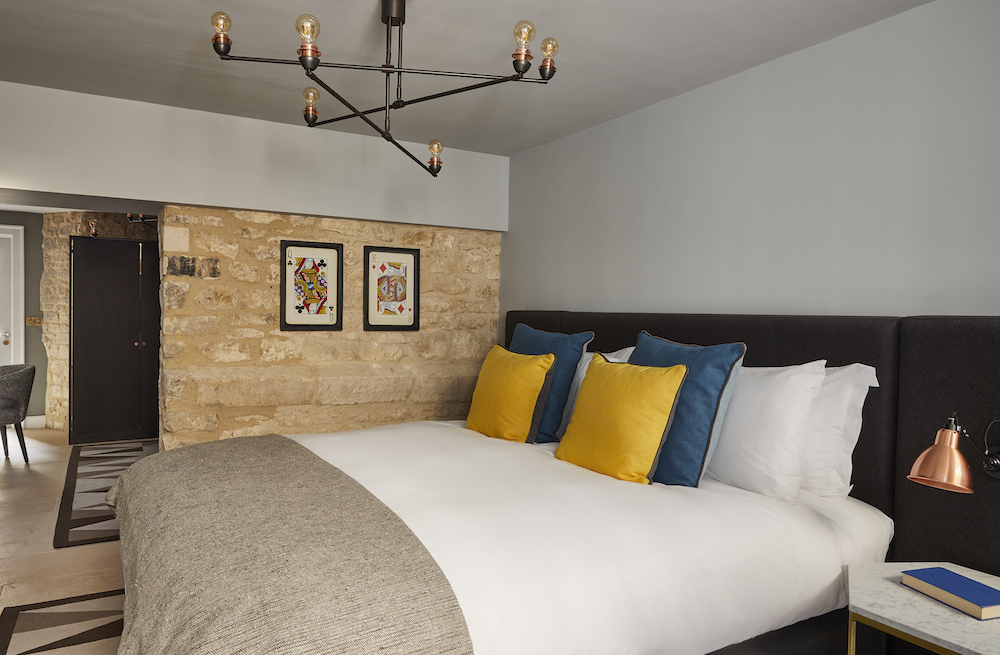 The sensitively designed bathrooms, which include top-quality brands, were specified by bathroom consultancy brand Utopia Projects.

The Elder is the place to enjoy authentic, honest and timeless British cooking, with a focus on sustainability, seasonality, and locally sourced produce and is open for lunch and dinner with an à la carte menu.  In the bar and the south facing terrace, visitors can enjoy small plates alongside cocktails and Somerset ciders.

There are currently 121 Hotel Indigo properties open globally including the recently opened Hotel Indigo® Verona – Grand Hotel Des Arts and Hotel Indigo® Larnaca, with another 102 in the pipeline to open in the next three – five years. The first Hotel Indigo in the Arabian Gulf, Hotel Indigo® Dubai Downtown is also set to open later this year.