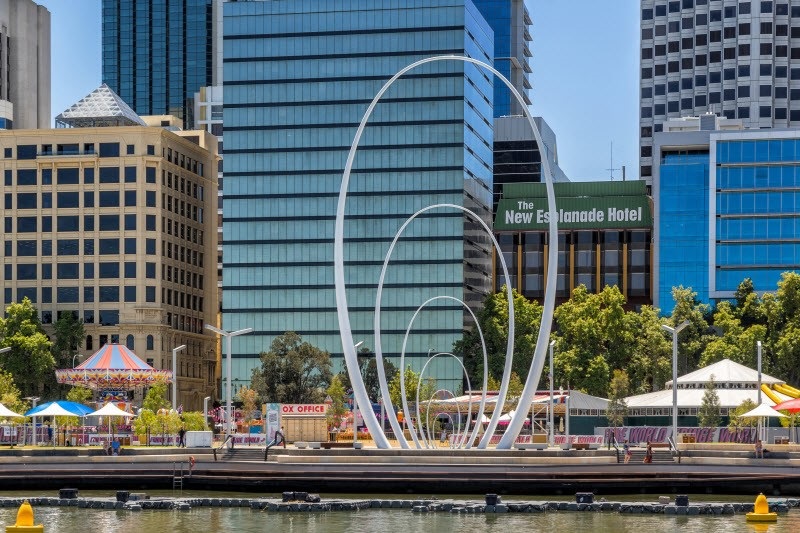 The New Esplanade Hotel, the successor to the storied old Esplanade hotel that fell to the wrecking ball in the early 1970s, is embarking on a renovation and re-positioning that will reestablish its position as a vibrant link on Perth’s Elizabeth Quay.

The hotel’s new management company, Louis T Collection, and owners H&M Capital Pty Ltd, have commissioned a diverse team of architects and designers to carry out a revitalisation of the property that will breathe new life into its interiors, enabling it to reclaim its position among Perth’s best hotels.

The current 67-room property was built adjacent to the site of the original Esplanade Hotel, which opened in 1898 and was demolished in 1972. A popular and architecturally significant landmark in its time, the Esplanade was an important social gathering spot, featuring a formal dining room and bustling saloon style bar. Although the New Esplanade Hotel, constructed after the original property’s demolition, was designed and built with guest rooms and one small restaurant, its reopening in Summer 2018 will unveil a new 80-room property in addition to new public areas including a lobby café, rooftop bar and restaurant, and one of the city’s most flexible co-working spaces.

Although design plans are still in early stages, the project team will stay true to the laid-back vibe of Western Australia, incorporating local style and craftsmanship into both the interior and exterior of the property. As a result of the extensive remodeling, the team plans to elevate the hotel to provide a more boutique luxurious feel which provides a taste of real Australian hospitality.

“The new look will create a space that is both modern and stylish and imparts a sense of Western Australia,“ said Interior Stylist Malvina Stone, who will be working on the redesign with Nicola Gibson, collaborative architect and the Perth based architectural firm Alda Consultants, led by Andrew Lian. “My experience in creating spaces that are truly livable will enable us to deliver a hotel that encompasses a balance between work and play and is as inviting as a home.”.

For Stone, whose interior design firm specialises in multi-million dollar homes throughout Australia, the New Esplanade Hotel will be her first endeavor in the hospitality arena. 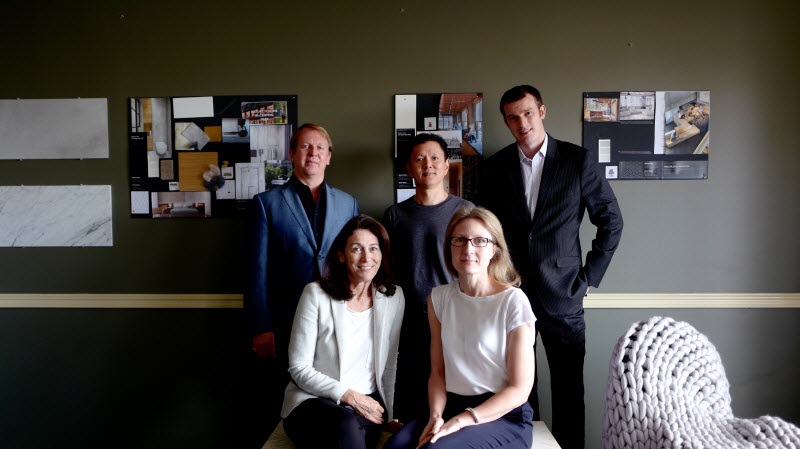 The interiors will be completely re-imagined. A new 24-hour lobby will connect to the outdoors through lofty French doors opening onto the Elizabeth Quay promenade. Comfy communal spaces will be added throughout including a cafe brewing up locally roasted coffee and bakery items that will be the cornerstone of the space, and open to guests and local passersby. The hotel will be driven by a sense of nature and community with classic overtures.

Design elements include Australian timbers, wool and linens. The feel will be comforting rather than ‘showy’, with a nod to local contemporary artists and palette. Occupying the entire ninth floor will be Perth’s first dedicated 24/7 collective work space where guests and locals can convene to work, meet, find inspiration and socialize.

According to Lian of Alda Consultants, the exterior design will embrace a ‘new meets old’ philosophy to maintain the character of the property, while updating the existing bay windows and extending the facade of the roof top to highlight its location in the Perth skyline. Lighting will play a critical role in the exterior aesthetic, complementing the property’s ‘front and center’ position in the new Elizabeth Quay waterfront development.

Louis T Collection will oversee the renovation with Robert Batrick, Louis T’s director of project services, as the lead. Batrick brings over 15 years of experience in the construction industry to the project, recently overseeing the 2016/2017 renovation and re-opening of Louis T Collection’s Mantra Samui Resort, an idyllic coastal retreat on the island of Koh Samui in Thailand.