Part 34: How to keeps your guests connected for longer 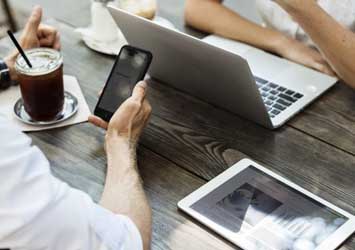 Part 34:
How to keeps your guests connected for longer 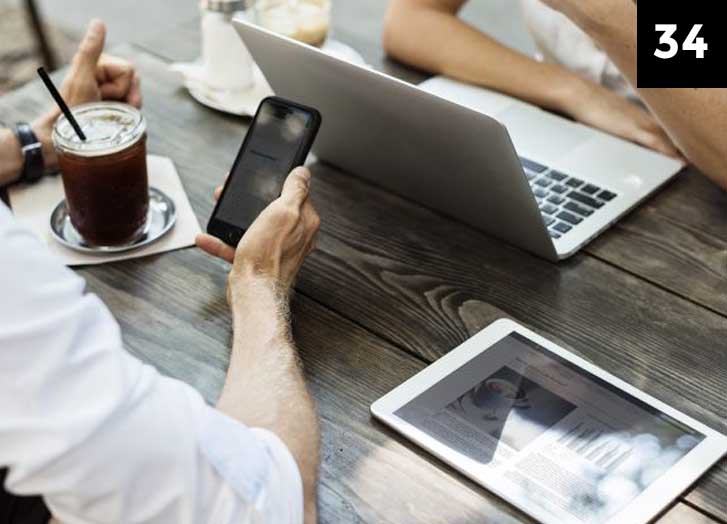 It’s a fact – cellular signals do not penetrate well into the buildings. That’s why dropped calls and interrupted data connections continue to plague the owners and users of commercial buildings, from downtown office towers to medical centers, corporate campuses to airports and stadiums. It’s a problem with far-reaching repercussions that range from lower customer satisfaction levels (resulting in higher churn rates) to decreased employee productivity and morale (resulting in higher turnover).

Today, 80 percent of cellular calls and usage is generated or initiated indoors – so for any building owners and managers that want to ensure consistent, reliable indoor connectivity, a distributed antenna system (DAS) has become the wireless solution of choice. 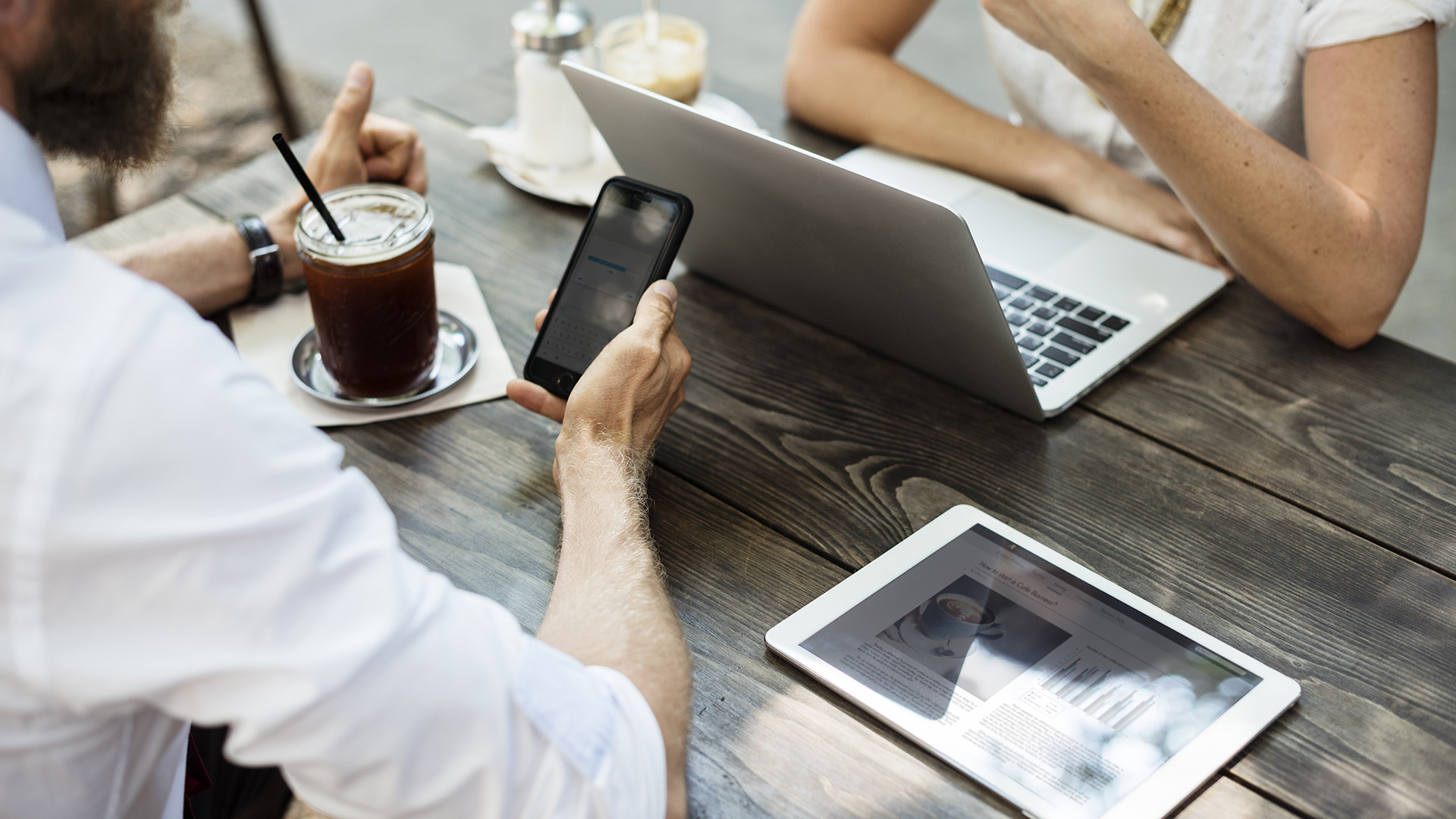 What is a DAS?

A DAS typically comprises active electronics, usually a central hub connected to remote units paired with amplifiers and antennas distributed throughout a building, with cabling to connect the elements. The central hub is connected to an RF source (usually a small cell or base station) from the operators, which supplies the cellular signal. Through a DAS, operators’ wireless signal is most efficiently distributed to all parts of the building.

The system ensures a strong signal throughout the building, overcoming the interference on the network that typically exists in the buildings, and can work in concert with small cells as the RF source. Because the signal used to support a DAS is separate from outdoor cellular towers (except in rare instances where a repeater is used as the RF source), the added capacity is dedicated to the building – unlike repeaters, which siphon capacity away from the outdoor towers.

And because it’s an operator-approved and -supported cellular signal that’s being brought into the building, users receive a guaranteed level of service, as opposed to unguaranteed performance of voice-over-Wi-Fi, for example. Plus, calls can seamlessly hand off from the outside network to the inside network as users move from outside to inside the building, something Wi-Fi isn’t guaranteed to provide.

Not all DAS systems are created equal, however, and it’s critical that any investment in this type of network infrastructure pays off for years to come. Look for these six criteria to choose the optimal DAS.

The ability to support new spectrum means a DAS system can support wireless operators’ future extension plans for their networks as capacity needs grow or as operators acquire new frequency spectrum. The ideal DAS solution is capable of supporting all of the most common cellular and public safety frequencies at the initial installation, with no additional hardware needed to add new frequencies or wireless operators in the future.

Some DAS solutions require multiple installations in order to be ready for more than four to six frequencies. This impacts businesses not just today – because multiple installations might be required simply to have access to all currently available frequencies – but also tomorrow, when a business’s needs change or when new spectrum becomes available.

Any system should be ready to absorb these types of changes without additional hardware; otherwise, a business will need to add new hardware layers (remote units, boxes in telco closets, more cabling and more fiber, often more antennas) to accommodate future technology needs. This is costly and disruptive, and may involve adding unsightly hardware outside telco closets if the closets are already full.

Additionally, new layers stapled onto existing hardware may cause degradation in the existing system’s performance.

Determining the type of cabling used for a DAS is crucial. Measuring performance between fiber, CAT and coax, fiber is considered the premium cable because it can carry higher traffic loads. It has the most bandwidth available, a long cable length allowance, and is low cost to install, test and maintain.

Some DAS claim to use fiber cabling, but that may not mean the system is fiber based. Many systems do use fiber at some point, but most are hybrid fiber and coaxial cable; they use fiber cabling as the backbone, but the coaxial cabling goes out to the antennas (the equipment that distributes the now-amplified cellular signal to be consumed by mobile devices). A hybrid system is more difficult to install, test and maintain, and thus more intrusive to the business or building where it is being installed, as well as more expensive.

Without all-fiber, a business will not be set up for the growth in data traffic that occurs every year, because non-fiber cabling support less traffic than fiber. Other future technologies like 5G and high-frequency bands in unlicensed spectrum also are crippled without an all-fiber system; carrying any frequency band over any cable results in signal loss, and coax and CAT cabling have much higher RF losses than fiber, especially at higher frequency bands, which will be used for 5G.

Smaller equipment and fewer hardware components take up less room, allowing a business to maximize the space it has, and reduce the risk that DAS equipment has to be shoehorned into available spaces or placed in a place where the equipment reduces aesthetics. It also reduces cost, as the amount of physical space (rack, wall) required in telco rooms can increase planning and implementation costs and add to operational costs.

The need for low total cost of ownership (TCO) is a no-brainer – why pay more for something than necessary? But accurately determining TCO can be tricky with a DAS solution.

Some DAS are inexpensive to install, but the ancillary hardware required for current and future upgrades make it more expensive over the life of the system. In addition to cabling, the system may require ancillary equipment that wasn’t accounted for in the initial hardware estimate, whether it’s special building-specific hardware or additional antennas due to the way the building is configured.

If a system starts with only a few frequencies today, but needs more in the future to accommodate multiple operator bands, or new technology or spectrum, more hardware will be needed. Businesses may need to reserve significant funds for upgrades every couple of years.

The operational cost to run the system also must be considered, as low-power systems are more efficient and thus less expensive to run than high-power systems. Higher-power units are often larger, which sometimes requires upgrading HVAC systems, and the more space they take, the more one pays in the monthly operational cost, also resulting in a less energy efficient system.

Determining TCO isn’t just about capital outlay; it’s critical to figure out how much a system will cost over one, five, 10 and even 15 years, and how that fits into current and future IT budgets. A system that costs more over time isn’t really the economic choice.

A DAS might support VHF, UHF or 800MHz today, but when FirstNet arrives – the first standardized nationwide emergency responder network, which will use LTE technology in the 700MHz frequency band and will eventually supplant the use of existing public safety frequencies – the DAS will have to transition to 700MHz frequency bands. It is probable that all of these frequency bands will be in use until the complete FirstNet transition occurs, which might take several years.

Many DAS systems aren’t able to support public safety frequencies without adding on additional hardware layers, creating a combined or converged system (as opposed to a single commercial system). Other systems don’t even have the capabilities to support VHF or UHF, no matter how much hardware is added to the original installation.

A truly wideband DAS can support any cellular or public safety frequency from 150MHz to 2700MHz. Therefore, it can support many different frequencies with a single layer of equipment as well as seamlessly support future services with no additional hardware like cabling or remote antenna units needed. This will simplify both deployment and maintenance, while keeping costs down.

5G’s primary promise is that it will grant access to vast amounts of new spectrum and allow wireless networks to support use cases never supported by 4G, but it presents enormous challenges from an indoor propagation perspective.

As true 5G comes into being, outdoor frequencies will have to be moved onto other frequencies inside a building – potentially multiple frequency bands, all better equipped for indoor propagation. In a solution with simplified architecture, users can access all of the frequency bands at the lower end of the licensed and unlicensed spectrums, all the way up to 6 GHz, which will most likely be used for indoor 5G in some form.

It’s not certain at this point where exactly indoor 5G would fall from a frequency point of view, so having an all-fiber-based solution that can support all frequencies with no additional infrastructure in the future is ideal from a future-readiness standpoint and will save on expensive upgrades.

Businesses have a lot of options when it comes to choosing an in-building wireless system, including multiple types of DAS. But by looking for these six key criteria, a business can feel confident it is choosing a future-ready DAS, setting it up for success – now and years down the road.