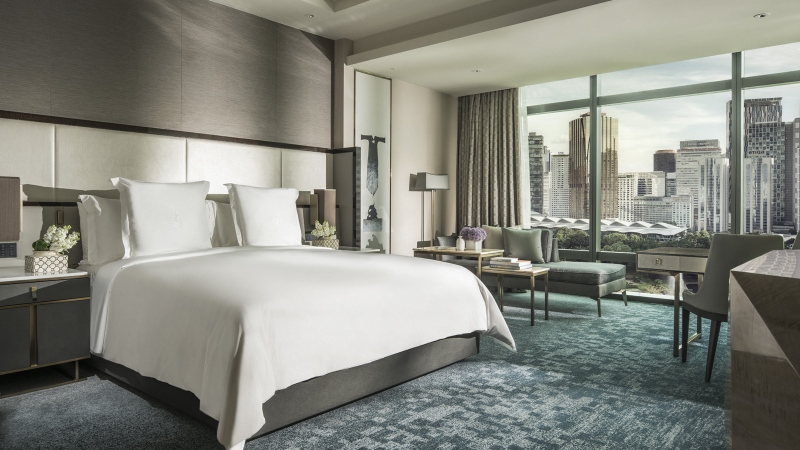 Located within a glittering new skyscraper, designed by NRY Architects, adjacent to the iconic Petronas Towers is the newly opened Four Seasons Hotel Kuala Lumpur. Rising 65 storeys above the bustling streets of the capital below, the new 209-key hotel boasts unparalleled hotel views, which was a major theme in the interior design concept that was taken on by a number of designers. 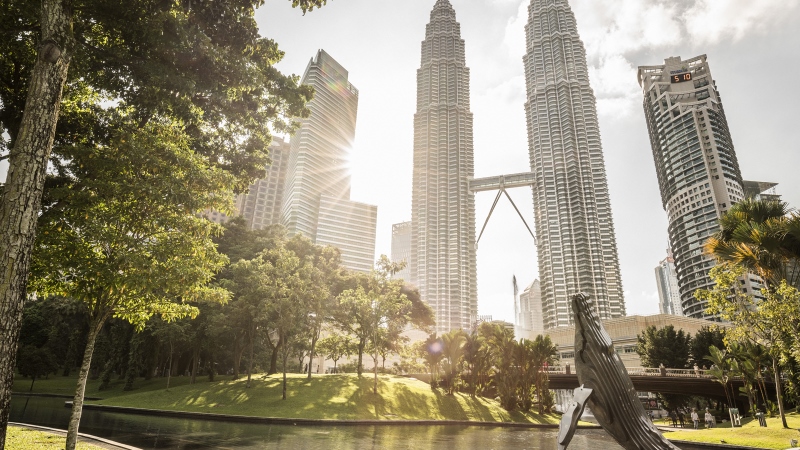 The 209 rooms (198 guestrooms and 11 suites), designed by Susan Issac (Wilson Associates), are complete with floor-to-ceiling windows that showcase dramatic 180-degree views of the city. The interiors are light, airy and have an open feel with soft hues marrying up with luxurious, warm-metal finishes. The main dining area, Yun House, is a space where guests are greeted by a decadent courtyard-style reception and elaborate panelled screening. Symbolic of it’s colonial heritage, the mouldings of plumb blossoms, orchids, bamboo and chrysanthemum are the flowers known as the Four Gentlemen in Chinese art and resemble the yearly Four Seasons.

“We always aim to create storytelling designs which bring together the project’s location, history, and the brand itself,” explains Ng. “The very creation of the design concept is what makes this project unique. The biggest challenge, as with all AB Concept projects, is putting ourselves in the mindset of a fictional character at the location, in order to dream up details which truly connect with the values of the place and the local people.”

The Lounge at the Four Seasons, which directly overlooks Kuala Lumpur’s central park, is located on the sixth floor of the hotel and exudes an opulent yet welcoming feel of an antique collector’s home and naturally integrates with the urban scene beneath. The calming ambiance created through the use of rattan is further enhanced by an abundance of light surrounding the communal-style seating area and the greenery outside of the windows. “We researched traditional Malaysian homes and how they would be lived in, and experienced, in order to create a comforting yet refined space,” said Ng when describing the inspiration of The Lounge. “Our stem concept was a colonial residence inhabited by a collector of antiques, generating a sense of nostalgia and bygone romanticism in the design. It was important to veer away from the traditional dark woods and heavy fabrics usually found in antique-filled rooms, and instead create a space that reflected the panoramic views of Kuala Lumpur’s Central Park, so we used pastel fabrics, blond woods and ivory marble as well as soft greens and yellows, combined with lacquered baluster tables and wicker-back chairs.” 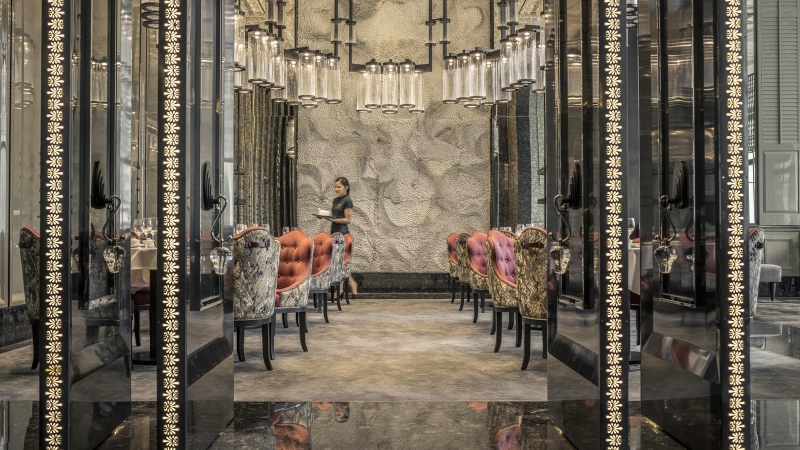 Elsewhere, hidden in plain sight, the urban yet sophisticated socialising space at Bar Trgona is adorned by calming shades of imperial blue and teal, and poses as a reserved escape from the surrounding vibrant restaurant. Incorporating leather, glass and bronze, materials traditionally used in Malaysian crafts, the bar space embraces the connection to the cityscape backdrop, whilst the use of shutters on surrounding columns draw on the connection between East and West

For the General Manager of the hotel Tom Roelens and his team of dedicated service specialists, it’s the end of one long journey of preparation, and the start of a new one as they welcome their first guests.  “As the hotel has come to life, we have looked forward to the day when it would be filled with people – international travellers in the city for business or leisure, local guests in our restaurants and spa, and the many residents who are becoming part of the extended Four Seasons family here in Kuala Lumpur.”