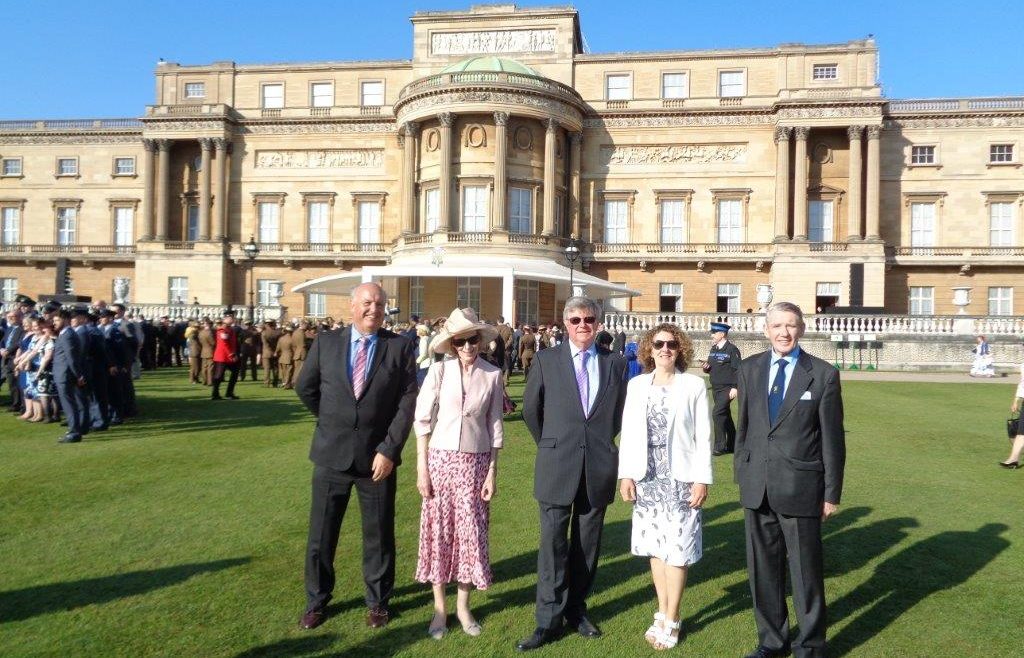 Trustees from The Royal Maritime Club spent time in the presence of the newly married Duke and Duchess of Sussex at their first official engagement at the Buckingham Palace Garden Party on Tuesday.

The party was held to celebrate Prince Charles 70th birthday – albeit 6 months earlier than his actual birth date. The prince is a Patron of The Royal Maritime Club, one of the oldest hotels in Portsmouth – established in Queen Street in 1850. The hotel was initially set up to house sailors and marines who were “between ships”.

Attending the garden party were the trustee’s chairman David Nesbit and his wife Diana; board members Mike Dawe and Mrs Jo Walters together with General manager John Alderson.

Mr Alderson said: “Prince Charles has been Patron for many years so we were absolutely thrilled to have been recognised and invited to such a special event, especially as it was the first official engagement for Harry and Meghan. We were just feet away from the couple at one point. They looked wonderful and made a point of chatting to as many people as possible. It made our day!”

The Royal Maritime Club gained ‘Royal patronage’ in 1855, after Prince Albert visited the hotel. Queen Victoria then became Patron. There have been royal visits throughout the 20th century, including Queen Elizabeth II in 1986. Prince Charles became Patron in 2007.

The club gained charitable status in 1883. Membership is open to all serving and retired members of the Armed Forces and their families as well as those of the Royal Navy, Royal Marines and Merchant Navy, for whom it was founded.

Today the club has also built up an enviable reputation with tourists and business people alike. It has 100 bedrooms, restaurant, function rooms and an indoor swimming pool, and is situated in the heart of the heritage area so perfectly located for visits to the historic dockyard.