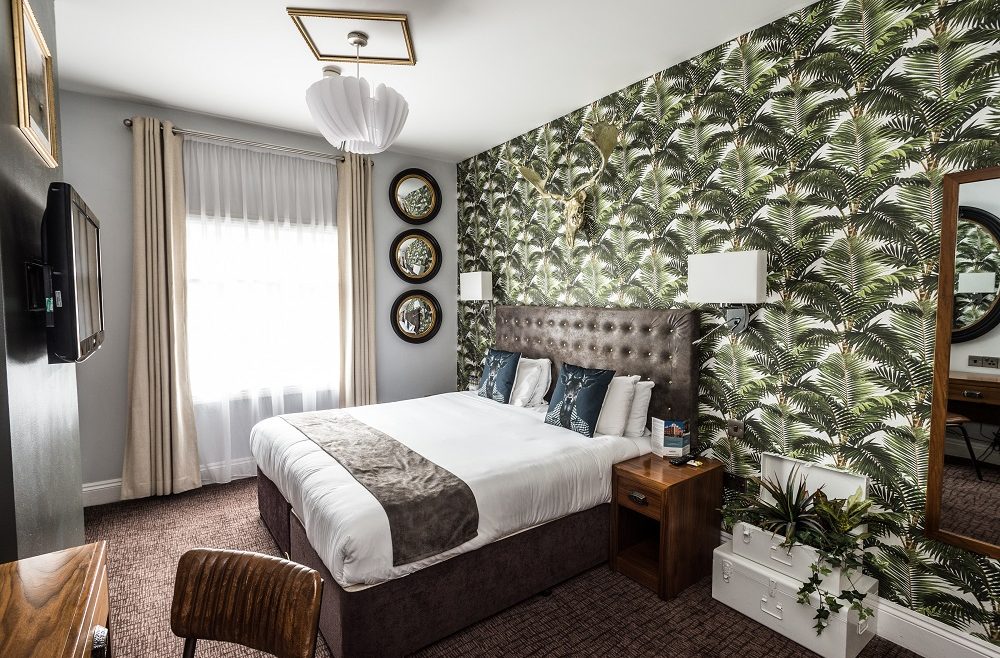 Following the renovation of The George suite, the launch of the brand new lobby concept, the addition of the Curious Tavern and Lost Property the secret bar. Mercure Nottingham City Centre Hotel now reveals its brand new bedrooms.

After months of exploration and innovative design work by The Curious Design Company, Mercure Nottingham is proud to showcase the brand new concepts, fitted by Flagship shop fitters of Mansfield, enabling the ultimate experience for the discerning traveller. In keeping with the hotels historical elements of traditional English heritage, the new areas take their cue from the design concept of The Old George period elements with a modern twist, allowing the setting of luxury yet comfort. 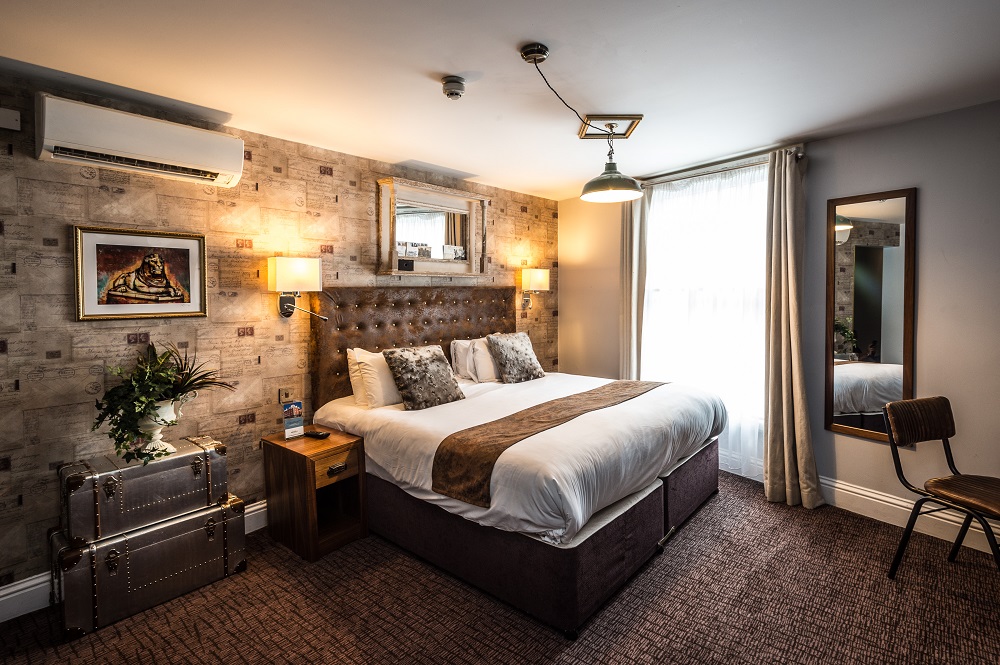 The hotel’s design aesthetics are inspired by the building’s historic role as the first hotel in Nottingham. Strong colours, textured fabrics and up cycled furniture are artfully combined to balance the grand with the contemporary. 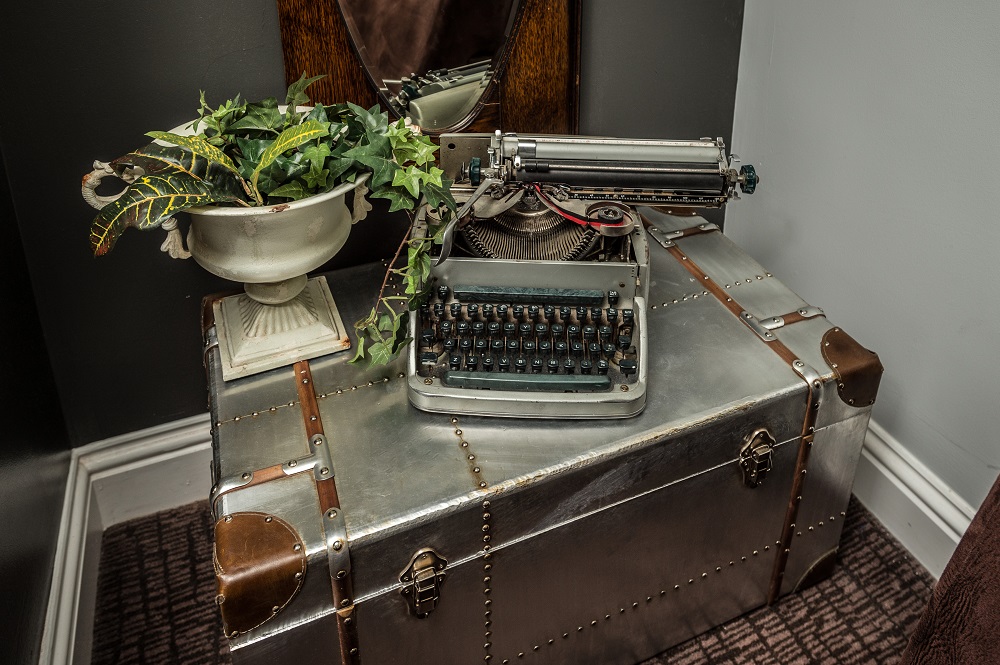 Daniel Brown, Managing Director of The Curious Design Company said, “Without rules, directive board or address, we wanted to ensure the property’s history prevails throughout with classical features showcasing the grandeur of its time.” 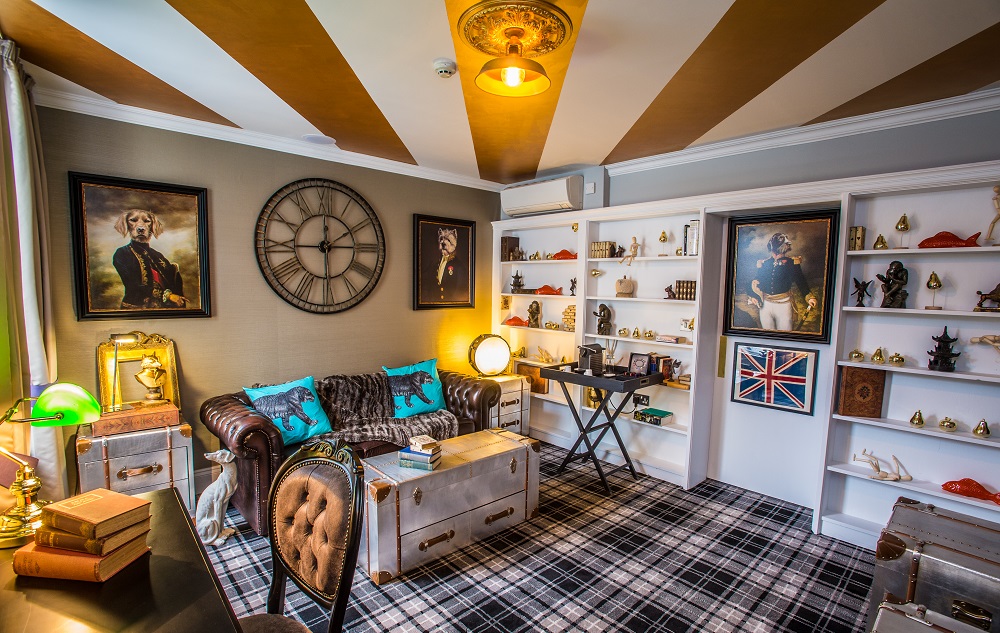 ‘Change in the air’ at Nottingham’s oldest hotel

Nottingham’s oldest 76-bedroom hotel is delighted to announce that change is in the air. From the opening of The George suite, to the launch of a brand new lobby concept and the recent Curious Tavern on the ground floor with more to be revealed.

The Mercure Nottingham City Centre George hotel is set to introduce a number of further developments that will elevate guests’ stay to an extra level of excitement.

After six months of careful planning and creative design work by The Curious Design Company, Mercure Nottingham is proud to showcase the brand new concepts for the discerning traveller. In keeping with the hotels historical elements of traditional English heritage, the new areas take their cue from the design concept of The Old George period elements with a modern twist, allowing practically and a fresh feeling room.

Daniel Brown, Managing Director of The Curious Design Company said: “The hotel is full of inspiration being Nottingham’s oldest hotel so wanted to draw on traditional period fabrics such as tartan and elements of lace to add to Nottingham’s rich heritage. The bathroom suite was influenced by Victorian bathrooms which matches the era in which the rooms were created.” 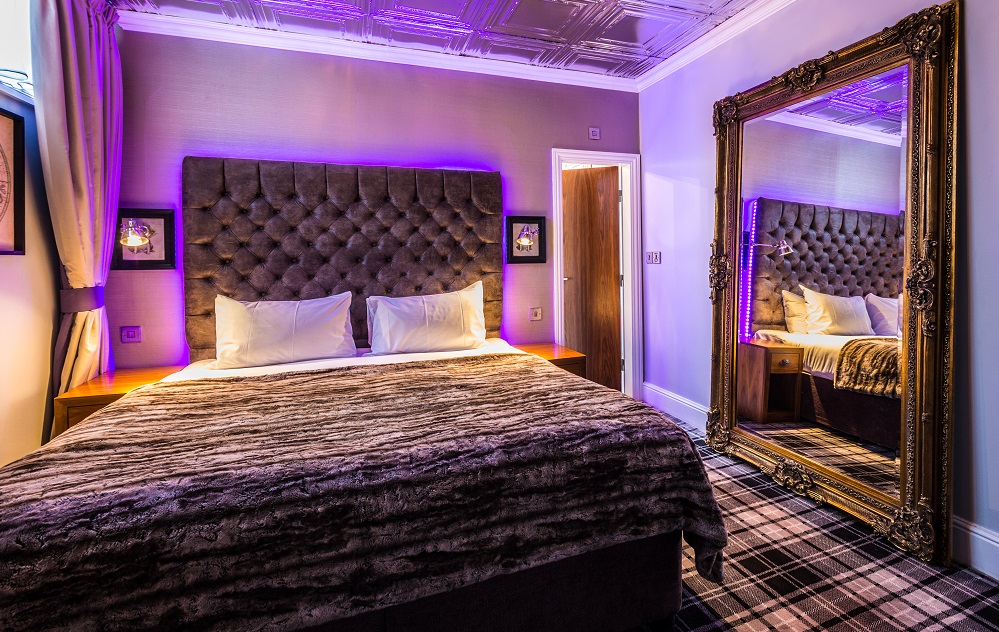 The George suite pays homage to traditional English style incorporating a separate living area, secret sleeping quarter and bathroom. To complete the space a few surprise design features feature in the lobby and fascinating trinkets along the library walls. A disguised door in the giant bookcase leads you into the main bedroom.

Modern elements of the equation feature in the overall design of the suite; flexible application of mood lighting, large windows with excellent views of Nottingham city centre, giving the suites abundant natural light.

Set the mood and play your tunes with an integrated Zonal Bluetooth speaker system. The built in system streams music wirelessly from any Bluetooth-enabled device.

A further update, which takes the design into 2017, is the array of luxuries the suites offer. A roll-top bathtub, complete with a stock of luxury toiletries allows guests to enjoy an optimum wellness experience. Meanwhile, modern hospitality services and amenities, such as complimentary 24-hour Wi-Fi connection and a Nespresso coffee machine are sure to make every guests’ stay at Mercure Nottingham City Centre George Hotel truly extraordinary.

It does not stop here; there is more to be revealed at the hotel in the coming months.