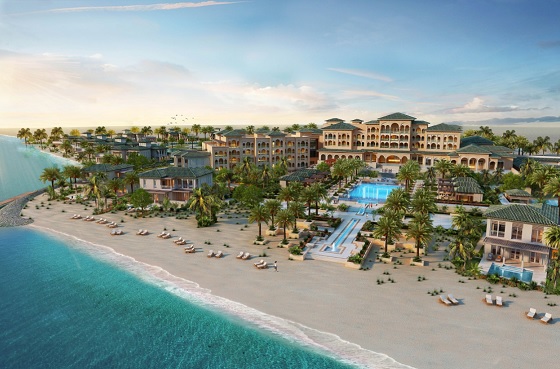 The Jumeriah Royal Saray aims to give guests a royal experience. Guests can book actual “royal residences” within the hotel, which are a luxurious alternative to the hotel’s “Summerhouses” suites, and are decked out in the colours and patterns preferred by the Bahrain royal family.

The Royal Saray hotel’s 174 rooms lead onto their own private beach on the Arabian gulf’s northern coastal Seef district.

The hotel’s interior design has been described by the group as “understated luxury”, although the marble detailing and sweeping cream palettes look classically luxurious and palatial. 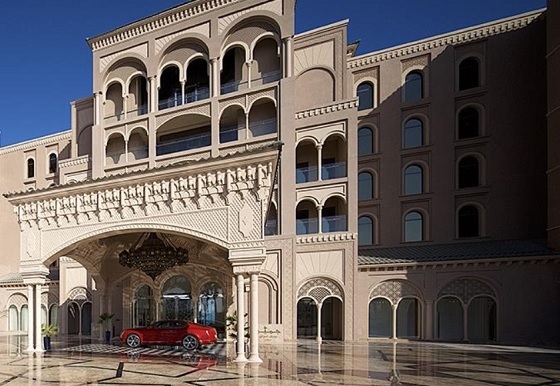 The exterior feels indebted to the aesthetics of a formal palace. There is a grand, sweeping entrance and intricately detailed exterior patterning, and a grand sweeping stone runway up to the property.

Bahrain has a lively pearl diving industry so the shimmering tones of the jewel have provided inspiration for the hotel’s colour schemes. The patterns are inspired by royal houses, and span furnishings, glass and the ornate details on the outside of the hotel and the stone floors.

A central swimming pool leads down to private sun loungers, while all rooms and suites overlook the ocean. 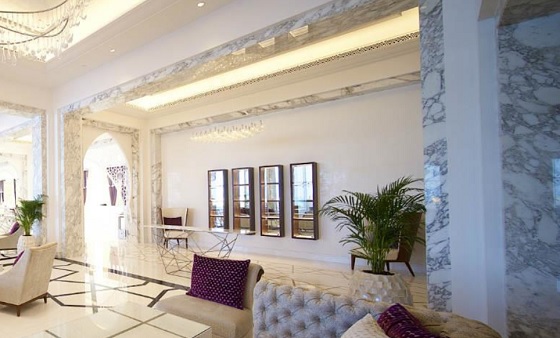 There’s space for 400 in business suites, and a signature spa is set to open in a separate building near to the main hotel shortly.

The hotel’s main restaurant, PLAY Restaurant & Lounge, is Dubai chef Reif Othman’s concept and has been awarded many high accolades.

There’s plenty to do outside of the hotel, including visitor hotspots Adliya, Bahrain’s cultural hub for restaurants and nightlife, Muharraj Island with royal residences and winding alleyways to explore, and UNESCO World Heritage site Qal’at Al Bahrain – Ancient Harbour and Capital of Dilmun, which is 4,000 years old. 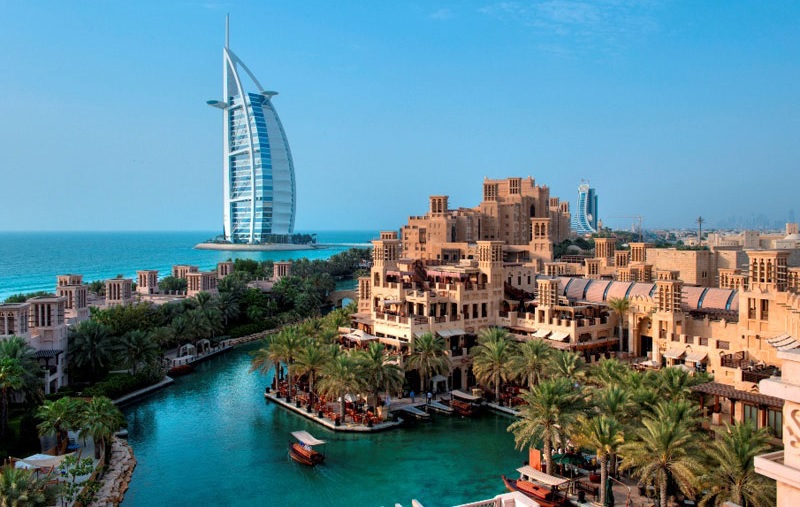 The new year hasn’t yet arrived, but it’s already stacking up to be a consequential one for the hospitality industry, with a number of large hotel companies dedicating resources to the launch of new lifestyle brands and other initiatives.

One such example of this is Jumeirah Group, which is launching a new brand that it hopes can stand out to consumers as a lifestyle option that appeals to the “millennial minded,” the companies interim CEO Marc Dardenne has said. This new brand is slated to launch in early 2018, and when it does it will have smaller rooms but locations in key desirable areas, while also retaining a strong focus on food and beverage services. Dardenne has also said that the new brand, which has not yet been named or fully revealed, currently has three to five new projects that have already signed on to be a part of it.

Jumeirah Hotels has been around for two decades, and this recent decision to launch what will become just its second brand was inspired in part by a desire to access markets where the company already has existing properties that are under the Jumeirah name. This is far and away one of the most common motivations that large hotel companies have cited for launching additional brands, with recent examples of companies that have done this including Trump Hotels and its new Scion brand, Langham with its Langham Place brand, and Capella Hotels with Solis.

Although the lifestyle segment is becoming somewhat crowded within the global hospitality space, Jumeirah is confident that its new creation will stand out a bit from the pack, which contains many lifestyle brands that have been in this arena for 15 to 20 years old now, making them seem a bit dated to guests. Jumeirah leadership has painted its late arrival to the lifestyle segment as a great opportunity to ensure that it is able to provide some of the most modern and up to date offerings of any hotel in the space.

No star rating or category has yet been assigned to the brand, but Jumeirah Hotels and Resorts are likely above its price range, and the new brand will not be associated with Jumeirah’s loyalty program, Sirius. Leadership does, however, hope to have a little bit of association between it and the Jumeirah brand so that savvy travelers will draw a connection between the two. 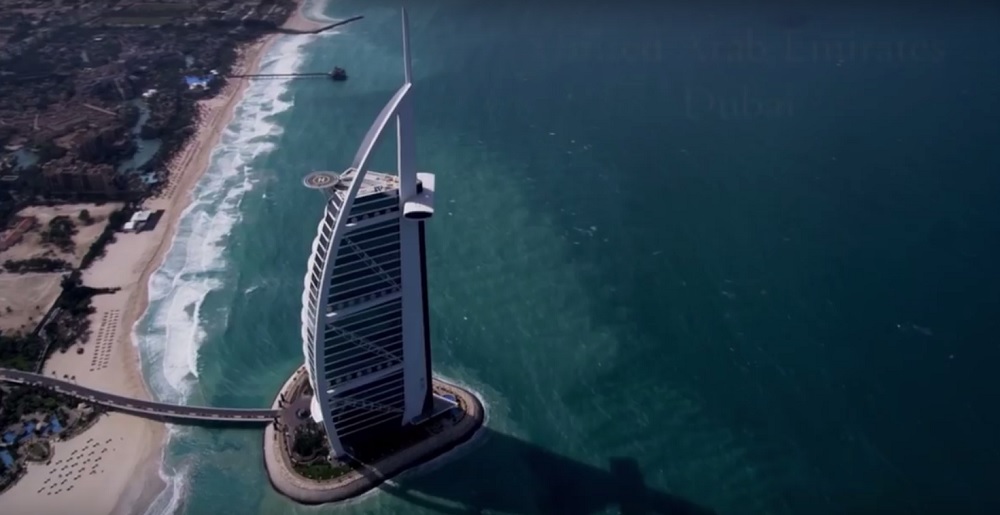 Jumeirah’s Burj Al Arab is bringing an innovative design project to the UAE in the second quarter of the 2016, as the ‘North Deck’ gets set to officially open to guests.

It has been developed using state-of-the-art environmental technology, design, manufacturing expertise and marine installation mastery, a combination which has never before been attempted. The 10,000-square-metre private luxury deck will fan 100 metres out into the Arabian Gulf and accommodate 32 cabanas, 400 sun loungers, one fresh water pool measuring 612 square metres and one salt water pool measuring 828-square-metres, one restaurant and a bar.

In a bid to deliver the most exclusive guest experience with minimal disruption, the deck has been developed in six sections off-site in Finland by marine construction experts, ADMARES. The structure has been built in a controlled cruise ship and yacht production facility which guarantees the highest standards in both construction and luxury finish.

Made from steel and weighing around 5,000 tonnes, the North Deck is currently being lifted by crane and lowered onto a grid of 90 steel piles, 914 millimetres in diameter, facing north into the Arabian Gulf.

The deck will sit north of Burj Al Arab’s island, therefore the work around it will be visible from Bab Al Yam’s terrace and the marina garden will be closed off during the installation period. The installation and welding of North Deck is expected to take six weeks to complete, weather permitting.