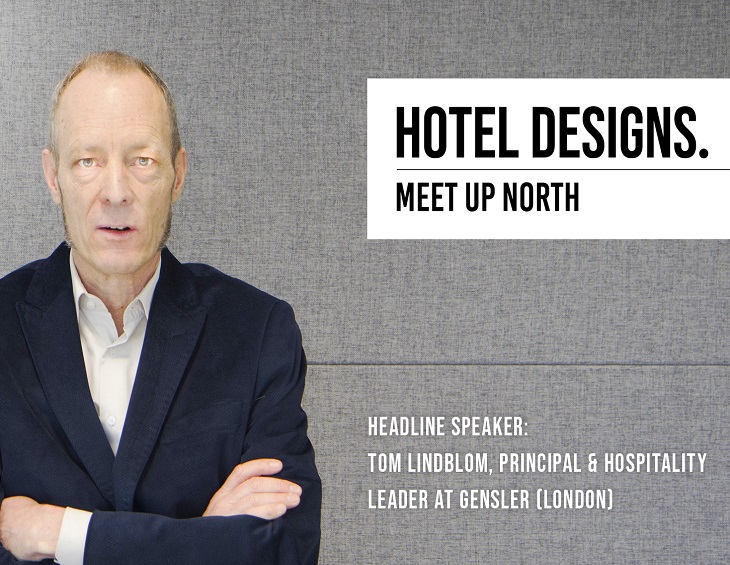 Tom Lindblom, Principal and Hospitality Leader at Gensler (London), has been confirmed as the Headline Speaker for Meet Up North, which takes place at Hotel Gotham, on July 1, 2019…

Hotel Designs has confirmed that Tom Lindblom, The Brit List 2018 finalist from Gensler, will be the Headline Speaker at Meet Up North, which takes place this year at Hotel Gotham’s rooftop bar on July 1, 2019.

Carrying the light theme of ‘creativity outside the capital’, the event aims to bridge the gap in the north between designers, hoteliers, architects, developers and key-industry suppliers.

During his talk entitled ‘Hospitality Is Way More Than Hotels’, Lindblom will share selected projects and his understanding and appreciation for unique opportunities that the hotel sector is currently experiencing. “I am looking forward to a lively session to exchange ideas about the very dynamic hospitality market – all in the fantastic Hotel Gotham,” Lindblom told Hotel Designs. The architect’s presentation will explain how statement hotels can have the power to change the perspective of an entire destination. Closer to home, he will review hotspots in the UK that are seeing/or will see significant growth in hotel investment. Lindblom will also briefly summarise ideas and trends the Gensler Research Institute has uncovered with our Hospitality Experience Index – EXI.

As well as being Principal and Hospitality Leader at Gensler, Lindblom also teaches and lectures on architecture, lighting design and museum design. He recently sat down with Hotel Designs’ editor, Hamish Kilburn, where he granted the publication with an exclusive look inside the inner workings of the architecture firm. “We are really excited that Meet Up North is returning to Manchester for the second year running and I am delighted to welcome Tom as our headline speaker for this event,” explains Hamish Kilburn, editor of Hotel Designs. “His unquestionable knowledge and his unteachable charm enables Tom to effortlessly cut through the noise in order to participate in conversations and debates that actually go on to make a difference on the international hotel design scene.”

Between now and April 30, 2019, early bird tickets for the event are available to purchase:

There are various sponsorship opportunities and packages available for Meet Up North. If you would like to discuss these with our team then please contact Zoe Guerrier by either emailing z.guerrier@forumevents.co.uk or calling 01992 374059.

The hotel, which opened in 2015, prides itself on offering a modern and comfortable experience in a unique and luxurious environment, with exquisite service all within a bespoke private club in the heart of Manchester. 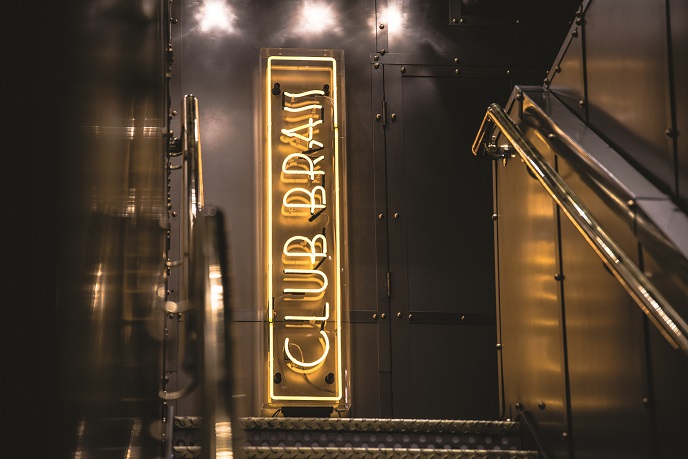 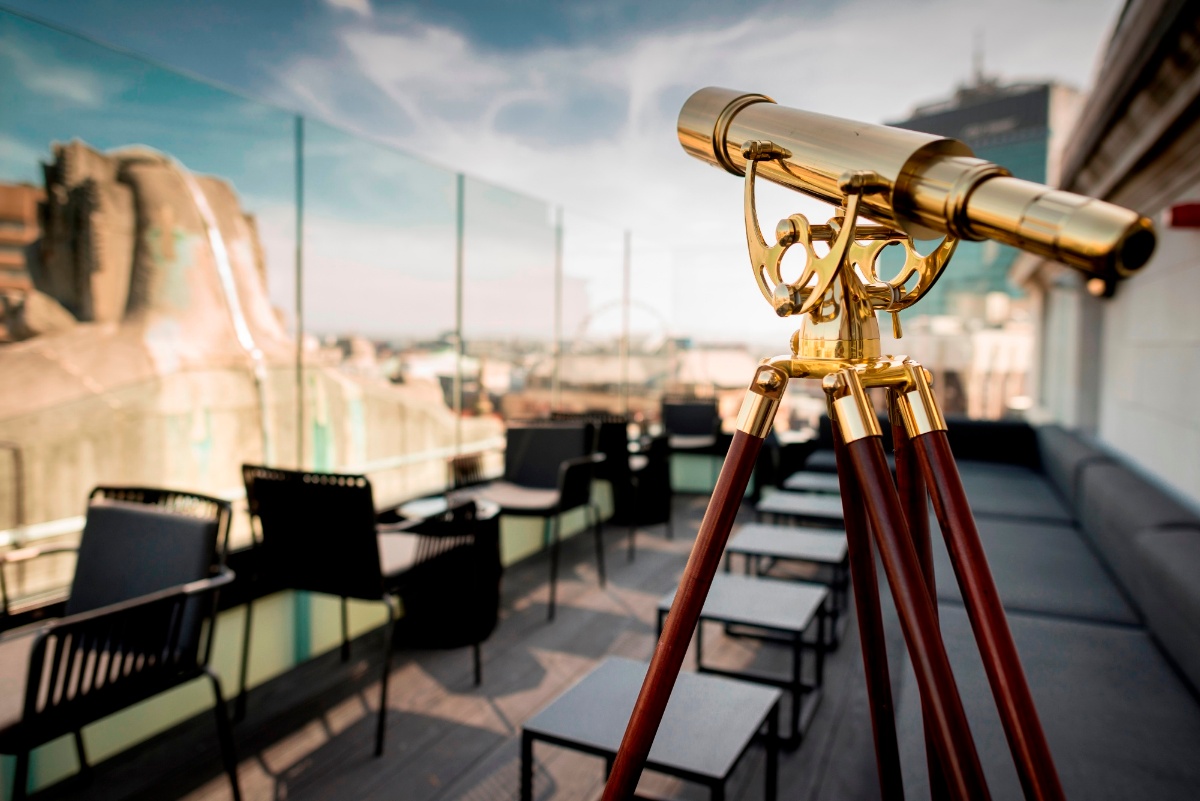 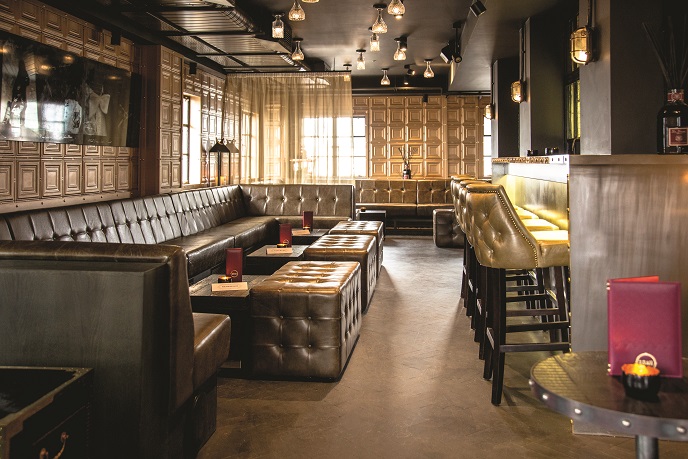 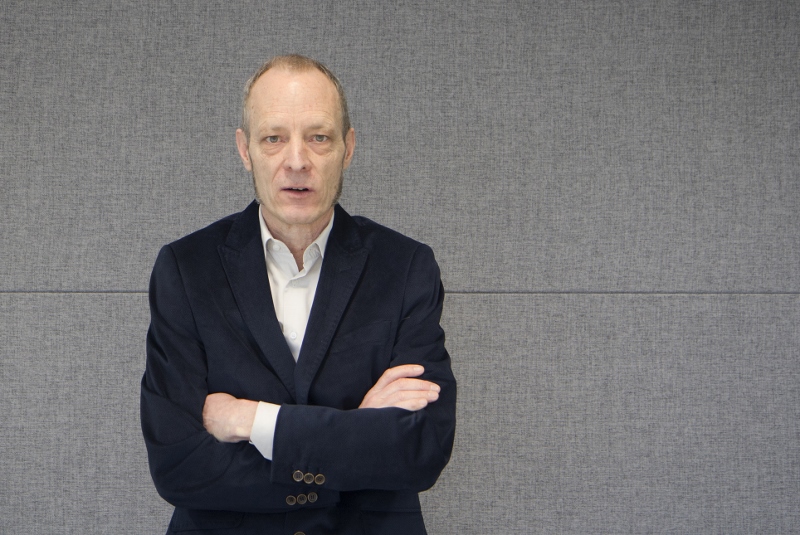 In Conversation With: Tom Lindblom, Gensler

Lifting the curtain to peak inside one of the largest architecture firms in the world, editor Hamish Kilburn heads to Gensler’s UK headquarters to catch up with hospitality leader, Principal and Brit List 2018 finalist Tom Lindblom…

“Designing a hotel is a theatre production,” Tom Lindblom, hospitality leader and Principal at Gensler explains. “If you have ever been backstage at a theatre show, and have seen all the activity that’s going on, you will understand how many strings need to be pulled to ensure that what’s happening on the stage – front-of-house in our case – is going smoothly and flows seamlessly. The magic has to happen without the guests being aware how it is made.” This carefully chosen metaphor used to describe the realities – and often challenges – that modern architecture practices face is my first opportunity to really understand the man behind the vision of many projects in the UK, Europe and in the Middle East.

If we are to continue the theatre theme then I feel as if I have a front-row seat, exclusively invited to the opening night to critique Gensler’s award-winning performance. While the narrative explains how the company came to be one of the largest architecture firms in the world, the lead role is certainly up for interpretation. Lindblom, formally a museum and lighting designer, is one of 15 principals at Gensler and his stage is very much sheltered in the company’s London base in St Katherine Docks, with major plans for expansion. “Our expression is deliberately ‘one firm firm’, which suggests that we, the more than 6,000 employees at Gensler, are one team working across 48 offices around the globe,” he explains. “As a result of this shared mindset, our London office is able to share relationships with others around the world in order to eventually work on projects that would have otherwise gone to other architecture practices – it really is a key element to our global success.” 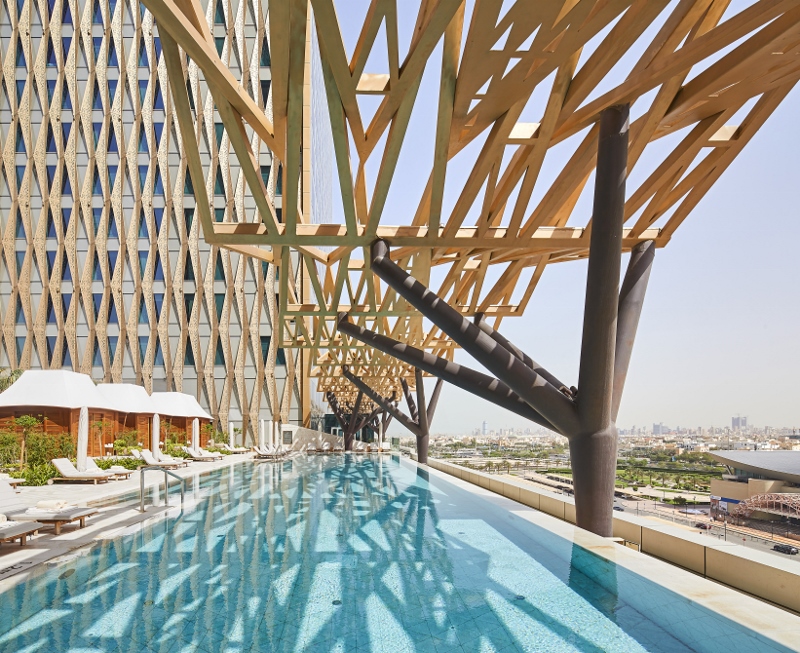 Although the project briefs may change as the demands from operators and owners evolve, one thing remains constant in Lindblom’s eyes; team work really does make the dream work. “As an architect, the sooner you are working with an interior designer on a hotel project, the better the end result will be,” he says confidently. “Many see our industry as a triangle, but in actual fact it is a square,” he says. “That shape is between the owner, the operator, and the two designers – architecture and interiors – everyone needs to be reading off the same script.”

“The landscape of the hotel is as important as the architecture.” – Tom Lindblom

Whether we should design hotels that are Instagrammable is a topic that we are used to debating, I am keen to understand how, in Lindblom’s eyes, social media is dictating the design of the modern hotel. According to him, the pool in a resort hotel tends to be the ‘wow’ moment. “For a luxury resort hotel we designed in Croatia, for example, the ‘wow’ moments are a pool bar and grill and the water-front adult pool,” he explains. “The landscape of the hotel is as important as the architecture, and that’s why we work closely with landscape architects as well. At Gensler, we are very fortunate to have in-house landscape designers, which is often absolutely integral to the success of the project.” 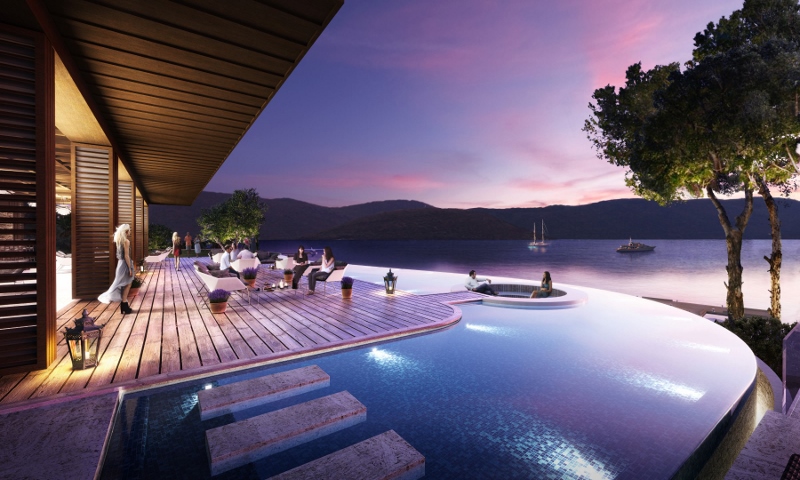 Some of Lindblom’s most memorable curtain-call openings include St Regis Langkawi, Malaysia and the unforgettable unveiling of Four Season Kuwait at Burj Alshaya. Closer to home, though, since becoming one of the finalists at The Brit List 2018, Lindblom has been working on the interiors for a Hilton hotel project in Woking, Surrey. “There will be a great rooftop bar and restaurant, which is our answer to the operator’s brief, wanting to create certain ‘Instagrammable moments’,” Lindblom explains. “Our aim here was to open up the public areas to amazing panoramic views that can become an attraction for both guests and outside visitors.”

Gensler’s recently published Hospitality Experience Index concludes that hotel public spaces are changing. “Single-use public spaces are dead,” Lindblom claims. The report concludes: “The best hotels know that designing for today’s everything/everywhere customer doesn’t mean being everything to everyone -but it does require a new approach to understanding what guests want that goes far beyond business vs. leisure or millennial vs. boomer.” In response to this, Lindblom says: “Before we start drawing the shape and design of the building, we should be asking what experience we are trying to create.”

Hamish Kilburn: What would you say, in your opinion as an architect, is the best designed city in the world?
Tom Lindblom: I love Paris and New York, but the city that made a big impression on me recently was Ljubljana, the Capital of Slovenia.

HK: What would you be if you weren’t an architect?
TL: A Sculptor

HK: What, in your opinion, is the worst designed hotel?
TL: There are too many to list

HK: What is your biggest bugbear when travelling?
TL: Wheely bags! I hate them!

HK: What is your favourite colour?
TL: Anything with stripes!

HK: Do you have a favourite project?
TL: They are all special, but I am really proud of the Four Seasons in Kuwait – I feel as if we need end credits to list all the people who brought that vision to life, all led by an amazing client.

There is a certain ignorance that comes from reviewing hotels, one that typically completely ignores the foundation of what is, as Hilton Hotels puts it, the heart-of-house. “The back-of-house, or backstage of any hotel performance, has to be designed around functionality,” Lindblom explains. “Our job here is to design an area that will maximise service and overall productivity, which in turn leads to a seamless guest experience. Although these areas won’t have all the finishes that you see in front of the staging, they are a vital part of the production.”

In the backstage access-all-areas interview, I am eager to learn what it takes to be cast as one of the leads at Gensler. “Believe it or not, listening is the fundamental skill to be a good leader,” Lindblom says. “When we are failing, we are not listening, which interestingly is the same for both staff and clients”

For this interview’s dramatic final scene, Lindblom explains how his past experience as a lighting designer has helped him to sketch and create some of the world’s most impressive design hotels. “There is just way too much artificial light in the world,” he explains as he points to the light directly above our heads, which creates glare while we are speaking at the table. “The starting point for a lighting designer should be darkness. Then you build up from there, considering the light sources, the times of day, colours and finishes, and ultimately the intention for the spaces.” And like any hit Broadway or Westend show, the production fades on a cliff-hanger conclusion as we wait to witness the unveiling of Gensler’s next hotel project.