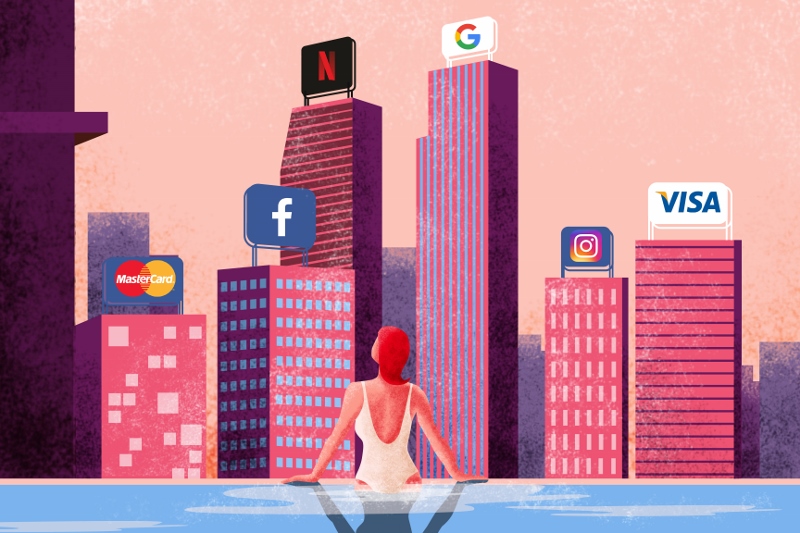 In part four of Designing Instagrammable, Scott Valentine, the Managing Director of Valé Architects, explains the benefits and potential of analysing big data…

There’s a funny internet meme doing the rounds of a little boy asking Mark Zuckerberg if it’s true what his dad says that Facebook is spying on people, to which Zuckerberg simply responds ‘he’s not your dad’.

But while the Cambridge Analytica saga may have done some serious PR damage in the short term, big data’s here to stay. Not in the least because it’s quite literally unstoppable.

Advertising companies, insurers and supermarkets have been using big data for quite some time now because it allows them to better tailor their products to their users. In design, however, it’s still very much in its infancy.

At Valé, we predict a huge shift over the next ten years in hospitality design. It’s a shift where predictive behavioural analysis will gradually replace the industry’s traditional reliance on intuition and guesswork – hopefully putting an end to wasteful design once and for all.

Big data involves extremely large data sets which can be analysed by computers to reveal patterns and trends about how we behave and interact with each other. It’s closely linked with Artificial Intelligence (AI) which allows machines to evolve and improve their own learning by consistently updating their data sets.

It’s a pretty common misconception among designers that big data bears no real relevance to hospitality design. We disagree. At Valé we see huge potential in big data helping us to further personalise guest experiences in the hotels, restaurants and bars we design.

The shocking misuse of personal data by companies such as Cambridge Analytica and indeed Facebook itself has given big data a bad rep. Unfortunate as it is, this isn’t likely to be more than a temporary blip while society tries to wrap its head around some of the ethical boundaries.

From a design perspective, we can’t foresee many ethical issues. After all, we’re not seeking to influence a guest’s thinking or political views. We’re only seeking to understand their needs better so we can predict their behaviour and movement on site, which will then allow us to design our building around that.

Personalising guest experiences has probably been one of the biggest trends in hospitality over the past ten years. It’s a scary concept for many business owners and operators. After all, how do you personalise your services without losing your economies of scale? But it’s a big issue for us as designers too, because how do you design a building that caters to so many different people’s unique taste and needs?

Luckily, and no matter how wonderfully weird and unpredictable we like to think of ourselves, we’re also creatures of habit. Whether we like it or not, our behaviour follows patterns. Big data allows us to uncover those patterns.

With the right information and of course the right tools to interpret it, you can predict most types of behaviour ranging from a person’s spending habits and their family set up, to their living situation back home and how influential they are on social media.

As designers this then allows us to predict how a particular type of guest is likely to make use of a building, for example where they’ll prefer to sit, how much they’ll spend and the kind of pictures they’re likely to post on Instagram.

From a business owner’s perspective, it allows you to increase your bottom line by allocating your design budget and resources in those areas of your building where you’re future guests are likely to spend most of their time and money.

Speaking of personalisation, many operators and designers rarely get any further than the generational ‘millennial’ tag when it comes to identifying their target customers. But those elusive millennials love everything from a cheap bamboo beach shack in Bali to the Hemingway Bar in the Paris Ritz.

It simply doesn’t make any business sense to cater for such a big niche. And as the quote goes, ‘if you try and be everything to everyone, you’ll end being nothing to no-one.’ You really need to understand the world of the customers and guests who are likely to be coming through your doors.

We’ve previously written about the design approach which brings together User Centric Design (UCD) and guest profiling. As we continue to fine tune our own guest profiling for the hospitality industry, we’re particularly excited about the work that’s also being done elsewhere by a number of startups and others. They provide the backbone data for the type of behavioural analysis that makes it possible to more or less accurately predict how your building is likely to be used.

Companies such as Helix Personas, Defin’d, Experian and Ipsos make use of data sets built through either tracking apps, websites, surveys, local statistics providers, or a combination of those. They build very specific user profiles and behaviours by merging their own data with additional datasets such as hotel bookings, surveys and tracking apps.

Other startups such as Neighbourlytics and Picodash go even further by pairing their data with information that’s public on social media accounts, or with certain government data sets which give them a better understanding of public behaviour in a particular local economy.

With the growth of consumer networks like fitness tracking, food delivery apps, shopping services and social media, the volume of consumer data is growing at an extremely rapid rate. These datasets provide massive opportunities for us as designers to better understand the behaviour of our future guests and to put an end to wasteful design.

Big data is already big business for most banks, insurance companies and advertisers. Very slowly we’re starting to see a shift in attitude closer to home, with a number of large-scale developers dipping their toes in the water. Some are already in the early stages of user profiling as a way to help them build homes that are better suited to their target buyers.

At Valé, it’s our core mission to be at the forefront of innovation when it comes to guiding our design process. We’ve no doubt that big data analytics and behavioural analysis will be the bread and butter for hospitality design in the next ten years. Trust us, you won’t want to be left behind on this one.

This article is part four of a series of five. See below links to previous articles: 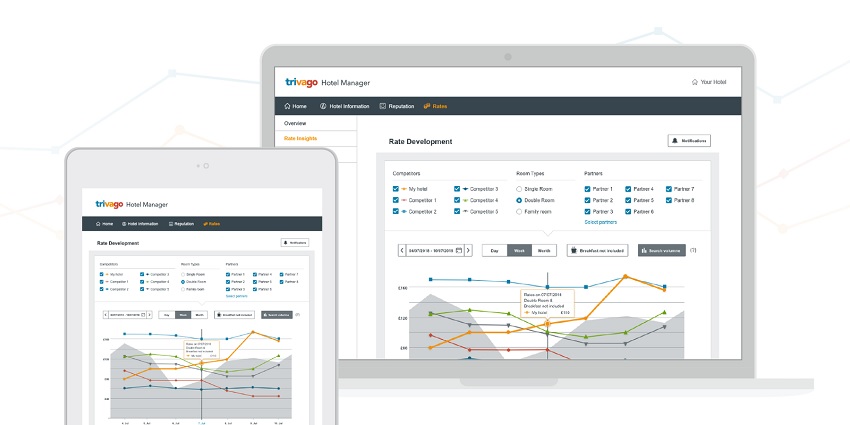 trivago has now made over 5 billion room rates visible to hoteliers around the world. With its new Rate Insights feature, trivago grants hoteliers access to an unbiased and comprehensive set of data on traveller demand and competitor prices, enabling them to compare room rates from over 250 booking sites as well as official hotel websites on a single dashboard.

trivago Business Intelligence data reveals that independent hotels visible on trivago have on average 8,000 rates online a year. Johannes Thomas, Chief Revenue Officer and Managing Director at trivago, said: “We understood how difficult it is for hoteliers to find, monitor, and analyse competitor room rates across hundreds of booking sites.”

He added: “We were quick to realise that the price comparison data we provide to travellers is equally valuable for hoteliers. Therefore, we created a rate shopper that gives hoteliers easy and actionable access to this data, as well as data on traveller search volume that reveals fluctuations in demand. No other rate shopper has this combination of data in this amount and with this granularity.”

Instead of gathering data from just a few booking sites, Rate Insights aggregates rates from over 250 websites and makes it easy for hoteliers to compare them by room type and other variables. It also enables hoteliers to respond quickly to changes in the market and anticipate what upcoming local events can be leveraged to boost RevPAR. Hoteliers overcome the time-consuming challenge of monitoring the market, their competitors’ prices, and their own. They know when and by how much to adjust their direct rates and all those listed with OTA partners to stay competitive online.

“With the Rate Insights feature we’re able to see our competitors’ prices and position ourselves in the market. And the statistics are beneficial when there are sudden changes in the market and we need to adapt accordingly,” said Maximilian Kaufmann, Managing Director, Hotel Alte Krone, Kleinwalsertal, Austria

Utilising data is becoming more and more crucial in making decisions that will lay the foundation for future success. By displaying its rate and traveller demand data on a single dashboard with simple analytics, trivago has made it easier for hoteliers to access, understand, and act on data to increase their competitiveness online.