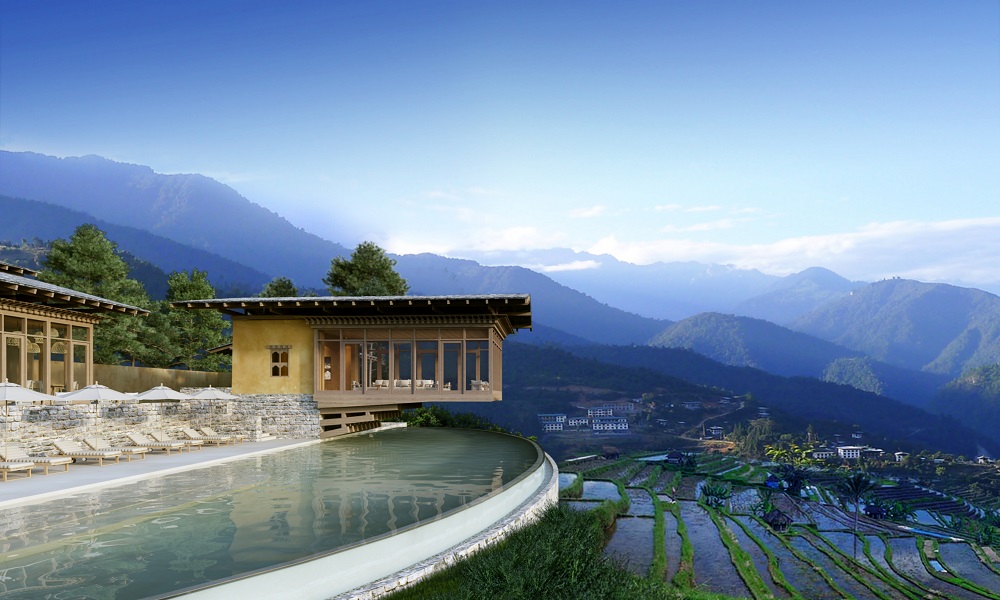 Set jewel-like between two giants, Bhutan is an age-old culture where the population remains untainted by the outside world; a world with which they had no interaction until the 1950s and from where their first real international visitors arrived by invitation in 1974. This amazing Kingdom coined the phrase upon which the success of the country is measured – Gross National Happiness.

Six Senses Hotels Resorts Spas has designed a project that is actually five individual satellite resorts in five separate locations, but all under the umbrella of one all-encompassing name: Six Senses Bhutan. It is five unique experiences crafted into one enchanted journey through the Kingdom. With a total of just 82 guest suites and villas distributed between five intimate lodges, guests will visit the heritage and hospitality of Thimphu, Punakha, Gangtey, Bumthang and Paro in the colourful Kingdom known as the Happiest Place on Earth. 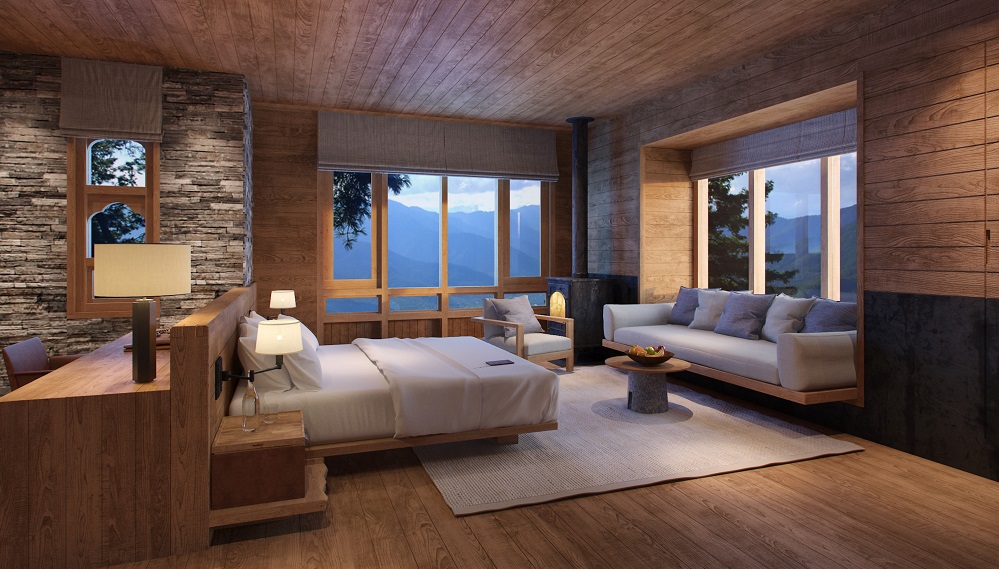 Each of the five locations was identified with a specific and appropriate theme, so that as guests move between them they experience a journey through all their senses. Begin in the capital of Thimphu, where the design emphasis is on culture. As a juxtaposition to tradition, the interiors are modern with clean lines and an abundance of wood paneling, whitewashing and natural stone. Beautiful cultural items, handcrafted objects and intricate weavings are shown against this uncompromised backdrop. Old solid wood is repurposed into table and bench tops, while handcrafted rust-colored brick is used for structures.

Second stop on the circuit journey is Bumthang, where a forest within a forest has been created. Accommodations are set within verdant woodland, with expansive windows that welcome the outdoors to be a part of the guest interior experience. Recycled old wood is used for furnishings such as lamp bases and occasional tables while uncluttered interiors create a feast for the eyes with patterned timber walls and warm recycled wooden floors. An interior natural palette creates a delightful foil for the colorful woodland exterior.

Moving next to Punakha, the feeling of a traditional farmhouse in this rural region of fertile land and terraces has been created. Extra depth has been added to the clean lines espoused in the previous decors with the addition of mud brick features in the bathrooms, light fittings cleverly crafted from mason jars as the community would once have used, woven bamboo feature walls and the clever use of bamboo and rattan items of interest. 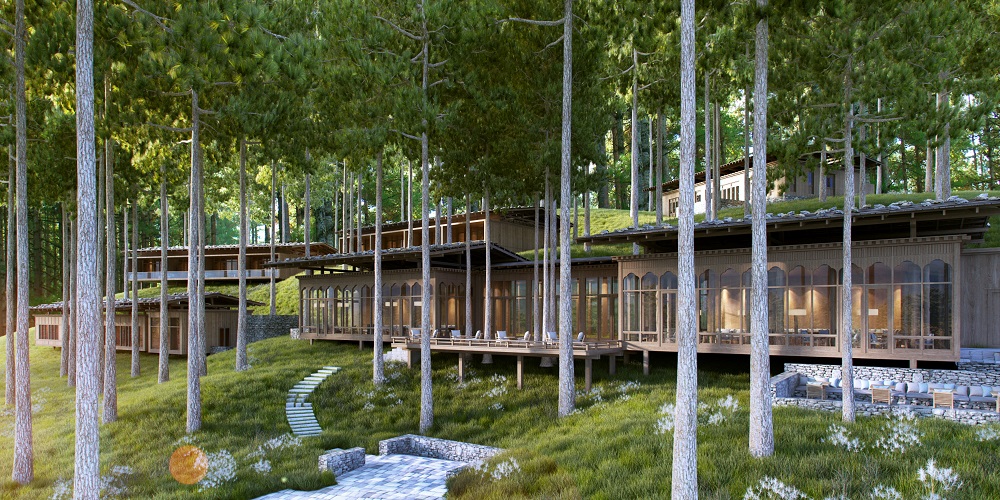 The fourth gem on the journey with Six Senses Bhutan is Gangtey. While maintaining the uncluttered lines and natural palate, beautifully weathered timber floors and accented walls have been introduced. Warm leather details into comfy armchairs and footstools, occasional tabletops and the hanging straps of nifty bottle lights have been incorporated. A feature of the Gangtey chalet is the unique bird-watching bridge. It is crafted from local stone and enclosed with expansive timer-framed windows to enable guests to get close to their feathered friends.

The fifth stop is Paro. It is the site of old stone ruins, the ambience of which has been playfully brought to the interiors, with hewn stone walls and working fireplaces contrasted with mid-tone vertical timbers sourced from renewable supplies. There are community-gathering spots in which to share tales of the journey with fellow travelers in the warmth of an open fire.

Six Senses Bhutan will open in the second half of 2017.