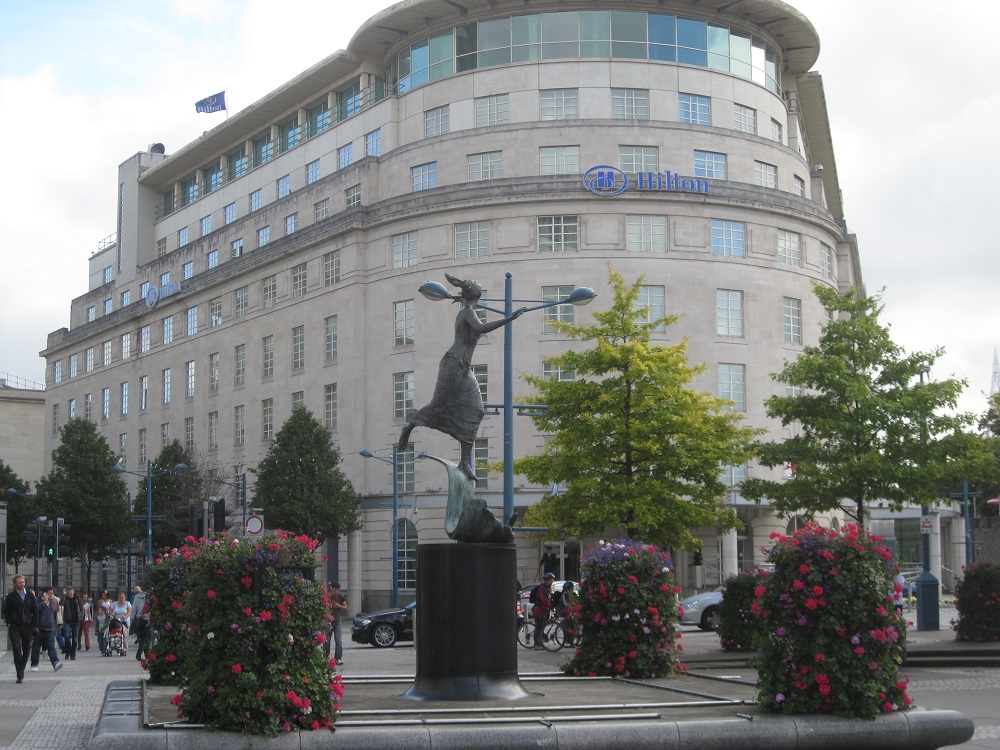 The hotel market in Cardiff has boomed. Most of the major chains are now present, and the City has bloomed under devolved government, tourism developing as the waterfront and other developments have increased its attractiveness. The city always had an impressive city centre. The civic government offices are amongst the most beautiful in Europe. The location of the Hilton makes it almost a part of the Civic Centre area and it is a natural choice for guests linked to Welsh national events, as we saw on this second visit. The Argentinean rugby team was headquartered in the Hotel, making full use of its health club and spa (as OH observed though, looking too small physically to be a threat to the Welsh team).

Some of the effects of developments in the town have been negative for hotels – for example, the arrival of restaurant chains such as Jamie Oliver’s ‘Jamie’s Italian’. This has raised the level of competition for the food spend, and numerous bars and restaurants provide guests with an alternative eating and drinking experience wider than that which was available in the early years of this century. Combined with an economic downturn, as marked here as anywhere else, competition is intensifying.

On my last visit, I commented on the excellence of the maintenance programme. The owners have completed a soft refurbishment and the entrance areas have been redesigned and refurbished. I met with the hotel and heard about their forthcoming major refurbishment plans. 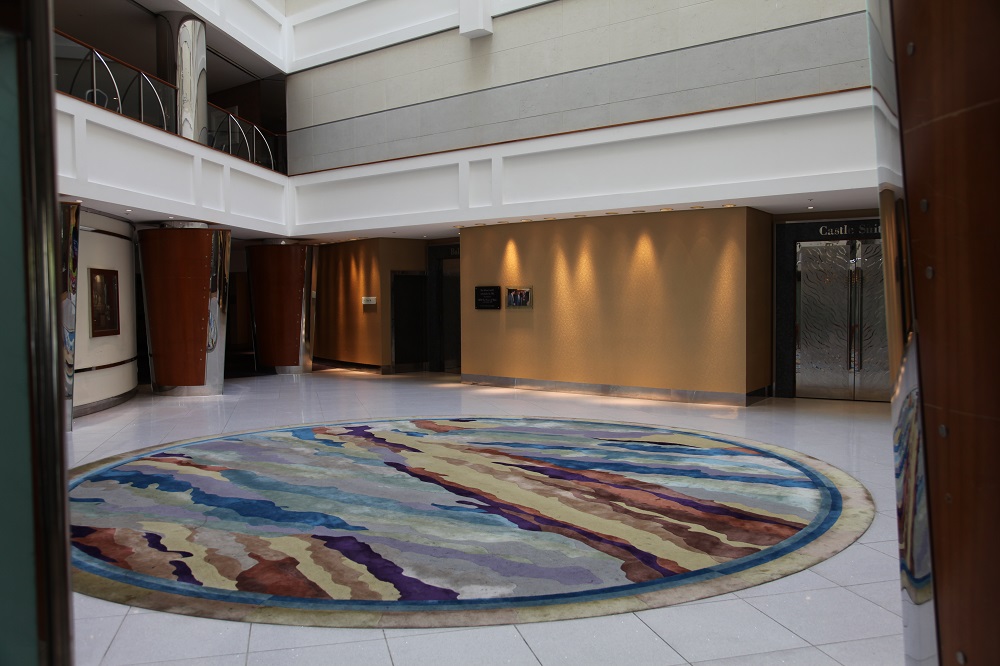 There are wrinkled brows as to how the hotel is to compete within the food and drink market in Cardiff. As the doorman pointed out to me, the rate of new openings was such that the same market was being pulled from one new venue to another. I have seen this phenomenon before, strangely, in Carlisle in Cumbria. There a pub refurbishment could guarantee the pub an enthusiastic crowd until a competitor refurbished, at which point the crowd would move to the renewed venue. This seems to be beginning to happen in Cardiff, with the followers of fashion providing the audience. Whilst the main restaurant food offering in the hotel is of a high standard, and the superb location opposite Cardiff Castle and adjacent to the Civic Centre makes competing for evening and lunchtime business easier, attracting the lunch time and passing tourist trade into an hotel to eat is difficult.
The opening up of the bar to the reception area has provided a much more welcoming entrance area for the hotel. It appears to be successful as a social area in the hotel, and as a meeting zone, but the secondary restaurant is now restricted in its opening times. Whilst the bar and main restaurant have high visibility, the secondary restaurant, the Steam Bar, suffers from a low street presence along with a low visibility within the hotel.

Hilton’s policy on Wi-Fi access allows free access through BT Hotspots in the public areas, but this is a poor service as the free bit is largely limited to BT customers. When competing coffee shops offer a fast free service this again puts the hotel at a competitive disadvantage unless the guest is in a business room, where the Wi-Fi is free and use of the business lounge allows access to the same free Wi-Fi system. 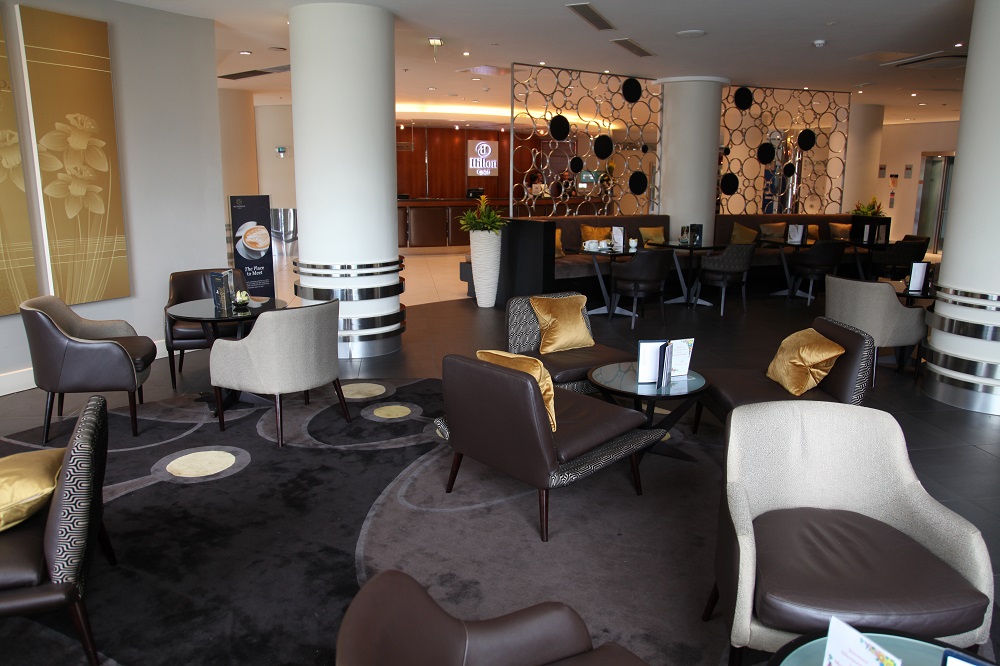 The use of hotel lobby and dining services for informal business meetings is increasingly determined by the diner being able to use the tablet or laptop computer to access the web whilst in a luncheon meeting. Equally, the use of hotel public areas for informal business meetings requires a similar open access system for success. BT’s system falls short for people who are not already BT subscribers.

The hotel is well maintained and housekeeping is of a high standard. A soft refurb of fabrics and carpet has kept the bedroom areas looking contemporary, and they are competitive with other hotels. The rooms are large and the original design by KCA has been long lived. The bathrooms, which in my initial Review I considered a little less than luxurious despite their size are now the focus for the next upgrade programme, complicated by the fact that the large showers are not on the main service duct. Having the main plumbing services coming through the service duct to the bedroom makes not only maintenance easier but simplifies upgrades. Here the large curved shower walls contain the plumbing for the showers, making upgrade that bit more difficult without major works.

Hilton’s approach to design management appears strange to me, as they do not maintain relationships with their design practices. The original designer was Khuan Chew of KCA, a leading interior design practitioner, famous for her work on the Burj Al Arab, Dubai’s famous ‘sail’ hotel. Hilton have not maintained a relationship with the practice apparently (I was told) because Khuan Chew did not do all the presentations herself. Expecting the head of a practice to do all the presentations seems to be a common client perception and I wonder whether Mr Foster, Mr Gehry or Mr Piano are expected to do all their presentations themselves? 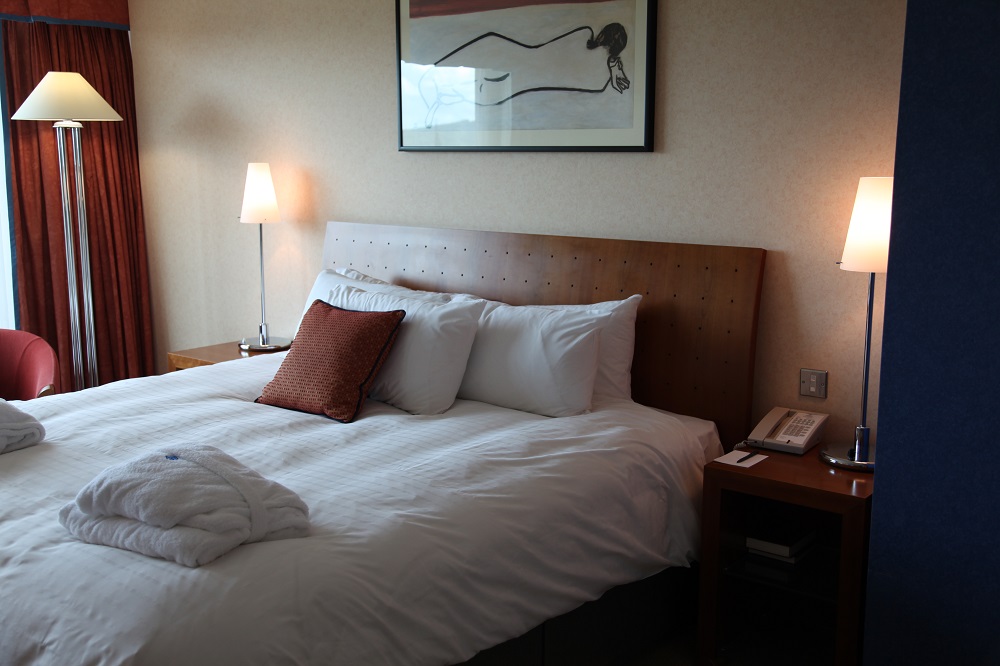 It is not surprising that there is inconsistency, indeed incoherence, in design management at the major brands. At Marriott, for example, the bathrooms in the Renaissance Paddington are no match for those in the Marriott West Quay – why the variation? Why the apparent lack of trust Hilton place in their design list, epitomised by their failure to develop superb concepts such as that of the Hilton Diagonal Mar or Chicago’s Doubletree, the Wit into lifestyle brands instead of poaching ideas from other companies. At least at Hilton one cannot question the operational standards, and Cardiff demonstrates why they are such a consistent performer in the business market. The food is good, the interiors work well and the staff is well trained and efficient. As a first stage in bedroom refurbishment a major ‘presidential’ suite has been created (see the video).

The hotel does not attempt to be a boutique, and those looking for a boutique sense of funky style may be better staying at the Big Sleep down the road, but there is undoubted high quality here. There is an excellent small spa along with a Living Well gym operation and a swimming pool. It may be that the future for the Steam Bar is to become a part of the hotels pampering operation rather than trying to compete with the other food operations, or maybe it could become an adjunct to the already popular business services, oriented around serving the informal meeting market more formally. Perhaps a relationship over years with a designer who grew to know Cardiff and its market might have helped the hotel to judge how to balance its offering in the local market better, although with very high occupancy rates the marketing team and the owner have obviously positioned their hotel standards in the right place. 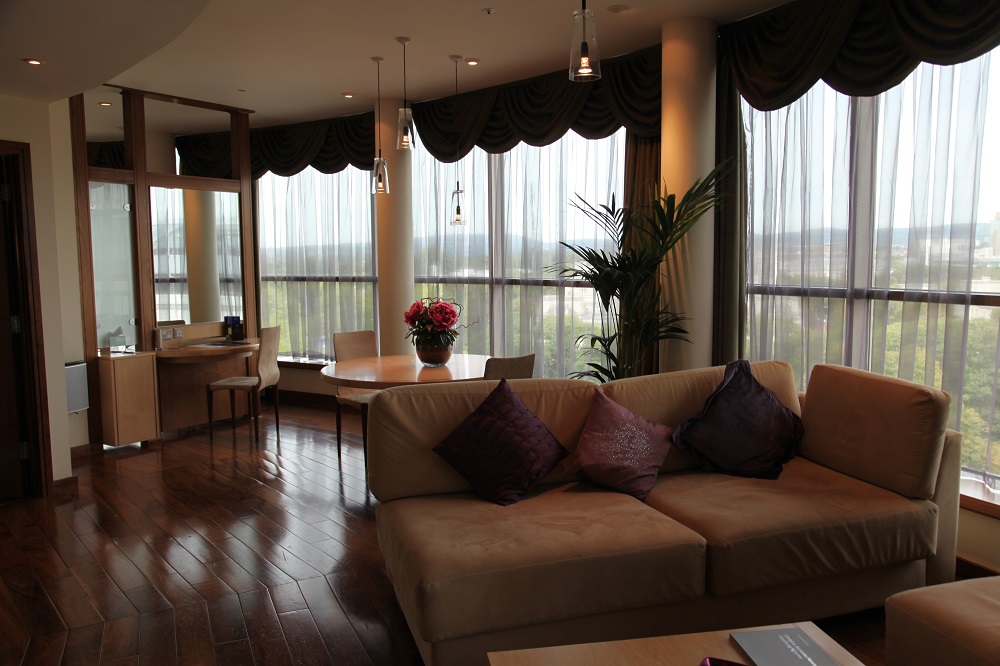 In difficult economic conditions Hilton seem to me to be getting their offerings pitched at the right level. As I will show further with the forthcoming Review of Hilton Liverpool, the chain is pitching as a very good four star, with business rooms offering enough to be almost five star in scale and nature of the offering to the guest. The group may be regarded by many designers as very ‘middle of the road’ but their operational standards and criteria seem to me to be right on the ball. If their design managers were equally able to exploit the quality many of their designers demonstrate, then the brand could not just be a leading business brand, but also lead the way in the lifestyle market.

Cardiff, with its upcoming refurbishment programme, could potentially become a test-bed. The rooms are large. The franchisee cares enough to be that rare owner who refurbishes and maintains the property in an exemplary manner. The operational team is experienced and eager. Perhaps, drawing on the Wit experience, the new design management team at Hilton will be bold enough to step once more towards creating a leading lifestyle brand experience.

From a visit in September 2011. Words and images © Patrick Goff